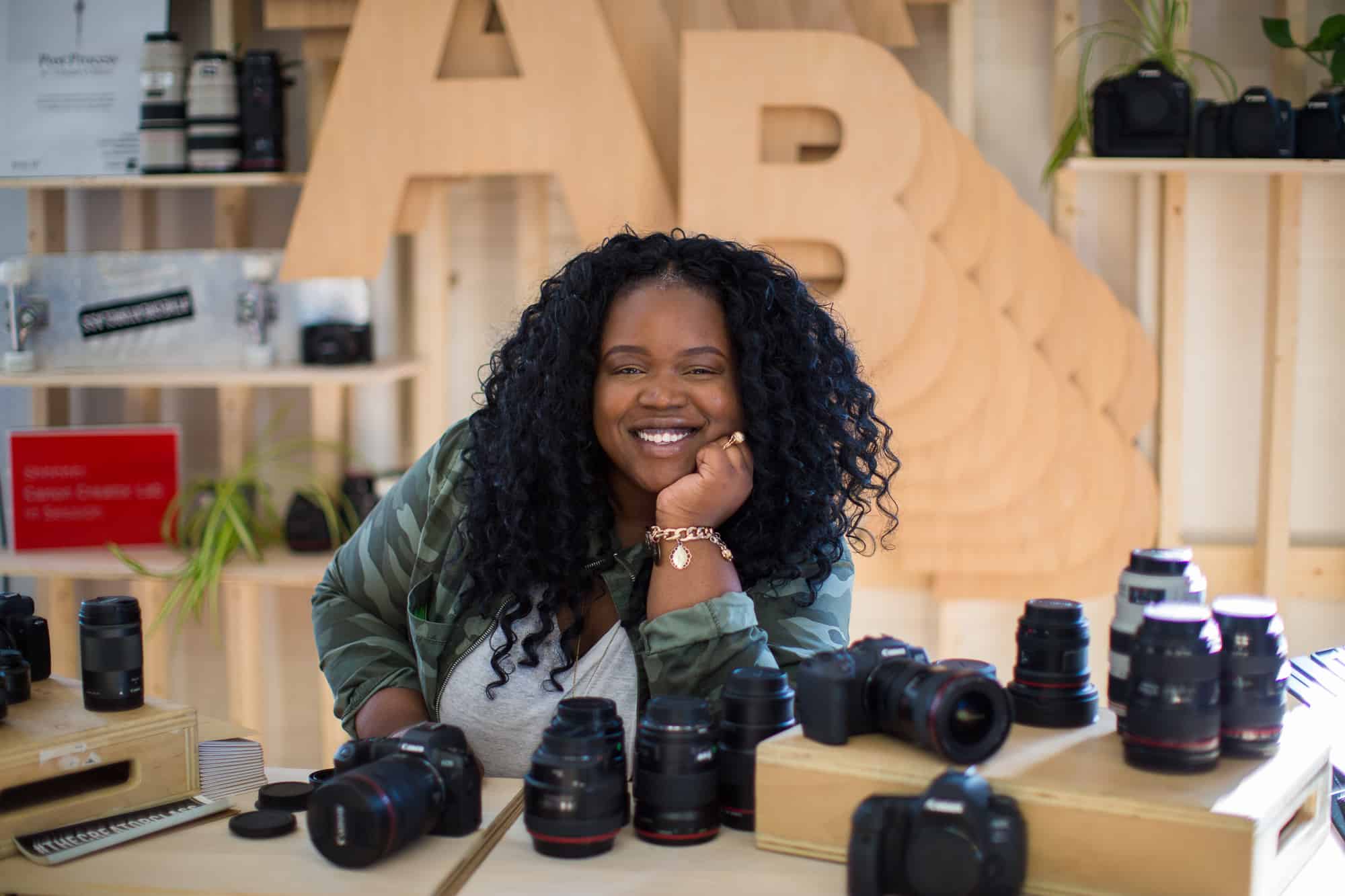 While 2020 will not be remembered fondly by most, it’s been a tremendous year for Toronto writer, director, and producer Sasha Leigh Henry, who had two films premiere at TIFF this September.

“A career highlight was definitely having both Sinking Ship (which I directed) and Black Bodies (which I produced) premiere at TIFF,” she says. But there’s more—last month Henry was also honoured as part of RBC’s annual Women In Film series, which spotlights leaders in the Canadian Film and TV industry.

Henry is currently in development with New Metric Media for an original comedy series about a millennial black woman and her imaginary hype girl. We’re certain her subtle offbeat humour is sure to make it a hit.

Invigorated by her success, we connected with Henry to ask her about her journey thus far, and how she manages to stay motivated in a cutthroat biz.

My friends, my peers. They are what have always made me feel hopeful through tough times and they are what keeps me hopeful for our industry. I work with highly creative and sharp women at the helm of projects all the time. I see my peers and friends moving up the ranks and taking doors off hinges as they pass through them. I feel incredibly grateful for the diverse network of colleagues that I witness push for change in new and different ways all the time.

Funny enough, I rarely have ever felt creatively discouraged, only financially discouraged. Not taking in enough money in pursuit of your own original ideas is a thing that a lot of artists face, and is the only time I’ve ever considered doing something else. Financial stress is worst in my opinion, it can be debilitating for anyone, but especially artists who often operate in the gig economy and already work in a precarious industry.

However, I know I’m meant to be a storyteller in one way or another. I know my purpose is to deliver stories to audiences that help them be less afraid and see themselves more whole and human. Even if I were to become a real estate agent tomorrow, I know that at the end of that career run, even if it’s 30 years from now, I would still want to sit down with some people, friends and strangers alike, and share stories.

Now, when I do find myself discouraged creatively or financially I lean on my friends and colleagues. Everybody needs community and mine is how I get by. I cry to them at least 4 times a year.

CONCRETE COWBOY – I looooooooved this film at TIFF. Loved it. Stellar first feature, beautiful father son bonding and stunning imagery. Yes. Please. Also, LOVECRAFT COUNTRY – Misha Green is THAT GIRL, you hear me? I mean layers on top of layers on top of layers. That genre of show really isn’t my favourite and even I watch every episode like “Damn, Misha, you really wrote the hell outta that scene.”

What does it mean to you to be part of the RBC Women In Film series? How did you feel when you first received the news?

V.T Nayani, Jennifer Podemski, and Jennifer Liao. I felt really honoured when they asked me to be in the video. At the time, I didn’t quite grasp what being in the trailer for TIFF meant to be honest, but the love I’ve received from people who knew me saying how proud they are of me and excited for the work I’m making, truly meant a great deal.

In the most extra sense, self care to me is a one-night stay at a hotel with a robe, an order of chicken wings and cable TV. Oh, and a massage to top it off, if I’m being honest.

In the simplest sense and the version I have to opt for a lot more often (lol) is me being at home with no meetings booked, phone off, and just spending the day with myself listening to music, thinking, and likely cleaning. I’ve also really started to enjoy cooking for myself and making some unnecessarily extra dinner because I can, and I want to.