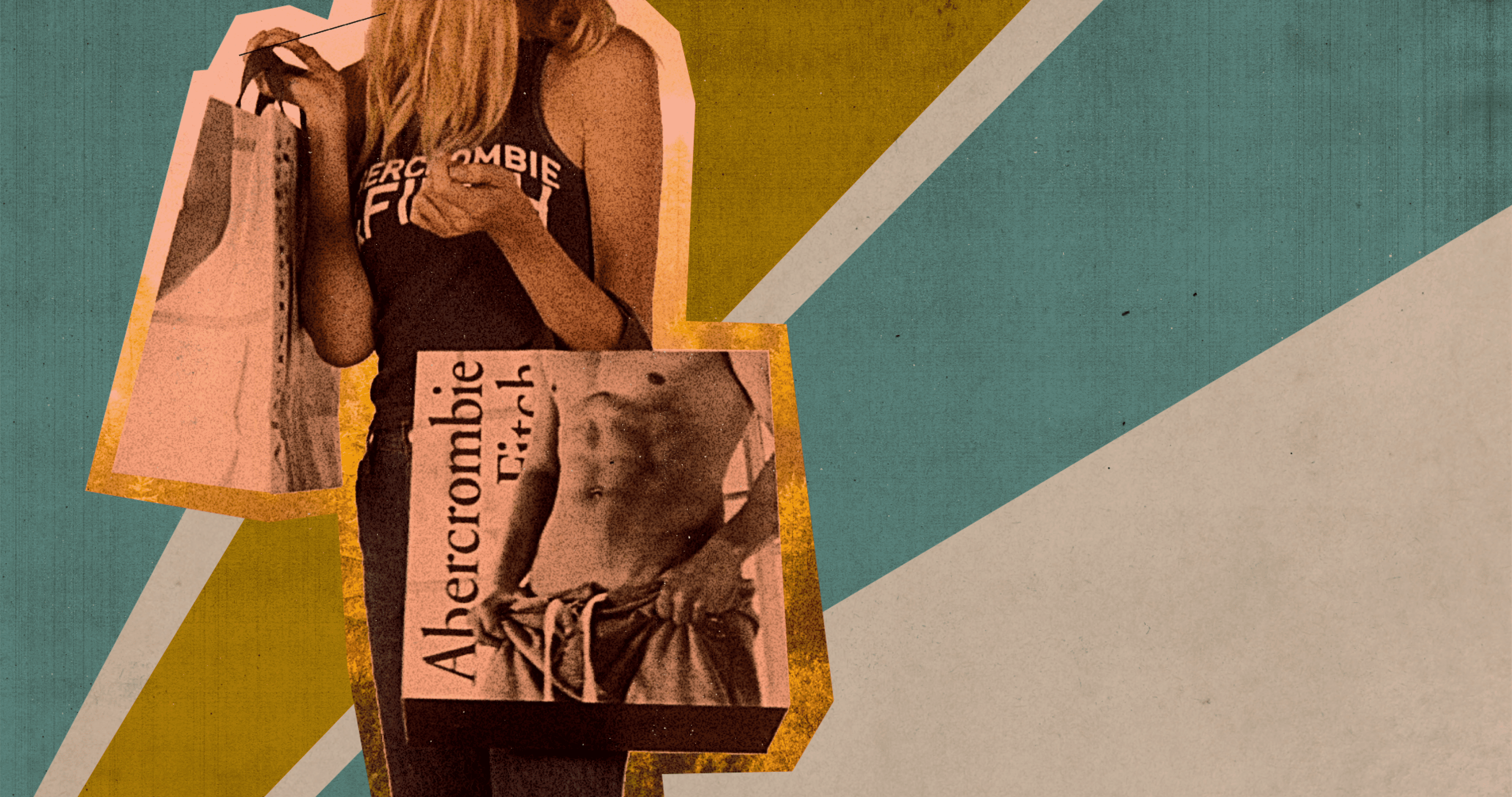 We haven’t thought about Abercrombie & Fitch for about a decade, but the brand used to be ubiquitous. Photos of ripped white youth used to dominate billboards, the pages of magazines, and the bags that hung on the arms of shoppers everywhere. Seeing the words “Abercrombie & Fitch” in our inbox today was a blast from the past that sent a wave of bad-smelling nostalgia through our system and gave us chills. We’re definitely watching the new doc White Hot: The Rise & Fall of Abercrombie & Fitch’ that does an investigative deep dive into the disgraced and racist fashion label.

In the late ‘90s and early ‘00s, Abercrombie & Fitch was the first stop for many shoppers on their trip to the mall. Shirtless jocks stood guard at store entrances, selling a potent mix of sex and wholesomeness. Pulsing dance beats and the brand’s fierce scent drew in hordes of young people hoping to buy themselves a seat at the cool kids’ table. Led by outspoken CEO Mike Jeffries, A&F cashed in on an “all-American” image and enshrined its clothes as must-haves for the new millenium. But over time, revelations of exclusionary marketing and discriminatory hiring practices began to engulf the white hot brand in scandal. Featuring interviews with dozens of former employees, executives, and models, White Hot: The Rise & Fall of Abercrombie & Fitch  unravels the complex history of the iconic brand that influenced an entire generation.