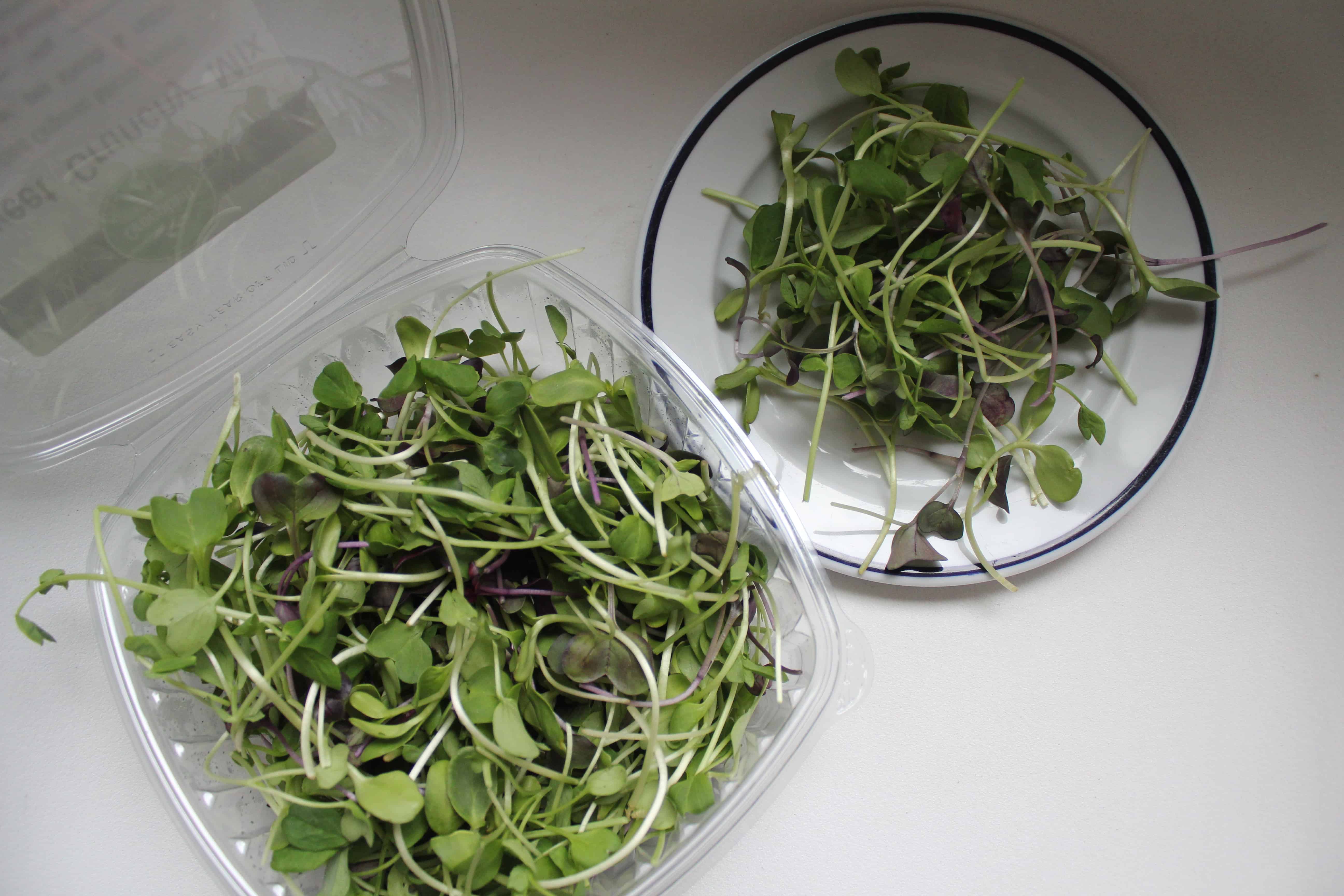 Let me introduce you to microgreens if you haven’t been introduced already: microgreens are the shoots of salad vegetables like arugula, radish, cabbage and beetroot, picked just after the leaves have developed, less than fourteen days after germination. A microgreen is small—about one to three inches long. The theory behind them is that eating a vegetable when it’s in its embryonic state allows it to be more nutrient dense as all of a vegetable’s nutrients are present after germination, but the water content that dilutes crops as they mature hasn’t yet arrived.

At first the idea that microgreens are nutritional powerhouses compared to their full-grown vegetable counterparts was just speculation. But numerous scientific studies have proven this theory to be true. One University of Maryland study, published in the Journal of Agricultural and Food Chemistry, found that microgreens were four to forty times more concentrated with nutrients compared to their mature counterparts. For example, red cabbage microgreens had forty times more vitamin E and six times more vitamin C than mature red cabbage.

But microgreens are not only nutrient-dense; they also require little to no preparation to eat. Most come in pre-washed salad boxes, meaning there is no peeling, washing or chopping standing between you and your miniature vegetables. They are also time and cost effective to grow; while regular salad vegetables take eight to ten weeks to ripen, microgreens are ready to eat in less than two weeks. If we are thinking from a conservation standpoint, the production of microgreens requires much less water.

But if microgreens are so much more nutrient dense, cost effective, and sustainable, why has it taken us so long to jump on board with these tiny leafy gems?

My theory is that eating microgreens can’t help but conjure images of 1990s food past. Unfortunately, they look and taste a lot like gentrified alfalfa sprouts. This isn’t necessarily a bad thing. Remember when alfalfa sprouts used to be on your sandwich every day? They were crunchy and sweet, and lent that much-needed je ne sais quoi to any sliced bread and cold cut concoction. And then, just when they were at the peak of popularity, they made tens of thousands of people sick with Salmonella and E. Coli poisoning and abruptly disappeared.

Despite their similar texture, flavour, and appearance, microgreens and sprouts could not be more different. While sprouts are germinated seeds grown in damp environments with little to no soil or sunlight, microgreen seeds are thinly spread out over the surface of soil and left to germinate towards the sun like regular plants. Whereas sprouts are tossed in stagnant pools of warm water to encourage germination, microgreens are only watered when their soil is dry. The contamination of sprouts happens because contaminated seeds are kept in warm, damp environments ideal for bacteria growth. On the other hand, microgreens grow in soil with access to direct sunlight, where the roots and original seed remain after they are harvested to let another microgreen plant grow.

Their concentrated flavour and delicate texture is capable of elevating even the simplest avocado toast to a new level of culinary experience. For a while it was hard to find microgreens and they were mainly used in professional kitchens where chefs would sprinkle them over dishes as garnishes. But now that their popularity has increased, they are available at most farmers markets and specialty grocery stores in Toronto.

When shopping for microgreens, look for local brands like Greenbelt Greenhouse that grow their microgreens in Ontario’s greenbelt. They are painfully easy to use, environmentally friendly, and nutrient-dense. Run, don’t walk, to grab some.

Verdict: Since microgreens are so easy to grow and require much less water than conventional vegetables, I would level that they are part of the future of sustainable food. Microgreens are a lot of things, but a fad is not one of them. 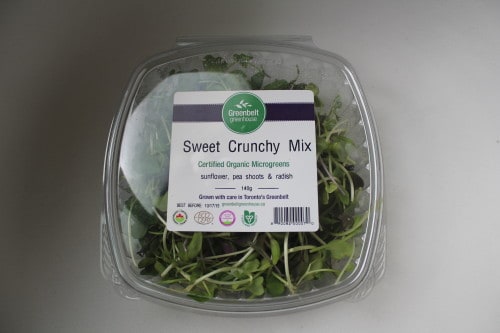