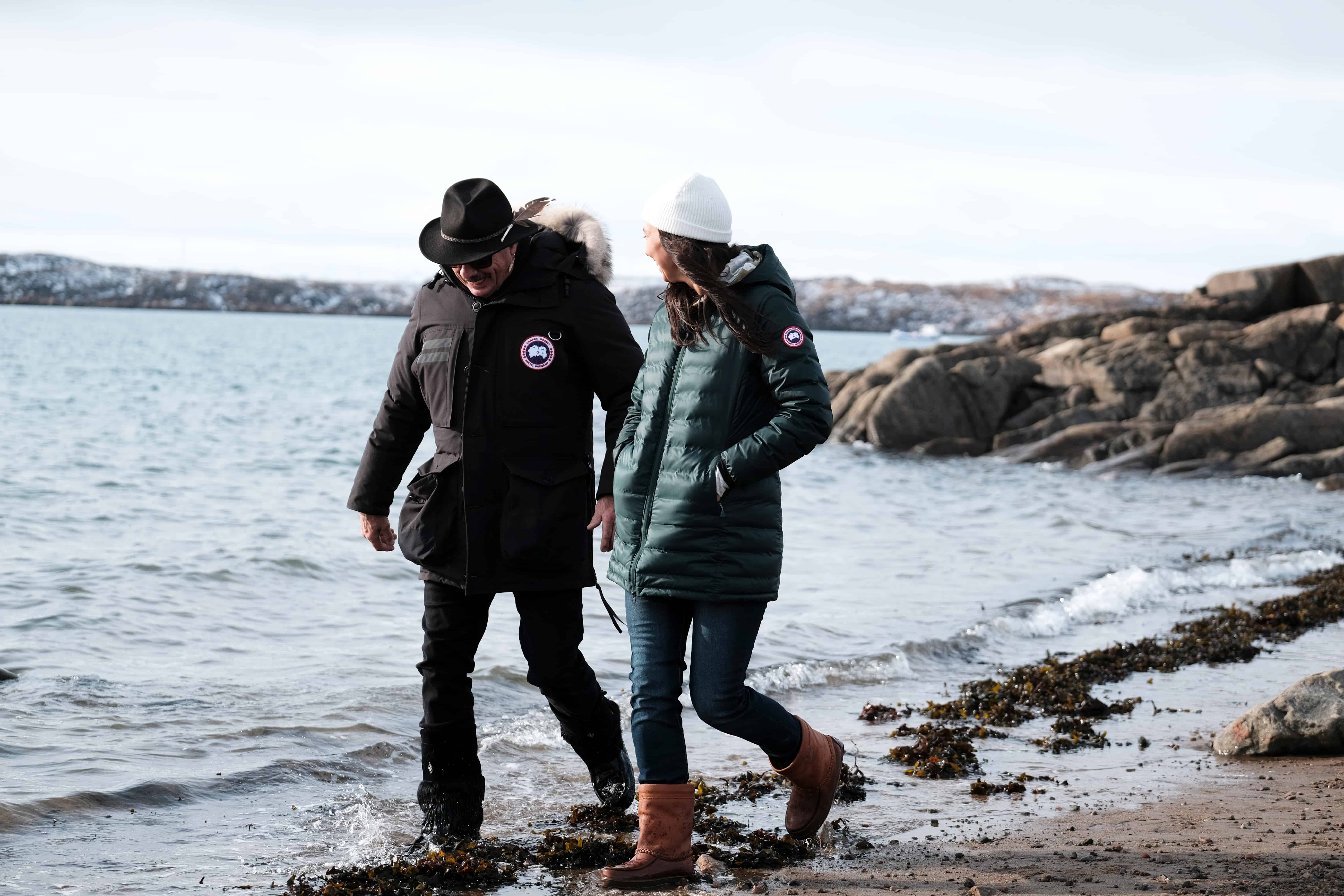 When I interviewed producer Jennifer Podemski and Sarain Fox about their documentary series Future History, we talked about the quest for identity, climate change, and the connection between the people and the land. We didn’t talk about Murdered and Missing Indigenous Women and Girls, mostly because I didn’t outright ask.

But it’s related. Everything is related.

Since our conversation, the findings from the inquiry of Missing and Murdered Indigenous Women and Girls have been revealed. The report shares what we’ve always known: Canada has knowingly committed systemic racism and oppression toward Indigenous people, which has directly contributed to the violence and death of thousands of Indigenous women and girls. It’s genocide, it’s an ugly truth, and it must be met squarely.

In the report, Chief Commissioner Marion Bueller outlines the broad next steps: “For non-Indigenous Canadians, this means rethinking commonly held stereotypes and confronting racism in every context. For Indigenous Peoples, this means using the truth to rebuild our lives, our families, our communities and Canada itself. And for governments, this means nothing less than a new and decolonized social order; it is an opportunity to transform and to rebuild in real partnership with Indigenous Peoples.”

Chapter 5 of the Missing and Murdered Indigenous Women and Girls report closely examines the relationship between the oppression of culture and violence. It’s titled “Confronting Oppression, Right to Culture,” and in summary it outlines that “the history of colonization has altered Inuit, First Nations, and Métis Peoples’ relationships to their culture and identity through targeted policies designed to sever their cultural and kin connections. These attacks on culture, which include residential schools, the Sixties Scoop and other assimilatory policies, are the starting points for other forms of violence Indigenous women, girls, and 2SLGBTQQIA people experience today.”

For us settlers, a logical first step is to read the report in its entirety. the second step is to immerse ourselves in the wealth of Indigenous culture available, be it novels like Cherie Demaline’s The Marrow Thieves, Tanya Tagaq’s Split Tooth, or any of the 108 titles featured on this booklist. Another great way to expand our learning and unlearning would be to tune into season 2 of Future History on APTN.

Truly, this oppression of Indigenous culture has been the status quo in Canada since Europeans first arrived. In different decades, it has looked differently, taken different shapes, but it very much remains an issue, just like the denial of basic human rights remains to be an issue, with many Indigenous residents still living without drinkable water.

It is trailblazers like Jennifer Podemski and Sarain Fox who are helping to re-frame the Indigenous narrative, creating platforms and content for Canadians (both Indigenous and non-Indigenous) to view Indigenous culture for what it actually is. A show description reads: “Future History celebrates the reclamation and revitalization of Indigenous knowledge. It explores the diverse perspectives and knowledge within the Indigenous community to create a deeper understanding about our shared history, while looking forward to a brighter future.” It practically mirrors what Chief Commissioner Marion Bueller has outlined as a path to healing.

Visiting communities all across Canada, the series explores how leaders are employing Indigenous knowledge to rewrite history and transform the future.

“We’ve heard a lot in this show about the original code,” says Jennifer, “and I think that is what Indigenous knowledge is to me. If you’re going to live in a place where the people who live there have lived in harmony with their environment for thousands of years, it would make sense that you would adopt or assimilate into that belief system—that way of knowing and being. That didn’t happen, because we were colonized.”

From meeting thirteen-year-old Water Activist and Cultural Warrior Autumn Peltier to joining a seal hunt in Frobisher Bay, the show moves around the country, and in each episode, there is a strong focus on closely examining the relationship between humans and nature. “Something we learn in every single segment we’ve done on this show is that in terms of that ancient knowledge—that Indigenous knowledge that is so relevant today—it is about understanding that we’re each a part of this land. We’re not separate from it. Yet somehow, in most parts of the world, human beings feel separate to the land, or even superior to it,” says Jennifer.

The dominant Western system doesn’t just act separately to the land, but it seems hellbent on ruining it. To repair society, we need to reimagine how it can look. We need to re-examine history in its entirety.

I recently returned from a road trip to Lake Superior. On the seven-hour drive, from Toronto to the mouth of the largest of the Great Lakes, I gazed out the window and observed how beautiful our country is, but I also thought about how fucked up it is. Fancy Muskoka cottage country, fast food restaurants that offer maximum convenience in the form of drive-thru windows, Native Reserves, desolate mining towns: our landscape is proof that our current system values mass consumerism and convenience above all, above land, above humans, above sustainability.

“Let’s start to move closer to the idea that the original people who were here have a system of knowing that was integral to long-term sustainability and survival,” explains Jennifer. “This Indigenous knowledge that we’re speaking of, if incorporated in a meaningful way, would temper that insatiable hunger that people have to consume.”

Listening and learning from the Indigenous people who’ve inhabited this land for thousands of years before our arrival is something we must do. Because we haven’t listened yet, not properly. We need to listen, that is the very minimum act we can do to begin to repair. Further, it’s fascinating, and also likely the best hope we have to escaping absolute demise.

Future History is necessary viewing for us all. Only when our real history, in its entirety, is understood and respected, can we make sound judgement for our future.

Tune into APTN at 8:00 p.m. EST on Tuesday to watch the next episode.

“We Vow To Trust Ourselves, Trust Each Other, And Be Courageous”: 9 Filmmakers in Isolation Respond to Pandemic in ONE(NINE)