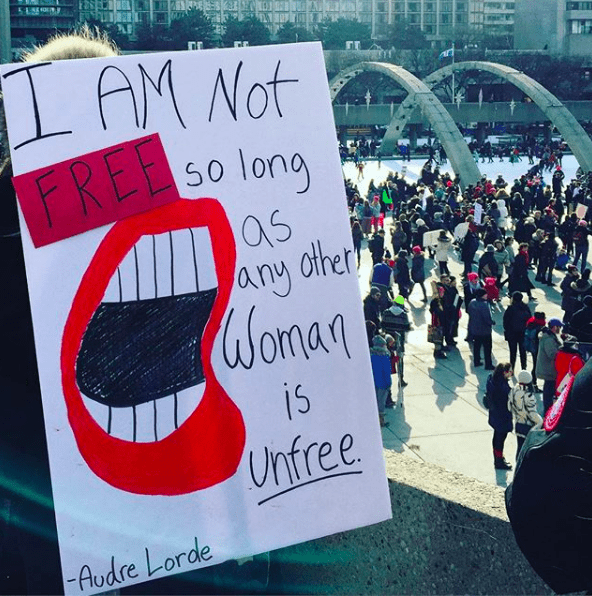 Democracy is a wonderful thing: it produces governments by the people. But are you one of the people our new government will work for? On June 7, Ontario will elect a new government, so we’ve assembled a primer about four feminist issues prominent in this election season. We’ll tell you about some of the key problems facing our province and explain how each of the three major parties would deal with them if elected.

The cost of childcare is out of control in Ontario. If you live in Toronto, you might be paying as much as $2,000 a month to ensure your little one can be taken care of in a licensed daycare. But with the cost of childcare increasing faster than inflation, it is poised to become even more unaffordable. That’s why childcare has become one of the key issues in this election cycle.

The Liberal Perspective: By 2020, the provincial Liberals plan to make daycare free for preschoolers. Children will become eligible for these spots at 2.5 years of age. The plan is meant to alleviate the high cost of childcare that families incur before their children start full-day kindergarten. Implementing the Liberal childcare plan would likely cost the province around $2.2 billion.

The NDP Perspective: Andrea Horvath’s NDP would make daycare free for families who earn under $40,000 a year, and an average of $12 a day for all other families. The party plans to pay for this heavily subsidized daycare by raising taxes on corporations and individuals who earn over $220,000 a year.

The PC Perspective: Doug Ford’s Tories say they would cover up to $6,750 per year per child under the age of 15. Unlike the Liberal and the NDP plan, the Conservative plan allows families to invest in whatever sort of childcare they want, not just daycare; however, it won’t come anywhere close to covering the high annual costs of childcare in expensive cities like Toronto or Ottawa. Ford estimates his plan would cost the province $389 million per year.

The minimum wage is, in theory, the lowest wage a business is allowed to pay an employee. If the minimum wage is set at a living wage (i.e., enough money to provide oneself with food, shelter and any other essential needs), it can be a powerful tool to prevent poverty. In Canada, minimum wage is set by our provincial government, but not every party agrees on where that wage should be set.

The Liberal Perspective: Kathleen Wynne’s sitting Liberal government has a record of increasing the province’s minimum wage. They have already raised our minimum wage from $11.60 to $14. If reelected, her party promises they would raise it yet again to $15 an hour.

The NDP Perspective: The NDP also call for a $15 an hour minimum wage in Ontario, which marks part of their commitment to fight poverty.

The PC Perspective: PC leader Doug Ford worries a $15 an hour minimum wage would be too high for companies to bear. He fears businesses might lay off employees because of the increased cost of doing business. Instead, his party has committed to raising the minimum wage by 25 cents within the next year. This means minimum wage would increase at a rate far slower than Canada’s annual rate of inflation, which currently sits at 2.3 per cent.

The Liberals opened a whole can of worms when they updated Ontario’s Sex Ed curriculum in 2015. Some said that it was a welcome, progressive change that would empower our young people to take care of their sexual health, while others insisted it was too graphic and taught kids about sex at too young an age. While the Liberals and the NDP continue to support an updated Sex Ed curriculum, Doug Ford’s PCs emphatically do not.

The Liberal Perspective: In 2015, the Liberals updated Ontario’s Sex Ed curriculum for the first time in seventeen years. The revamped curriculum starts in Grade 1 and emphasizes values like inclusivity and consent. The Liberals consulted with parents, educators and student activists while devising its new Sexual Education curriculum; however, it has been met with some opposition. There are parents who object to the more sex-positive and feminist-friendly approach (a few have gone so far as to pull their children out of school because of the curriculum). The Liberals, however, have remained committed to their policy on Sexual Education and believe strongly in its merits.

The NDP Perspective: The NDP are cool with the new, more progressive Sex Ed curriculum. They wouldn’t repeal it if elected, and they also plan to look for even more ways to modernize curricula in our schools. They are committed to promoting feminist-friendly, anti-racist education in the province of Ontario.

The PC Perspective: Doug Ford erroneously claims the current provincial government did no community consultations before creating the new Sex Ed curriculum. He vows to repeal it if his party is victorious on June 7. Ford hasn’t provided much detail about what he would replace it with, but he promises to consult parents. Mr. Ford also plans to scrap the Discovery Math program, which promotes critical thinking and applied understandings of Mathematics in our schools.

The #MeToo movement picked up steam in the fall of 2017. It came to prominence on social media as a societal reckoning about sexual misconduct and the general mistreatment of women and non-binary people. Soon, stories of sexual misconduct everywhere from Hollywood to Canadian politics began to dominate our news outlets. But now that #MeToo has forced the mainstream media to confront how horribly our society treats women, this has led many of us to ask, “Now what?” Where do we go from here, and what role should the government play in promoting change?

The Liberal Perspective: Even before the #MeToo movement officially started, Kathleen Wynne’s government created its Action Plan to Stop Sexual Violence and Harassment. This included public service advertisements about sexual harassment in the workplace. But #MeToo is about more than sexual misconduct: It’s about every way our society treats women and non-binary people as less than cisgender men. That means topics like equal pay are a vital part of the movement. In order to fight the wage gap, Wynne’s Liberals plan to pass a pay transparency legislation that would require employers to track employees’ pay and break it down according to gender and other identity factors. Maybe we can solve society’s wage gap problem once more employers are forced to admit how bad it actually is?

The NDP Perspective: Andrea Horvath’s NDP support the #MeToo movement. If elected, they would bolster efforts to educate our populace on sexual harassment and violence. Horvath hopes to end the wage gap and plans to offer additional supports to women fleeing abusive relationships.

The PC Perspective: Former PC leader Patrick Brown stepped down this winter because of sexual misconduct allegations. Since then, the PCs have not proposed any major policies that would combat sexual harassment or champion women’s issues in our province. We should also note that the PCs elected Doug Ford as their leader instead of Christine Elliot. Elliot is a member of provincial parliament with twelve years of experience, whereas Ford started his career in provincial politics this January and has never served as an MPP before. He’s also been recorded selling bogus PC party memberships while running for party leader.