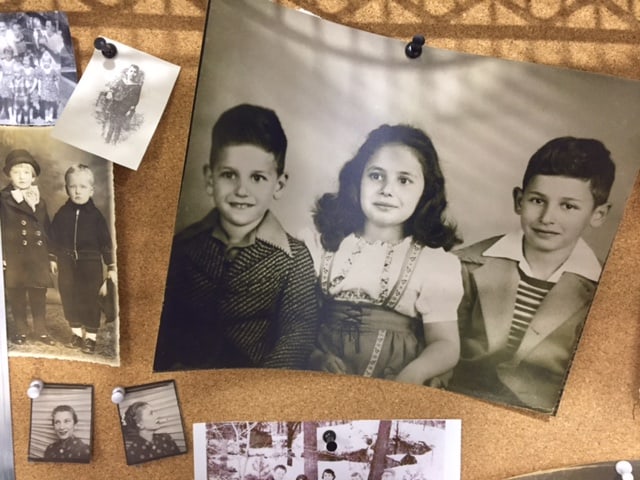 Furniture Bank: Where Your Used Furniture Will Change a Life

In Etobicoke, near the IKEA that rests south of The Queensway, there is an enormous warehouse filled with pre-loved items: artwork, mattresses, coffee tables, chairs, sofas. The place is called Furniture Bank and the objects inside signify much more than possessions that once filled a home; they are symbols of hope for a better life and a brighter future.

On a weekday morning in March, I head off to Furniture Bank to interview Executive Director Dan Kershaw. A few days prior I had donated an armoire and my grandma’s old rocking chair, which was its own emotional undertaking and adventure, but I didn’t think that–once again–I’d be so incredibly moved by this organization.

Entering the parking lot, I pull into a space adjacent to one of the Furniture Bank trucks. On it is an enormous photo of a mother and son with the message, “Your used furniture will change a life.” The mom pictured looks younger than me and the boy looks about my son’s age. I think of what life would look like if I were a single mom. What I would do if I had no money with which to outfit our home.

Before I even walk to the front desk, my eyes jump to a brightly coloured children’s play area. There is a little table with a box of crayons, a puppet theatre, a bookshelf, and Rubbermaid containers full of baby toys. Bumbling around this cute little nook is a toddler about eighteen months old. He babbles and stumbles while his parents fill out some paperwork by the window. They are one of the twenty-five families that show up each day to get assistance. I watch the boy, think of my own who’d similarly enjoy sussing out this kid area, and smile.

At reception, there is a basket full of granola bars on offer. Having started the day with only coffee (a bad habit), I ask if I can rip into one. As I chew, they call Dan, and I wander around and look what’s pinned to the wall. There is a drawing by a child that shows her family before and after going to the Furniture Bank. On the left, she’s drawn her parents and siblings eating on the floor; on the right, she shows them at a new dining room table, all smiles.

I shake hands with Dan and he takes me down the hall and pushes open the doors to an enormous room the size of six gymnasiums. Before me are lines and lines of furniture in neat, ordered rows. On a long wall is the most eclectic assortment of framed art ranging from film posters to abstract paintings. There are shelves decorated with China teacups from every decade in the past century. On the overhead speaker, Chopin is playing. 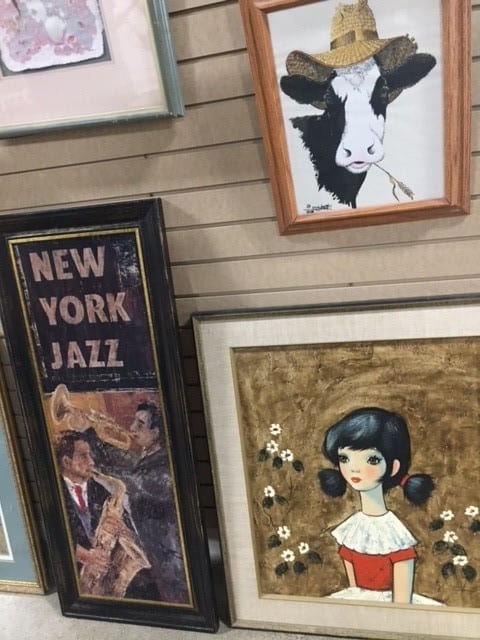 I take a closer look at the teacups. Holding a dainty pink floral one in my hand, I imagine lipstick markings on the side, a granny in her apartment sipping Earl Grey while watching her favourite program, or hosting a neighbour. I wonder what her name was, who she was, if she’s buried, which cemetery. The delicate cup I hold has secrets and stories that date back fifty or so years, maybe longer. 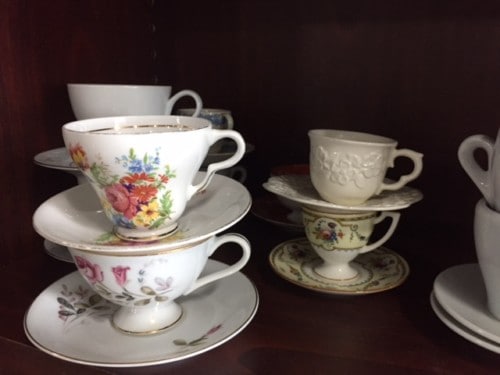 Suddenly, I feel overwhelmed. Every piece I look at radiates a strong history with a fascinating lifeline. While we walk, I observe a man and woman pushing their baby in a stroller and choosing pieces for their home. The woman is wearing a hijab, and I wonder if they are Syrian refugees. Dan says, “Over the past few years, we’ve received a lot of Syrian refugees, but definitely people from all backgrounds.” He tells me they help out about twenty-five families each day. But the need is much higher than that.

Curious, I ask to see my grandma’s old chair, the one she loved so dearly, the one she’d sit in to look out at her patio and watch the birds, or get cozy in to settle in for an episode of Agatha Christie’s Poirot. “If it’s not here, then it’s probably gone already,” Dan says, pointing to the section where the cushiony lounge chairs and rockers are kept. I walk slowly to find it, but it’s nowhere. “It probably got taken yesterday,” Dan says. I’m sort of astonished that it’s already gone, but I’m also pleased that it was wanted. 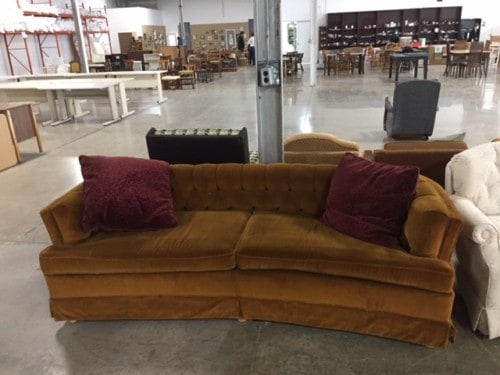 Dan leads me to The Workshop at the back of the space where there are a couple of white-haired men hammering. “Most of our volunteers are retirees,” he says. Melanie McMullen is not though; she’s the carpenter in charge, and she’s standing beside the bottom half of my armoire. The armoire my parents purchased at an auction in 1978, their first big purchase that moved with them across an ocean. The armoire, which used to seem like a giant tower when I was a small child playing dress-up, now hits me at the waist. “We turned it into two pieces,” says Melanie. She’s wearing overalls with paint splatters and her hair is in a messy bun. She details me her plans for the bottom piece, describing how she is going to sand it and then stain it. “It will be like a brand new piece.” 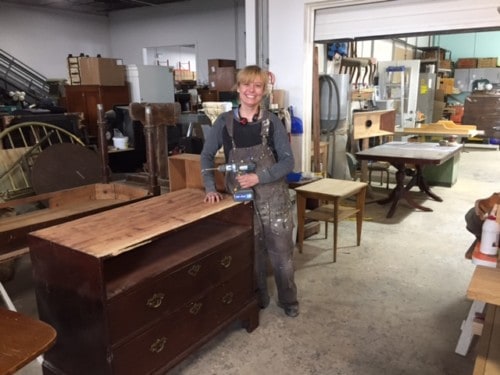 I bid a final farewell and wonder if it will go to a single mom whose last bed was in a halfway house. I wonder if a mischievous child will one day take a pen to its side. For a second, I imagine what cherished items will soon rest in it.

Before I depart, Dan shows me to one last room. It’s a sorting room, and along the walls, there are old photos and letters that accidentally fell into the hands of Furniture Bank, be it from an unchecked drawer or the bottom of a box. Many of the photos are black and white, dating back to the thirties and forties. The people, whose eyes I stare at, are long gone, but their items are here, fixed up and ready for a new family history. 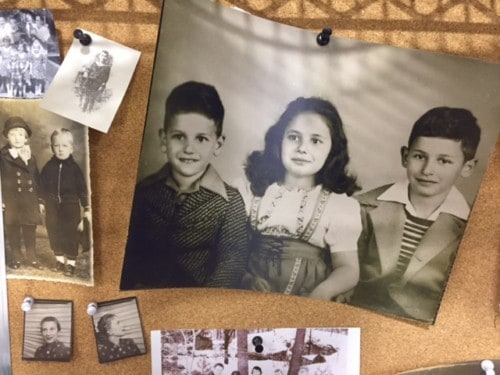