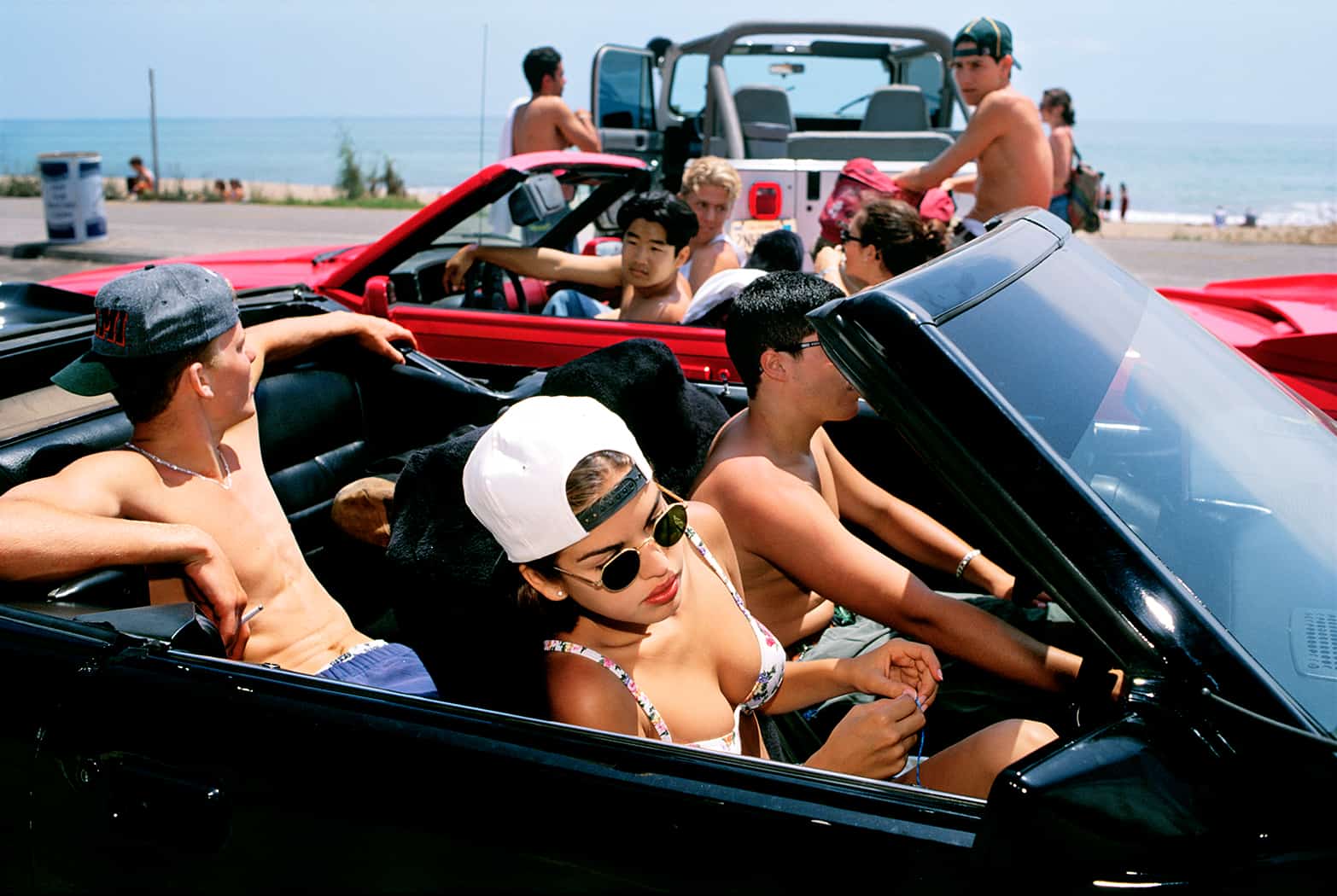 In Generation Wealth, photographer and filmmaker Lauren Greenfield explores America’s obsession with accumulation–everything from money and things to bodily procedures. Somewhere along the line, our capitalist society equated success with the idea of MORE, where bigger is always better.

For nearly three decades, Greenfield has documented wealth with her camera lens, closely studying this theme while observing the rise and fall of many: “We’re dancing on the deck of the Titanic,” says Lauren. “In this moment, it feels very dangerous. We’re heading for a really bad place–an unsustainable place–but we have the possibility for change and agency.”

In 2012, Greenfield got the world’s attention with her documentary The Queen of Versailles, which followed the life of Florida billionaires David and Jackie Siegel in the months following the 2008 economic crash. (No one feels sorry for them.) Greenfield didn’t plan on a follow-up film in the same vein until she began assembling her book, Generation Wealth, and decided to revisit some of her original subjects. “The first interview that made it real was Florian, a former investment banker charged with fraud who now lives in exile in Germany. From wanting to be like Gordon Gekko and going so high and then falling so low–when he broke down and cried, I felt like there was a movie there.”

Jumping from business moguls to plastic surgery addicts to porn stars to high-society Birkin bag collectors (featuring a cameo from Toronto’s Suzanne Rogers), the common thread that links all these characters is an insatiable appetite. It’s a desire that drives us and has blinded us to what really matters. It’s why disparity runs deep. Simply put: so many of us are on a course of destruction, and we often don’t even see it. That said, society at large is also at a point where what has been ignored for decades is so in our face that we cannot deny the problem: it’s everywhere we look, and we can see the cancer gnawing at people and the planet.

On the phone, I tell Greenfield about a recent trip I took to Venice Beach–my first time to Los Angeles–and how appalled I was by the disparity on display: three-million-dollar homes lining the beach, with oversized windows gazing directly at numerous homeless people living in tents, co-existing in the same space, separated only by a boardwalk. In the same neighbourhood, long lines for trendy brunch spots curve blocks while a short walk away, people line up for food handouts, many of them without shoes. “It is really shocking there,” she says. “When I grew up, it was the only place where poor people could live by the beach. So the homelessness is not new; what’s new is the gentrification and that really shocking disparity. It reminds me of a third-world country, where you are used to seeing those huge differences of inequality right in front of you.”

Continuing to talk about her childhood, her impressive career, and what she’s seen and documented, Greenfield philosophizes about her work in its entirety: “I think the backdrop of me making this film and project over the past twenty-five years is that we’ve never had so much inequality, we’ve never had so much concentration of wealth in the hands of the few, and we’ve never had so little social mobility. The U.S. now has the least intergenerational social mobility of any rich country. We used to have this idea of the American Dream, and it’s literally become the American Illusion. It better be in our face so we can wake up to it.”

While it may be easy to demonize and point the blame at billionaires like Jeff Bezos and Elon Musk and look at the subjects in Generation Wealth as “the other,” we are all part of this machine. Halfway through the film, Greenfield–a self-confessed workaholic–begins to notice her own obsession with accumulating work and the endless documentation hoarded in boxes and hard drives. “For me there was a lesson about balance, listening, and really being aware of what’s around you. In a way, [that] is the lesson of the film. And the importance of really what matters: family, love, relationships and community. I think we all know that, but we don’t really live by it.”

By Greenfield being vulnerable and inserting herself into the film, examining her own family life, audiences are likely to do the same. We may not see ourselves in the extreme cases, but many will identify with the challenges of juggling professional life with family life in a system that equates consumption and accumulation with “success.” Whether it’s money in the bank, the number of followers on your feed, or the luxury goods that hang in your closet, the “HAVE IT ALL!” mentality is dangerous, and it comes at a cost. But we are finally beginning to see it all a little more clearly. We are changing, and I–like Greenfield–would like to think the hope in the world right now is as evident as the signs that point to our demise.