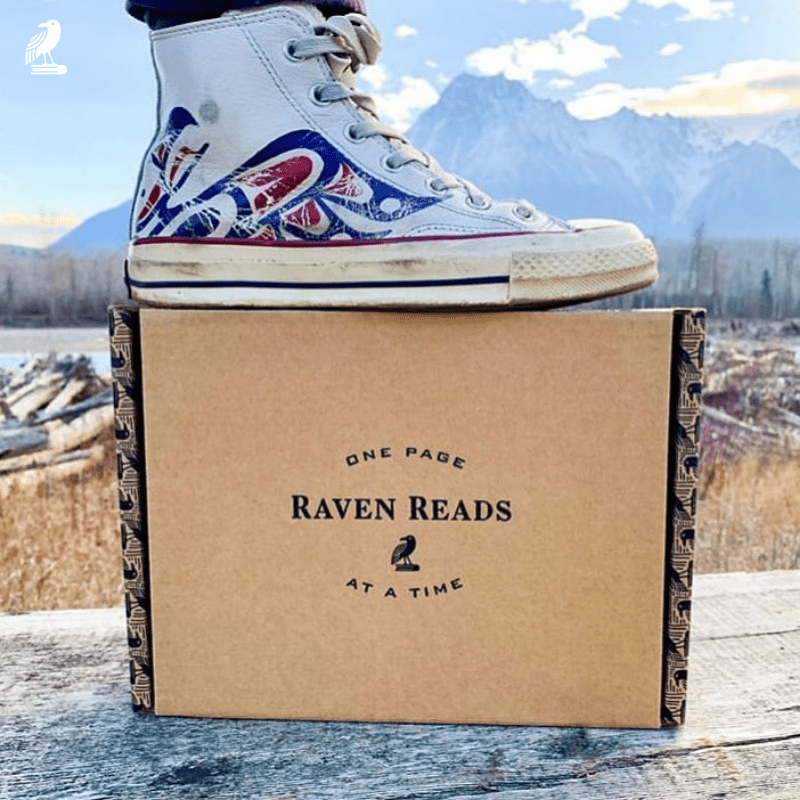 Raven Reads is an Indigenous and womxn-owned business that started after founder Nicole McLaren read the Truth and  & Reconciliation Committee’s final report in 2015. “Raven Reads was born from a desire to educate others about the devastating impact residential schools had on Indigenous people in Canada.” says McLaren.

It started as a book club, where stories and issues were discussed in a living room. Now Raven Reads is shipping Indigenous storybooks, novels, and memoirs all over Canada, to children and adults alike.

Boxes are shipped seasonally and you can choose to sign up for one season, a six month subscription, or annual package. Beyond a book, each box also contains a letter from the author or box curator, a printed culture card for further education, one Indigenous hand-made craft or art piece, and a literature-themed gift.

Tanya Talaga’s Seven Fallen Feathers, Cherie Dimaline’s Empire of Wild, and Eden Robinson’s Trickster Drift are examples of some of the amazing titles that have shipped. And goodies from Cheekbone Beauty, Inuit Tea, and Mother Earth Essentials are examples of the other treats to discover that have made their way into the boxes. See more here.

The Raven Reads kid boxes are shipped once every 3 months and include a collection of two or three children’s books that are appropriate for kids ages 9 and under.

For McLaren, launching Raven Reads was driven by both passion and a sense of responsibility: “I frequently ask myself what does reconciliation mean and what role can I play in this? I know that reconciliation means different things to different people. To many, it’s about establishing and maintaining a mutually respectful relationship between Indigenous and non-Indigenous peoples in this country. For that to happen, there must be awareness of our collective past along with action that will change behaviour.”

We think a subscription to Raven Reads would make a great gift for book lovers in your life, or something you can sign up for and look forward to.