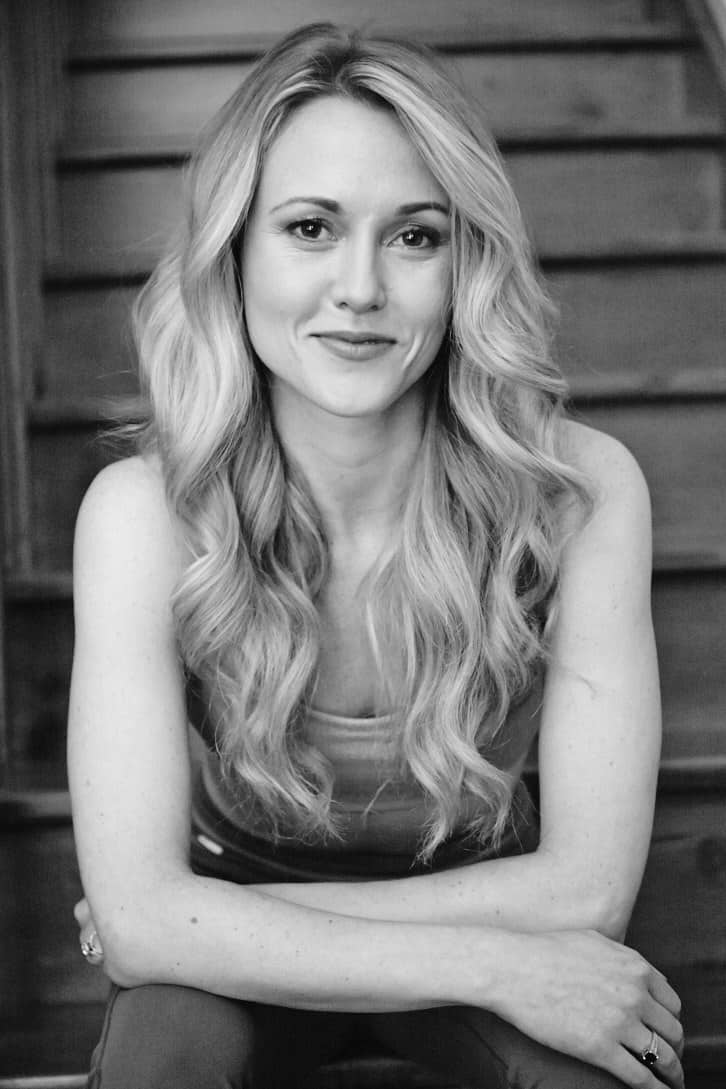 How To Banish ‘Mummy Tummy’ For Good

New and expecting moms, take heart. There may be a way to eliminate the dreaded ‘mummy tummy’ (that pesky abdominal pooch that often lingers after pregnancy) for good.

“We want more women to know how to prevent it. And if they do get it, how they can fix it, instead of going on an extreme fitness program and making it worse,” says Pre/Post Natal Fitness expert & Stott Pilates instructor, Nikki Bergen.

Bergen has teamed up with renowned Pelvic Health Physiotherapist, Dr. Sinead Dufour, to create a fitness program for pregnant women to prevent (and repair) this condition. The Bump Method contains four 50-min videos for each trimester (including the post-natal fourth trimester) that address these issues.

“‘Mummy Tummy’ [or Diastasis recti] is caused by intra-abdominal pressure,” says Bergen. “When you have a baby growing inside of you, there is increased pressure inside of your abdomen. And as that baby gets bigger, obviously, the pressure increases. The middle of your six-pack muscle, from your sternum down to your pubic bone – that is called your linea alba – that’s connective tissue. When it stretches too much, it’s like tube socks that over-stretch and then never get stretchy again. It’s hard to coax that tissue back together.” 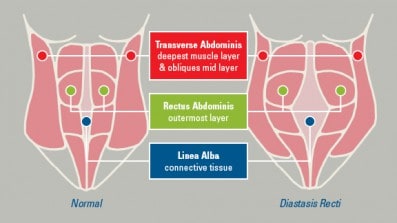 In terms of day-to-day prevention, Bergan recommends making simple adjustments. “If you ask a woman in her third trimester [when the baby is the biggest] to get up from her seat or get up out of bed, it’s that forward flexion that will cause that extra pressure. So you want to make sure to avoid that as much as possible. Roll onto your side first, and then get up.”

During the third trimester, she advises against performing ‘front loaded’ exercises – planks and push-ups, for example, that cause the baby to hang suspended, putting needless strain on the abdominal tissue. Another way to prevent problems, is to learn how to do kegels properly (most women don’t). “They focus on the lifting, the hold your pee thing, and they’re not focusing on releasing. You have to understand how to both engage and release that muscle. It’s like doing a bicep curl, you don’t just pull the weight up, you actually have to release it and straighten your arm. It works in both directions.” 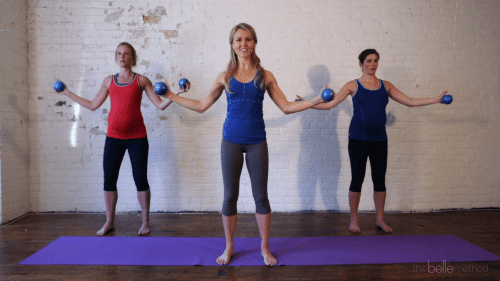 After the delivery, there are steps you can take to heal yourself. “A lot of women who have given birth are like – ‘holy crap. I’ve gained all this weight.  I need to rush back to a fitness class’ – but they haven’t restored their core.” She encourages undergoing a gentle, rehabilitative process to heal that connective tissue before launching into an extreme workout regime that can end up just damaging things further.

Proper breathing is also essential. “Your whole torso is like a barrel. If you’re filling up a barrel with wine, what happens to the barrel? It expands in every direction. As you inhale, your pelvic floor – that represents the bottom of the barrel – is dropping, ballooning out. Your waist gets bigger. Everything expands. As you exhale – to ‘get rid of the wine’ – your pelvic floor lifts, because the bottom of the barrel is no longer falling out. When you exhale, that is when you want to feel that corseting action, that tightening.”

She also recommends a belly binder for extra support in the first eight weeks after you give birth, especially if you’ve had a c-section. “Wearing the binder on its own will not close a diastasis,” she warns.  “You need to also be practicing the breath work and the proper pelvic floor work.” 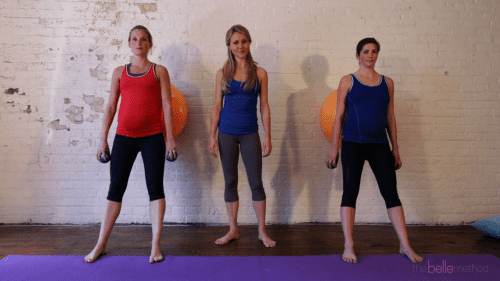 Bergen sees countless women who put a ridiculous amount of pressure on themselves – they want to look like the celebrities who have flat stomachs mere weeks after giving birth. So they dive into punishing workouts, only to discover that their abdomens simply aren’t responding.

To make matters worse, unlike in France (where the government pays for pelvic floor rehabilitation after women give birth), women here are sold pads to deal with their new-found incontinence. The well-being of mom is of concern up until the moment she delivers, but after she is left high and dry when it comes to rehabilitating her own body after giving birth.

And if women express dismay at having lost their figures, they are told to buck up and focus instead on the baby. Many women simply believe that they will never be able to get their figures back after giving birth, which doesn’t have to be the case.

“I was having a lot of women coming to my classes and asking me; ‘What the hell is up with my stomach? Why is it like this?'” said Bergen. “I read more into it and realized no one addressing this, and that needs to change.”