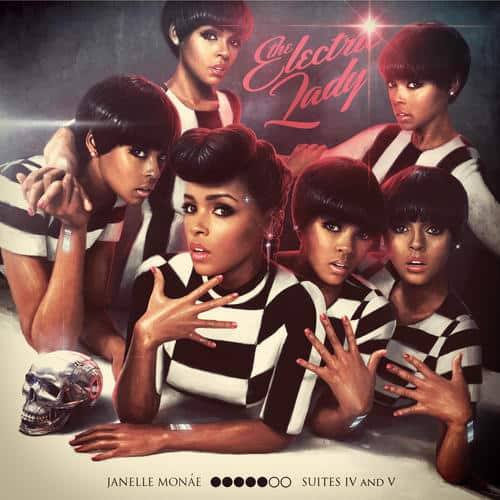 Who doesn’t love a woman in a designer suit? Especially an R’n’B funkstress who’s a triple threat: performer, songwriter, and producer. She’s a musical powerhouse who lives and breathes style. Can I say swag?

I’m sure you’ve seen Janelle Monáe before. Her striking image has graced countless magazine covers. She’s been CoverGirl’s spokeswoman, and appeared alongside fun. in their music vid for the #1 Billboard smash single, “We Are Young.”

One of the greatest things about Janelle Monáe is how respectable her road to success has been. She wasn’t plucked from obscurity in a grab for instant fame, and she didn’t rely on an overtly sexy image to sell herself. She naturally progressed in the music industry as a result of her multi-faceted talent.

After making some buzz with her first two EPs, she launched her debut studio album ‘The ArchAndroid’ through Atlantic and Bad Boy Records. Two songs from the album were nominated at the 2010 Grammys, providing well-deserved recognition that would help to catapult her name into the mainstream.

Janelle Monáe is stopping in at the Kool Haus on Saturday, October 19th. Believe me, it’s going to be an incredible show. You can grab tickets here!