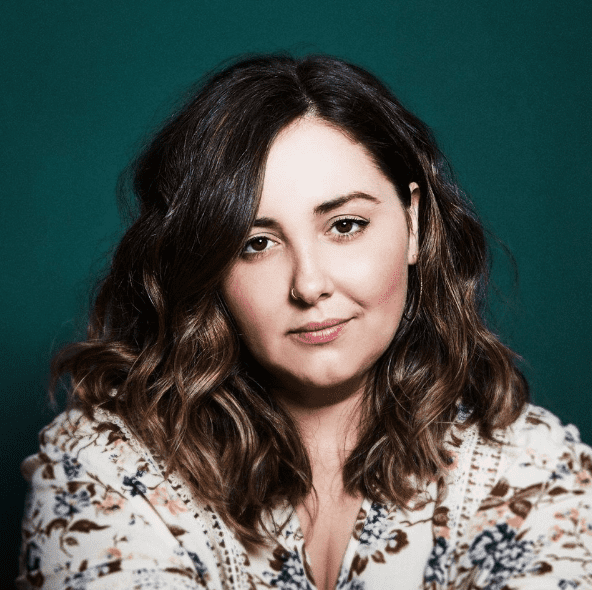 Hamilton-based Gillian Nicola took an unlikely path to become a singer-songwriter. Trained in classical voice, she spent her teen years performing in a classic rock cover band before launching herself into alt-country when she began writing songs. Her music ranges from acoustic folk singer-songwriter to textured and electric Americana. When she’s not focusing on her own creative process, she’s teaching voice and guitar, volunteering for Girls Rock Camp Toronto, and sitting on a Musician’s Committee in Hamilton, not to mention her monthly songwriters round at The Painted Lady.

She just released her brand-new single (and ode to self-care and contemplation), “Night Comes To Call.”

GN: Cottaging. Any cottage, anywhere, anytime. Ideally, without a cellphone.

What is your greatest solitary joy?

Writing music. Hands down. Ideally, at the Banff Centre. I spent three weeks there last year, and it is the most magical place I’ve ever been.

Wow–so many people. There’s the obvious Joni Mitchell answer that likely every Canadian would answer with, of course. I’m hugely influenced by Kathleen Edwards as well.

What food always satisfies you?

Burritos. Not my first interview I’ve talked about burritos either, baha. Clearly, I have a favourite.

I’ve been working so much recently, as I’m gearing up to release my new album, that I honestly haven’t watched anything new in ages. I basically have Gilmore Girls on repeat.

I take forever to read books. It’s what I often do if I can’t fall asleep, and then, well, it helps me fall asleep. I’m finishing up Bad Feminist by Roxanne Gay, and I think next up, on the advice of a friend, will be the classic, The Artist’s Way by Julia Cameron. Seems about time I gave that one a go.

I love Bampot House of Tea and Board Games. My favourite time with friends is often spent staying in, so Bampot is a good halfway point! It’s got a really inviting and home-y feel to it, so I feel super comfy there. I’ve done a LOT of work there, but I’ve also had amazing, deep conversations with friends, and played music there too. It’s just great.

I want to finally visit all of the waterfalls in Hamilton. There are SO many to see, and I’ve seen a lot of them, but I’ve still got a few to visit!

It’s such a cliche, but I love taking a bath. But my bathtub is tiny, so not in my current place; otherwise, I love just spending time alone and not allowing myself to work. If I find an inkling to pick up my guitar and I’m having a “no work” time, I’ll spend time learning covers of songs I love that I know I would never play in a live show.

An acoustic guitar (obviously), a decently sized notebook, a pen/pencil, and maybe a practical cup or bottle and a lighter.

We’re back to the cottage thing. My family and I rented a cottage in Coboconk (Kawarthas) every year for about twenty years. Even now, when we haven’t gone to a cottage there in probably ten years, I get super excited when I drive towards that town. I’ve been able to stop through a few times while on tour through that neck of the woods.

“Worrying about it won’t change it.” My grandma told me this years ago and I try desperately to listen to this advice all the time. It definitely does not always work, but I try!

I’m always trying to be a better plant mom. I just moved into a new apartment and it’s quickly become a jungle!

Recently, my friend Rebecca Emms (Tovi) told me that any time I’m feeling low or stressed out, to think about what thirteen-year-old me would think about the musician I’ve become. My mind was blown by that advice. I think the thirteen-year-old versions of ourselves would likely always think we’re super cool. She would be amazed at what I’ve been able to do as an independent artist. I’ve also recently discovered that if you want something, you just have to ask (shocking). I’m a fairly shy person when it comes to networking/my career, so it’s been a hard thing to do. But if you don’t ask, you won’t get it!

Anything floral. My friends joke about it all the time, but it seems like at least 60% of my wardrobe is some kind of ridiculous floral pattern.

I still have all my Barbies (and Spice Girls dolls). I was obsessed with them when I was a kid and probably played with them later than the average kid. As an adult, I have mixed feelings on Barbies, but they remain in my parents’ garage.

I’m interested in a lot of different issues, sometimes so much that I need to take news breaks, because it definitely affects my mental health (which, of course, is an incredibly privileged thing to do). I have a song on my upcoming album that discusses why women are still hesitant to speak up about assault, even through all the progress we’ve gone through in the past couple of years. The music industry in Canada is a weird place to navigate. I really want everyone to feel safe, but we’re still not there yet.

Ten years ago, I didn’t play guitar. That’s wild to think about. I started learning in probably 2010/2011, purely as a means to accompany myself so I didn’t have to rely on others. Now, I love guitar. I teach it and am constantly pushing myself to become better. I love playing in alternate tunings, which is something I definitely didn’t think I’d be doing ten years ago!

I’m hoping to play even more! I love touring. It’s a great way to make a living. There’s an endless amount of work when you’re an independent artist, so my goal is essentially to just keep powering through.