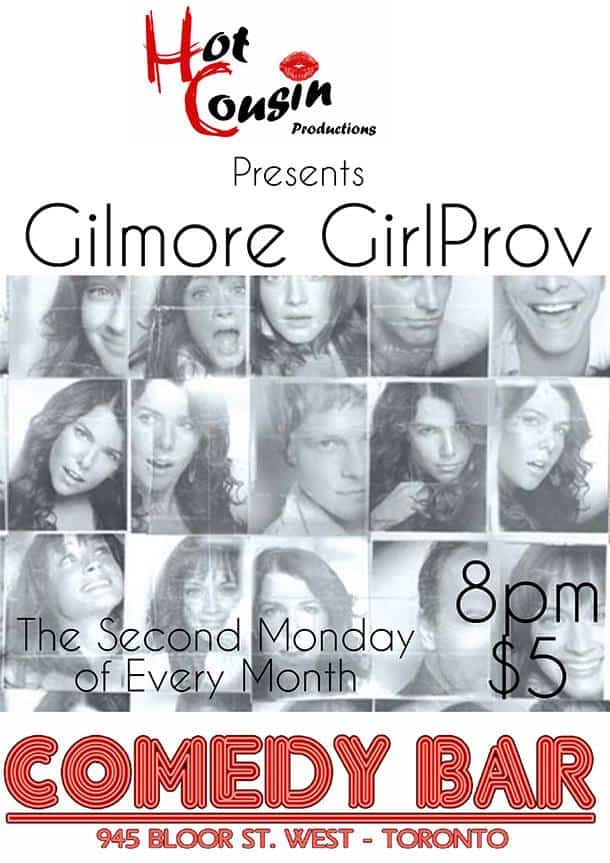 If creeping leaked set photos from the Gilmore Girls Netflix mini-series makes you tingle with excitement, then you should definitely check out the popular and hilarious Girlprov Sketch Comedy show at Comedy Bar (945 Bloor Street West).

Created by Shedoesthecity alumnae, Kristy Lapointe and Adele Hicks of Hot Cousin Productions, this indie gem has grown a loyal following since its launch in February 2015. Likewise, the show has attracted an eclectic range of local improv comedians, eager to step foot into Stars Hollow and get up-close and personal with forever beloved Rory Gilmore.

Make Monday more fun and fight the cold with some uproarious laughter at Bloor West’s dark and cozy Comedy Bar. Tonight’s show is hosted by Chelsea Jayne Bray, and she’ll be doing trivia, where you could apparently win Pop Tarts. More details on the Facebook page.

Tickets are only $5, and you can buy them online! In advance! Like a freaking responsible grown-up who doesn’t want to miss this killer show. Emily would be so proud.

Follow @hotcousinprod on Twitter for a chance to win free tickets, and let them know what season you’d like the episode to be from this month!