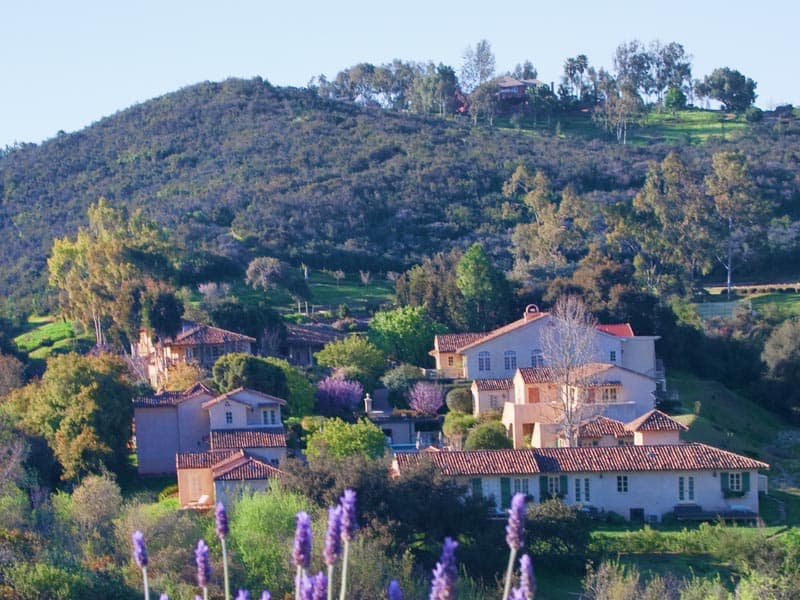 "While the latest fads in health spas veer toward deprivation (juice cleansing, detoxing, etc.) Cal-a-Vie bucks this trend, relying instead on the time-honoured European tradition of combining exercise with a balanced diet and excellent skin care."

Nestled within the hilly terrain of Vista, California, deep in the land of Kardashia, there is a high-end health resort called Cal-a-Vie. Cal-a-Vie is a true fantasyland for spa-goers, boasting an active exercise program, French-inspired spa treatments, and gourmet spa cuisine that is low on “cal-o-ries.”

I had the chance to visit Cal-a-Vie in February. Feeling a bit sluggish in the midst of what seemed like an endless winter, I thought a few days at this resort would be the perfect escape. It didn’t hurt that Cal-a-Vie has been named one of the top destination spas in the world (according to Conde Nast and Travel & Leisure) and counts Julia Roberts, Uma Thurman, and Natalie Portman among its clients. In a region overflowing with health resorts, I wondered what it was about this place that made it stand out so much. And so in the name of hard research—and hopefully even harder abs—I signed on.

After landing at the San Diego airport and driving 40 minutes north—past the olive trees, flower gardens, and vineyards, all of which resembled the Tuscan countryside more than Southern California—we made our way onto the lush, 200 acre property. There was also a definite Mediterranean feel with the architectural design of the guest villas, French chapels (disassembled and imported from France, no less), and rustic chic interiors filled with antiques. We were led to meet the resident fitness coordinator, who arranged custom-made schedules designed to help guests achieve their health and wellness goals during their stay.

Despite the swish setting, Cal-a-Vie provides a very laid-back, homey atmosphere. Our group was comprised of a number of highly-accomplished professionals, but they were also upbeat and fun. (While mainly skewed to a more mature crowd, the spa also offers “mom & teen” weeks, including one being held this May, hosted by Nickelodeon’s Victoria Justice). The spa also provides guests with a supply of workout wear to use during their stay (wearing the grey sweat suits, which reminded me of my high school gym class uniform, was a very humbling experience). And while the latest fads in health spas veer toward deprivation (juice cleansing, detoxing, etc.) Cal-a-Vie bucks this trend, relying instead on the time-honoured European tradition of combining exercise with a balanced diet and excellent skin care.

To fitness fanatics, then, Cal-a-Vie might seem at first glance only moderately challenging. But having visited a few health resorts now, I have learned that designations such as “low” and “high” impact are all relative: what passes for “moderate” intensity at a retreat in Southern California would be classified as an extreme workout at a spa located in rural Ontario. This stands to reason. After all, California is known to be a mecca for health and fitness. I mean, those Hollywood six-pack abs don’t just rip themselves.

Sure enough, the exercise program turned out to be tough. Each morning began at 6:00am with a fast-paced hike (made more palatable on the picturesque trails) with the level of intensity increasing as the week went on. This was followed by a quick breakfast (an omelet or granola with fruit, and coffee), and then by an onslaught of four back-to-back fitness classes, ranging from high-intensity fitness options like spinning, cardio sculpting, and “triathlon water workouts” to slower-paced-but-equally-challenging “hip opening,” yoga, and barre classes.

Lunch, served at 1:00pm each day in the L’Orangerie dining room was eagerly anticipated (obviously). The charming and talented Executive Chef Jason Graham, along with his excellent kitchen staff, worked wonders with a daily limit of about 1,200 calories. Some of the items on the lunch menu included Asian Salad with Chicken and Edamame (ending with a small chocolate chip cookie) and Gyros with a small Greek salad on the side. Dinner was served at 7:00pm, and included a superb butternut squash soup and a lobster curry bowl with English Peas, toasted peas, and brown rice. Desserts were practically inhaled by the majority of guests (except for those goodie-goodies who opted for the fruit plate instead) and included a peanut butter cake and a selection of sorbets rolled sushi-like in sesame seeds.

But the most decadent part of the trip occurred each day in between lunch and dinner, at the property’s Bath House, where a succession of spa treatments was administered upon the guests. My custom package included some amazing massages, a pore-cleansing Yonka facial, a reflexology treatment, and hydrotherapy (which looks like a glorified bubble bath but actually includes products with all kinds of healing properties). In addition, I tried the Phyto hair and scalp treatment, aptly described by another guest as a “hairgasm.”

Though initially I had a hard time believing that I actually needed two or three spa treatments each afternoon (back home, I may get that many in a month, if I’m lucky) but by day three, I had acclimatized to the routine, especially after all of the workouts. All this, combined with the fresh air and delicious spa cuisine, made me feel squeaky clean, both inside and out. By the end of my stay, I was ready for my close-up, as they say in Hollywood. 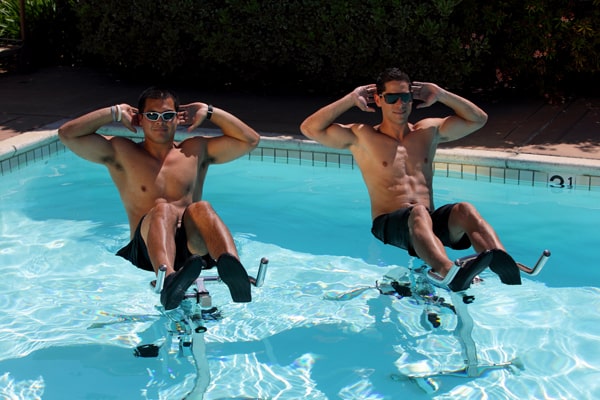 How do we manage our anxiety in a time of uncertainty? Posted on March 16, 2020