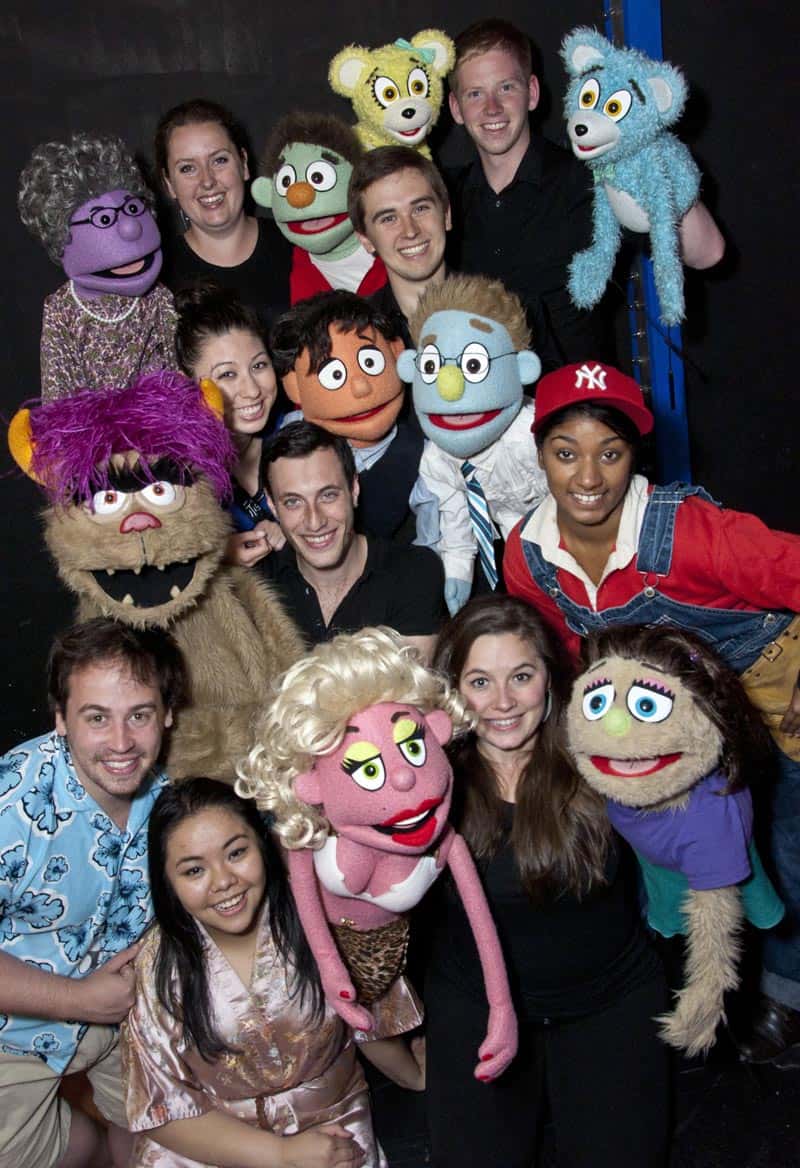 “That puppet totally had a thing for you,” are words you never expect to hear your boyfriend say to you after leaving a theatrical production. But after seeing Avenue Q at the Lower Ossington Theatre, this and other unexpected mysteries will begin to make sense. Like how a musical starring foul-mouthed perverted puppets is totally the best.

Avenue Q tells the story of a down-and-out apartment building filled with monsters and humans, co-habitating and trying to navigate the big, scary world. Princeton moved to the big city with big dreams, and he’s finding reality a little more difficult than he counted on. But things start looking up when he meets Kate Monster. What ensues is a NSFW musical love story that will leave you in hysterics, with songs stuck in your head weeks later. You will LOL. You might LOL so hard you cry. You won’t be alone. This is a show that even the most theatre-resistant humans (and monsters) will love. It’s hilarious, unexpected, totally heartwarming, and extremely relatable. Which then raises all sorts of questions about relating to a puppet, but REGARDLESS. You should probably (definitely) go see it.

Avenue Q is on at the Lower Ossington Theatre (100A Ossington Ave.) now until September 29. Buy tickets here.