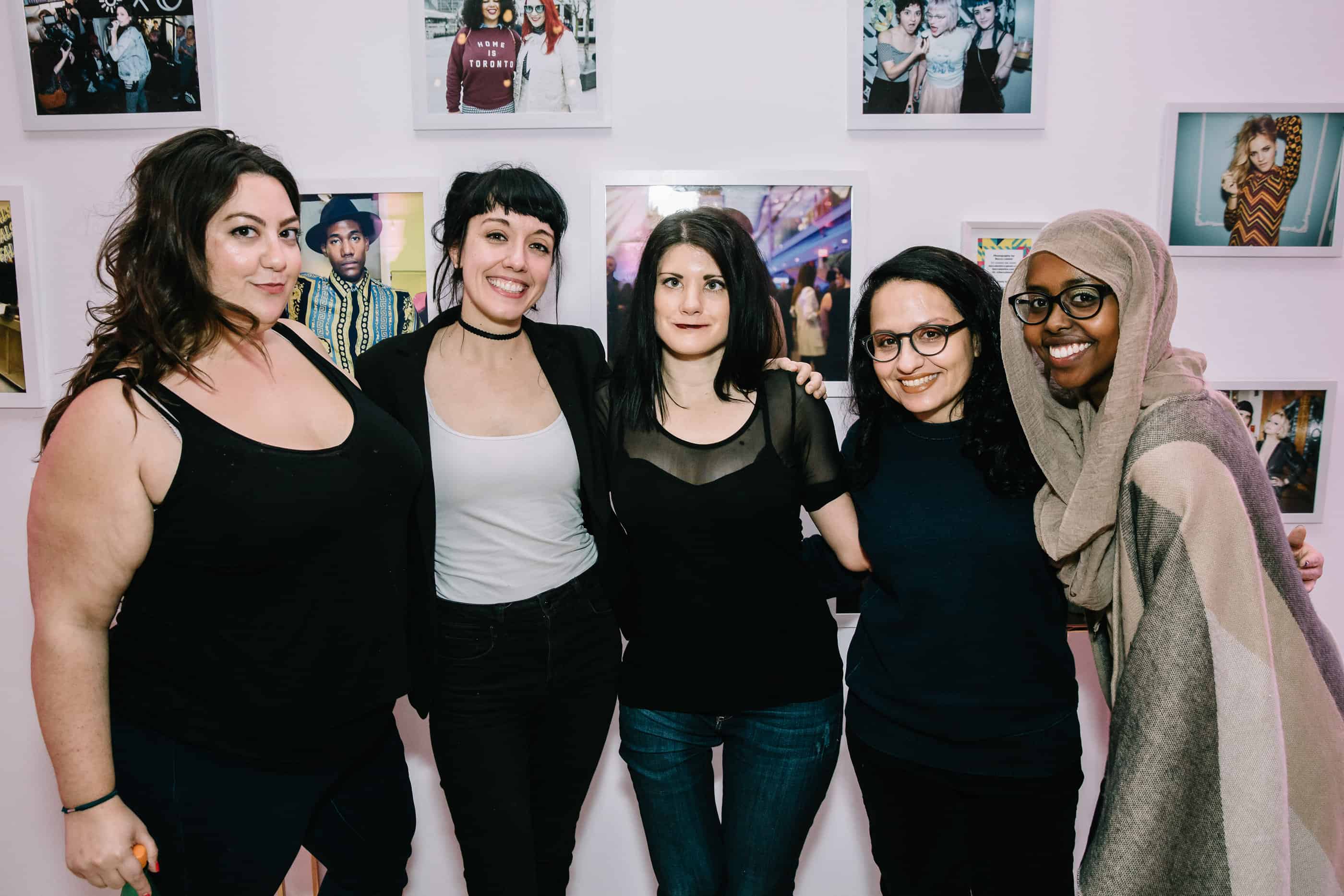 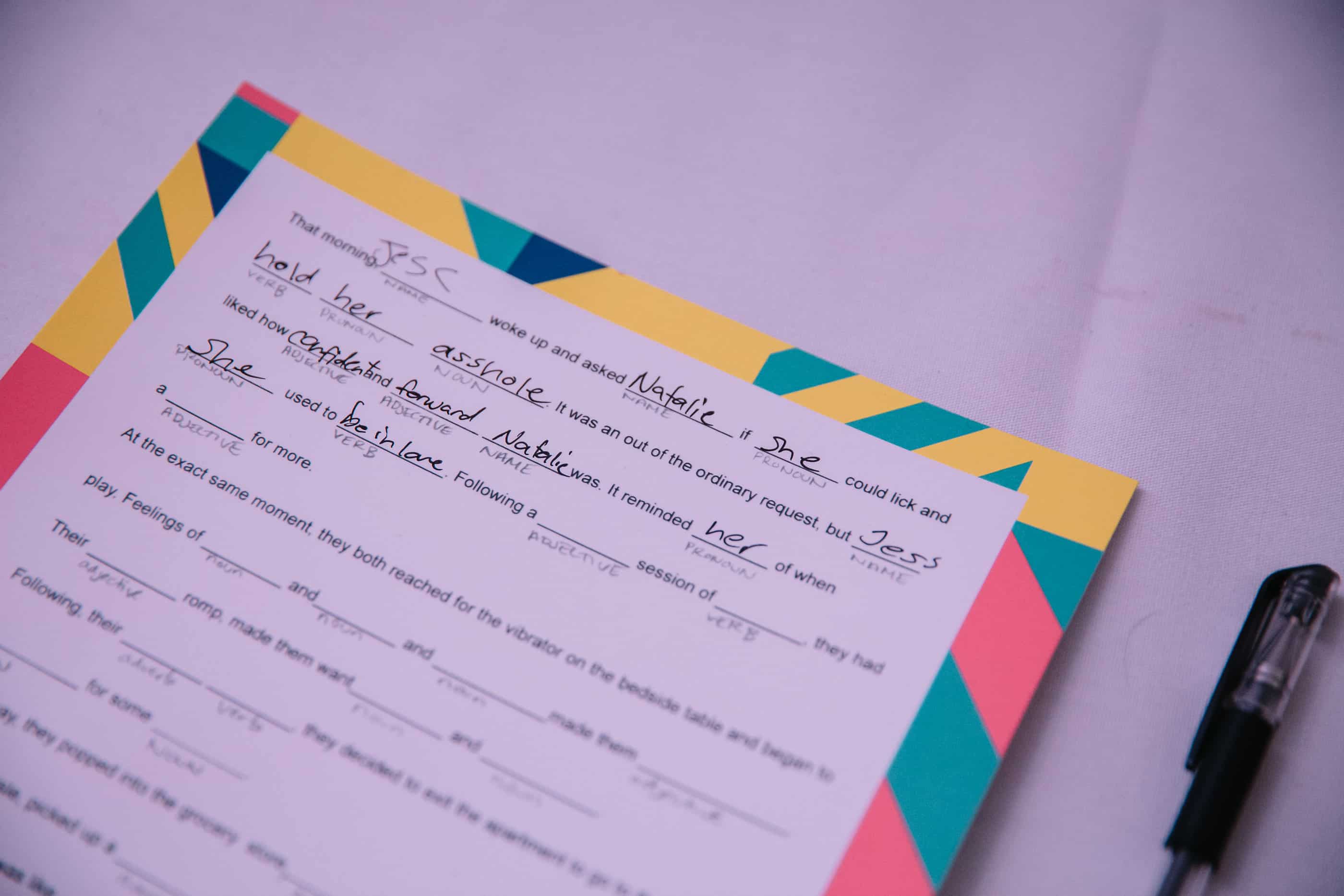 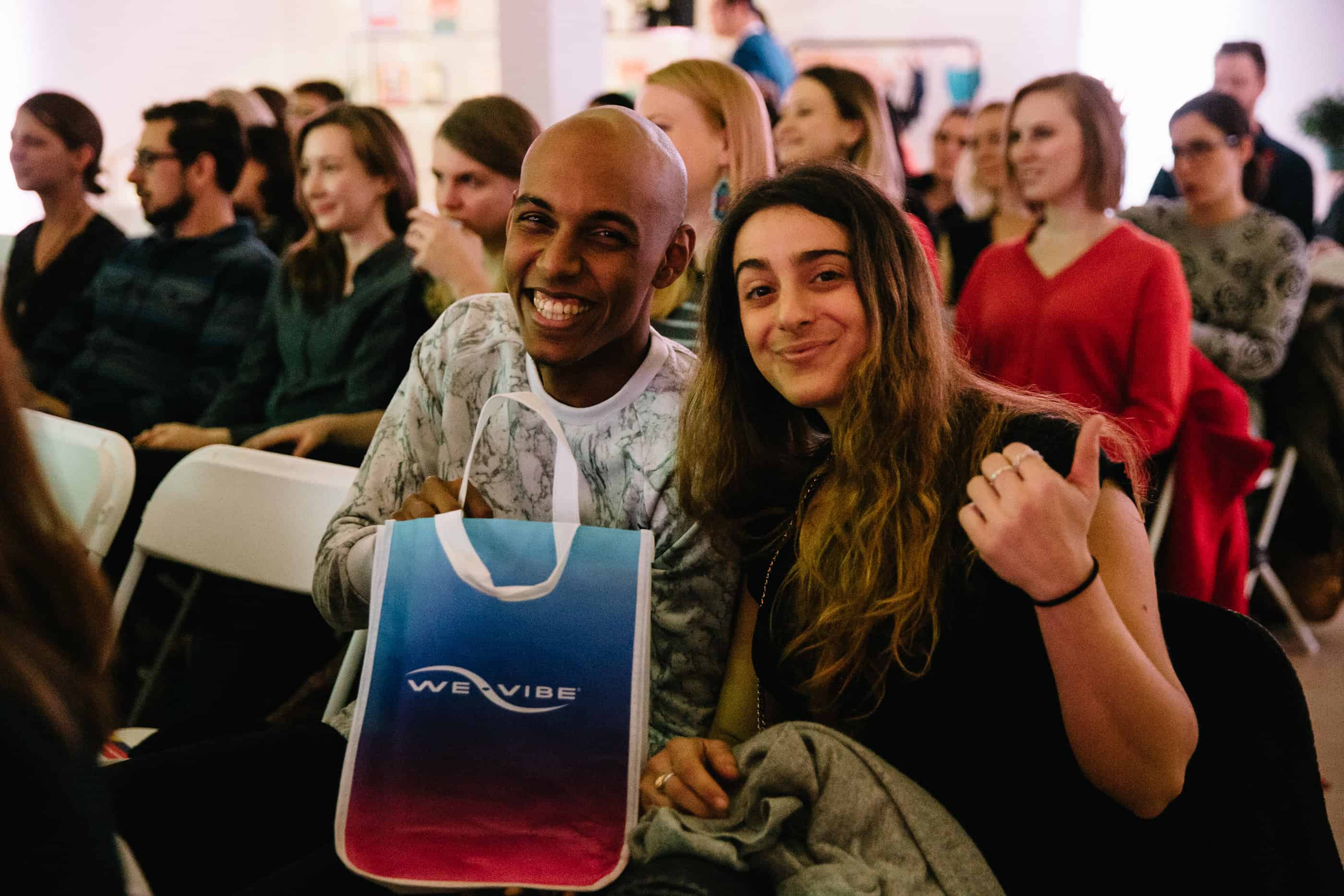 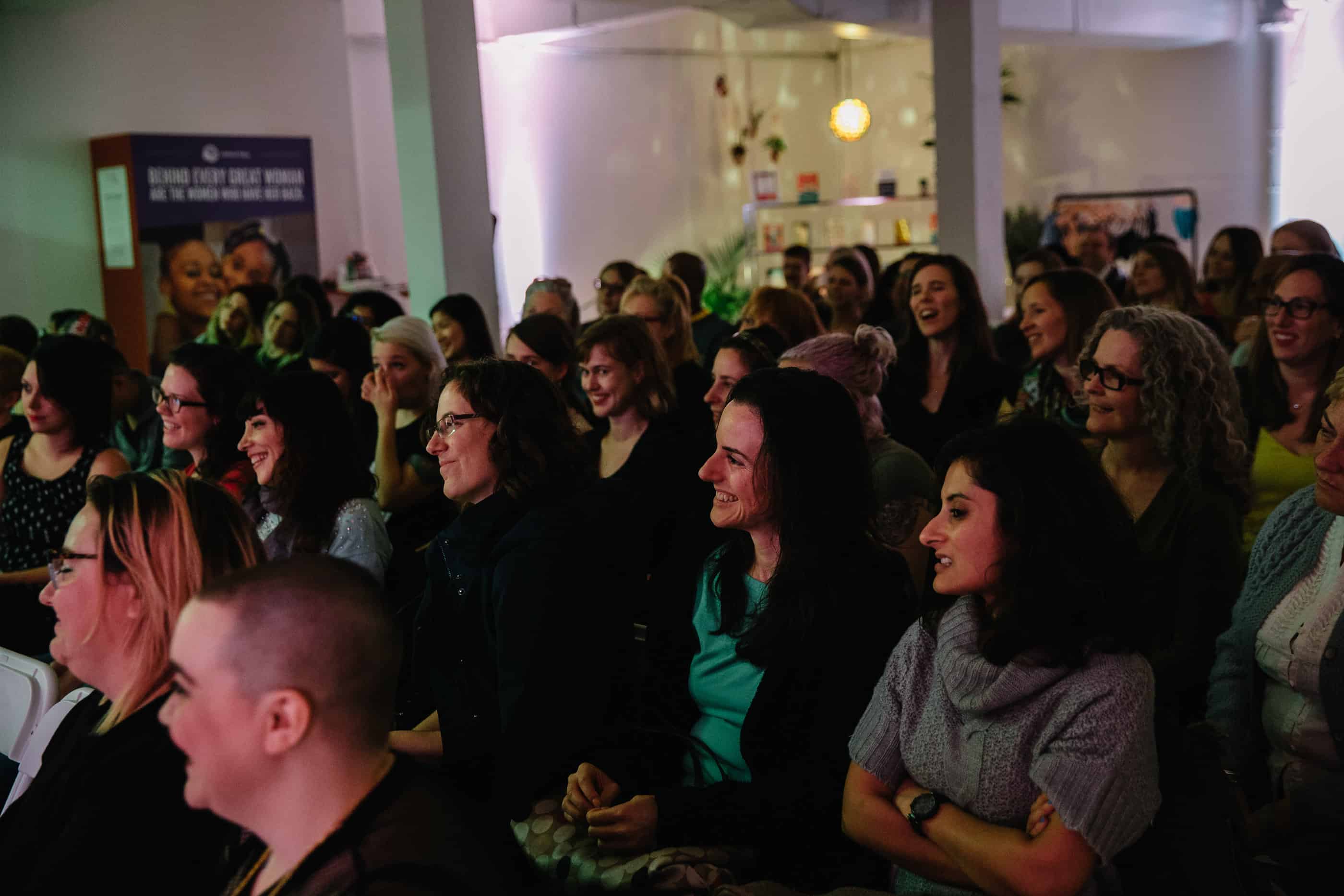 Following the warm-up games, Jess Beaulieu took the mic and talked about shark assholes, threesomes and orgasms before introducing a killer line-up of some of Toronto’s top comics. 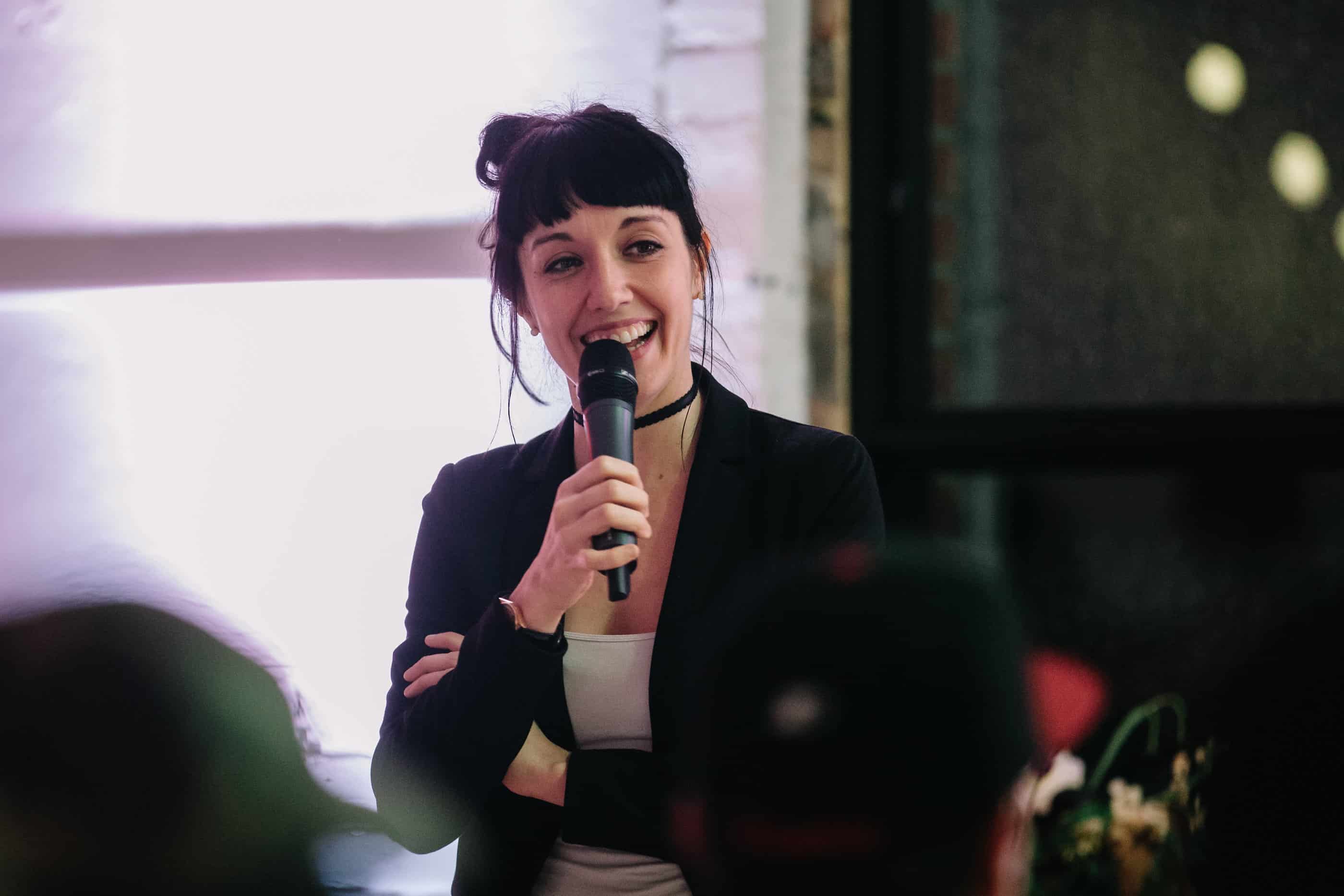 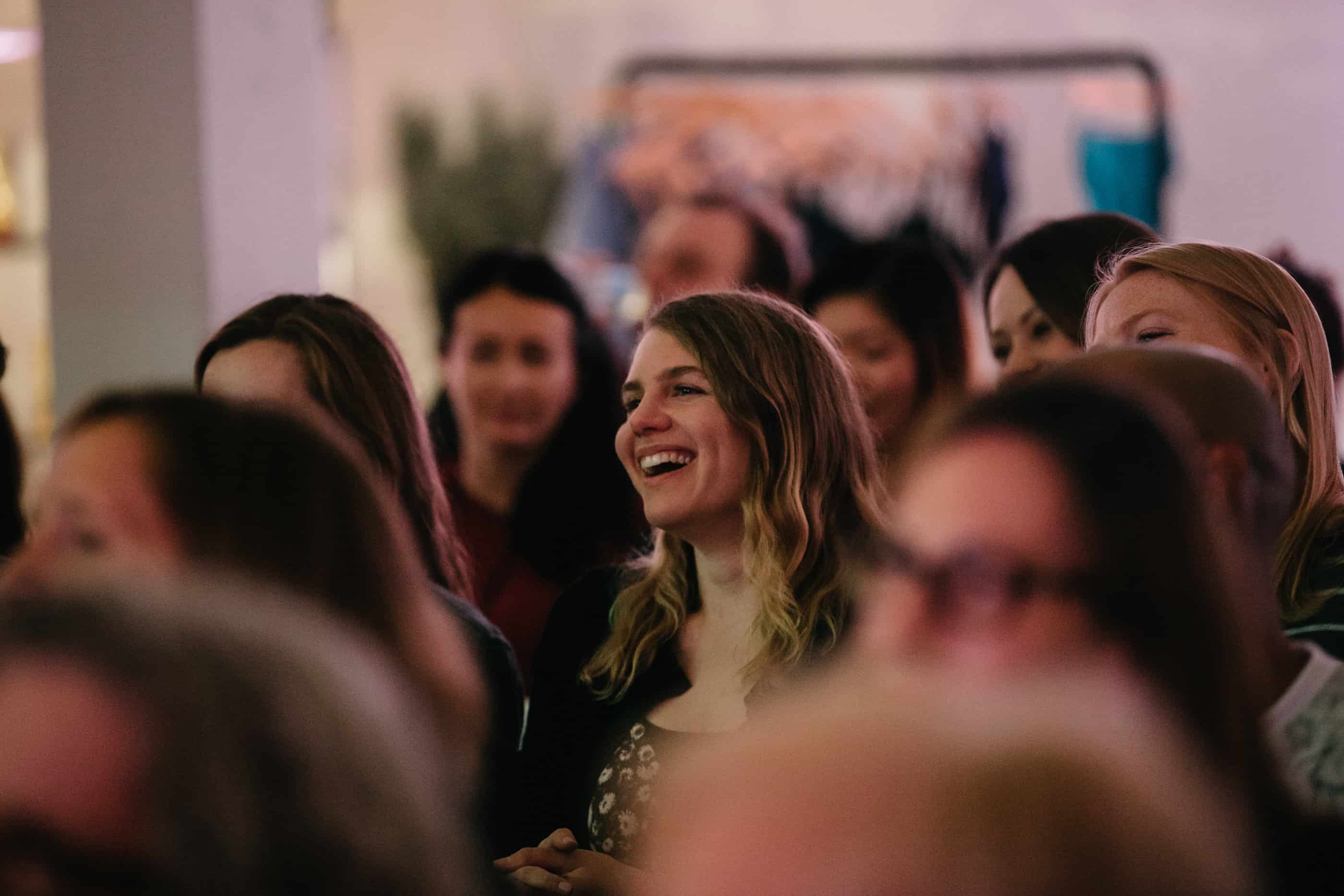 Courtney Gilmour launched right into things, talking about how being a woman with missing limbs, she is a living fetish. We also got to hear intimate details of the night she hooked up with a fellow amputee, who had a hook. 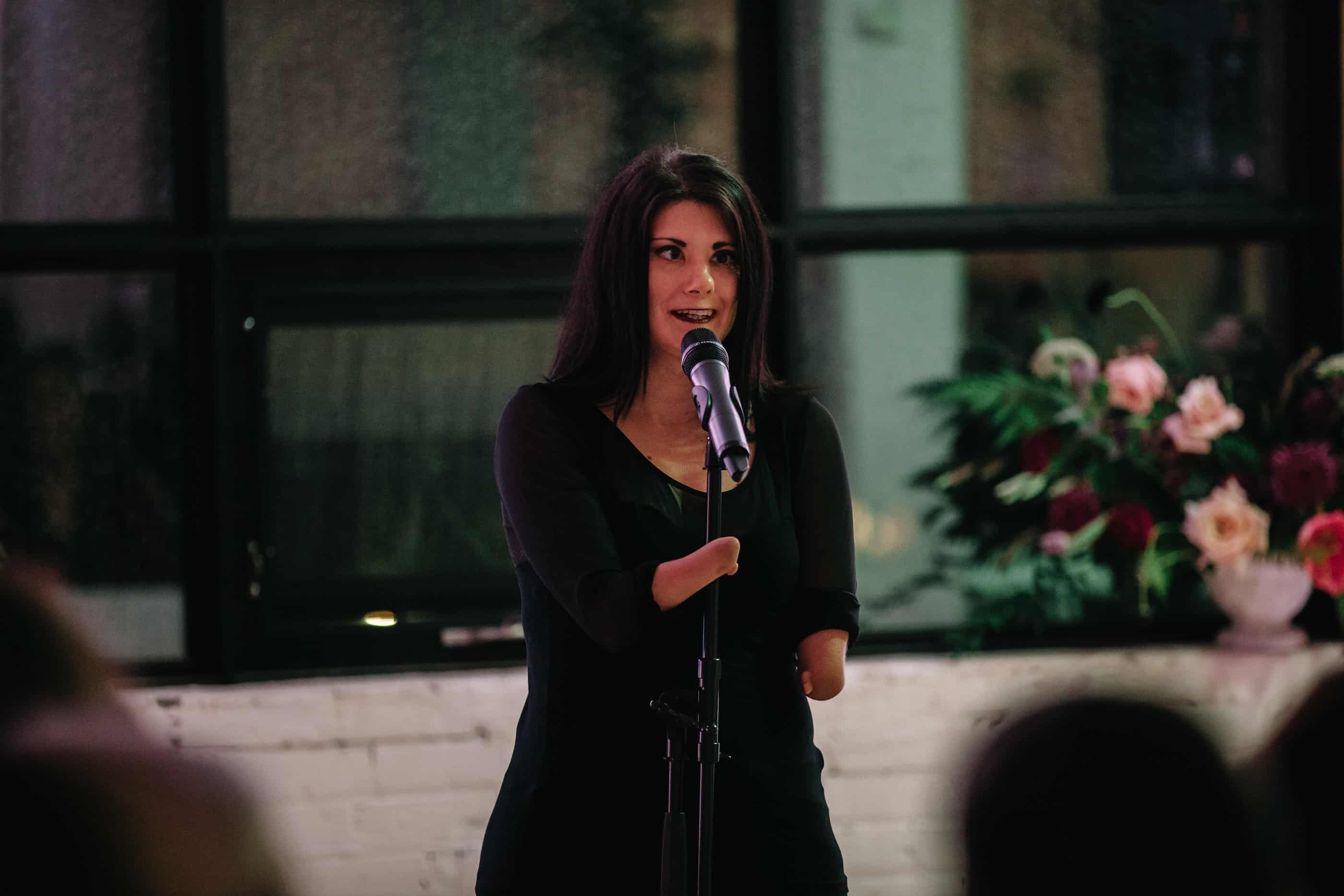 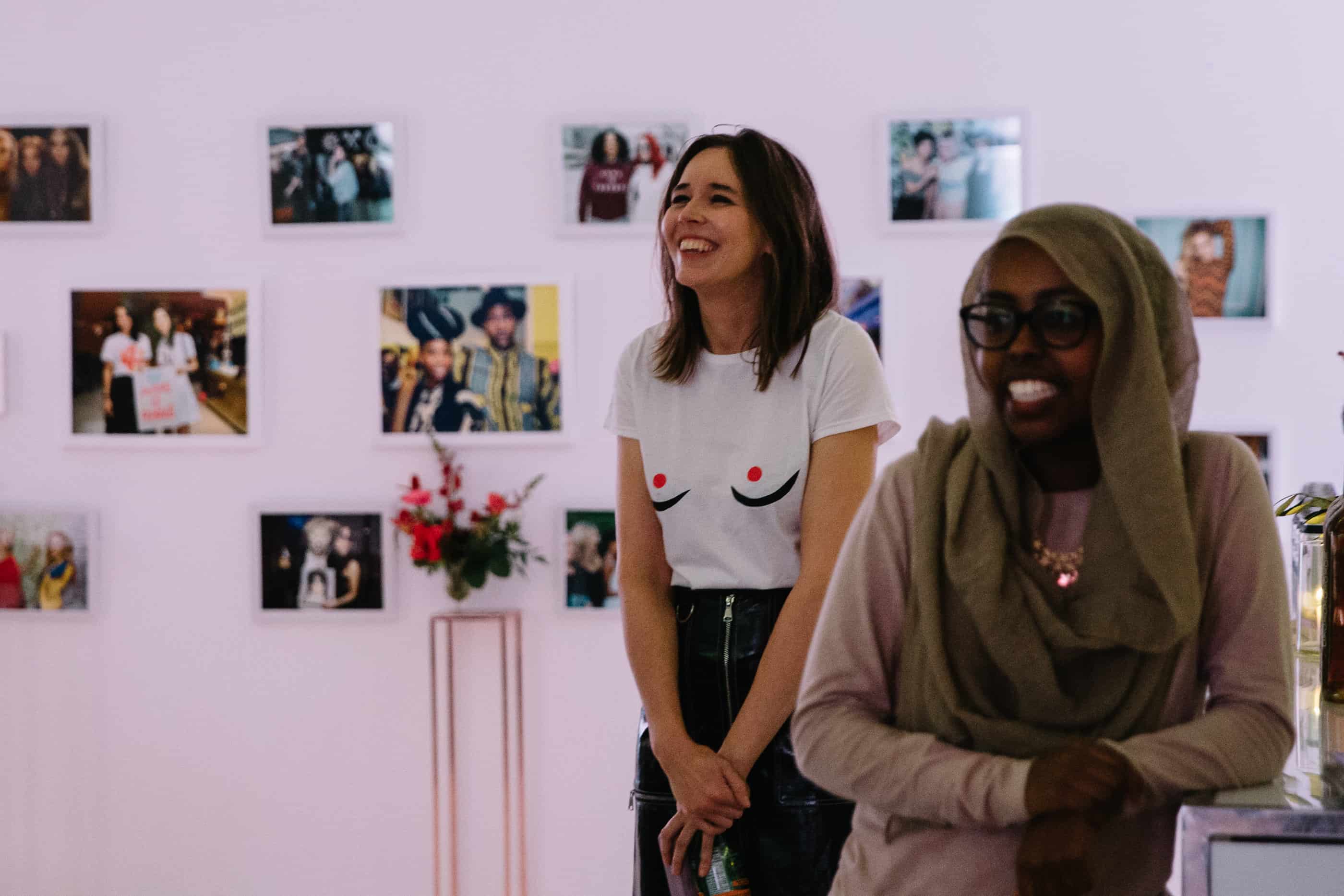 We howled and laughed until we felt pain in our jaws and our guts. Following Courtney, Carol Zoccoli took the mic and described in detail how women in Brazil handle breakups differently than women in North America. Less brunching, more bodily fluids – we’ll leave it at that. 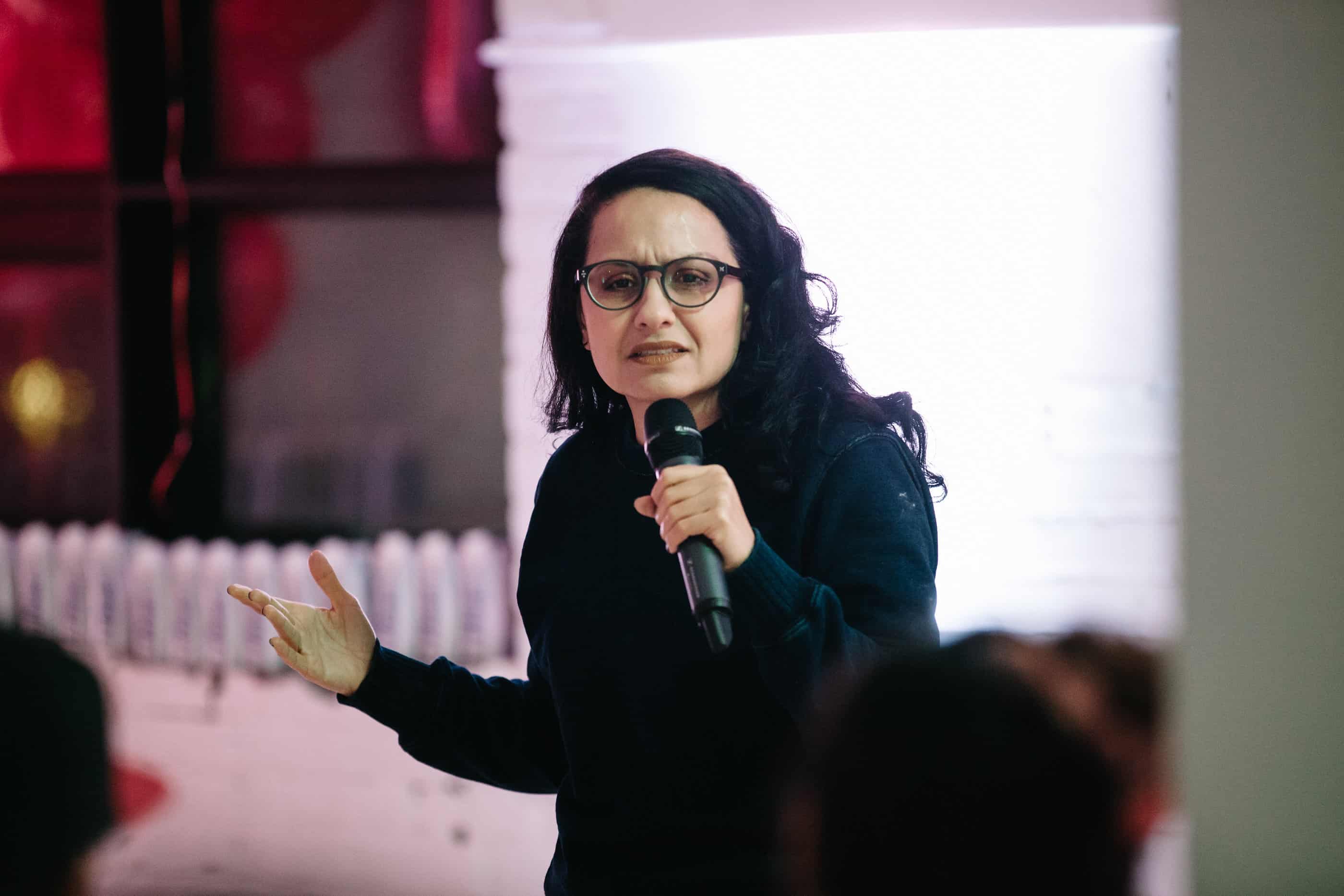 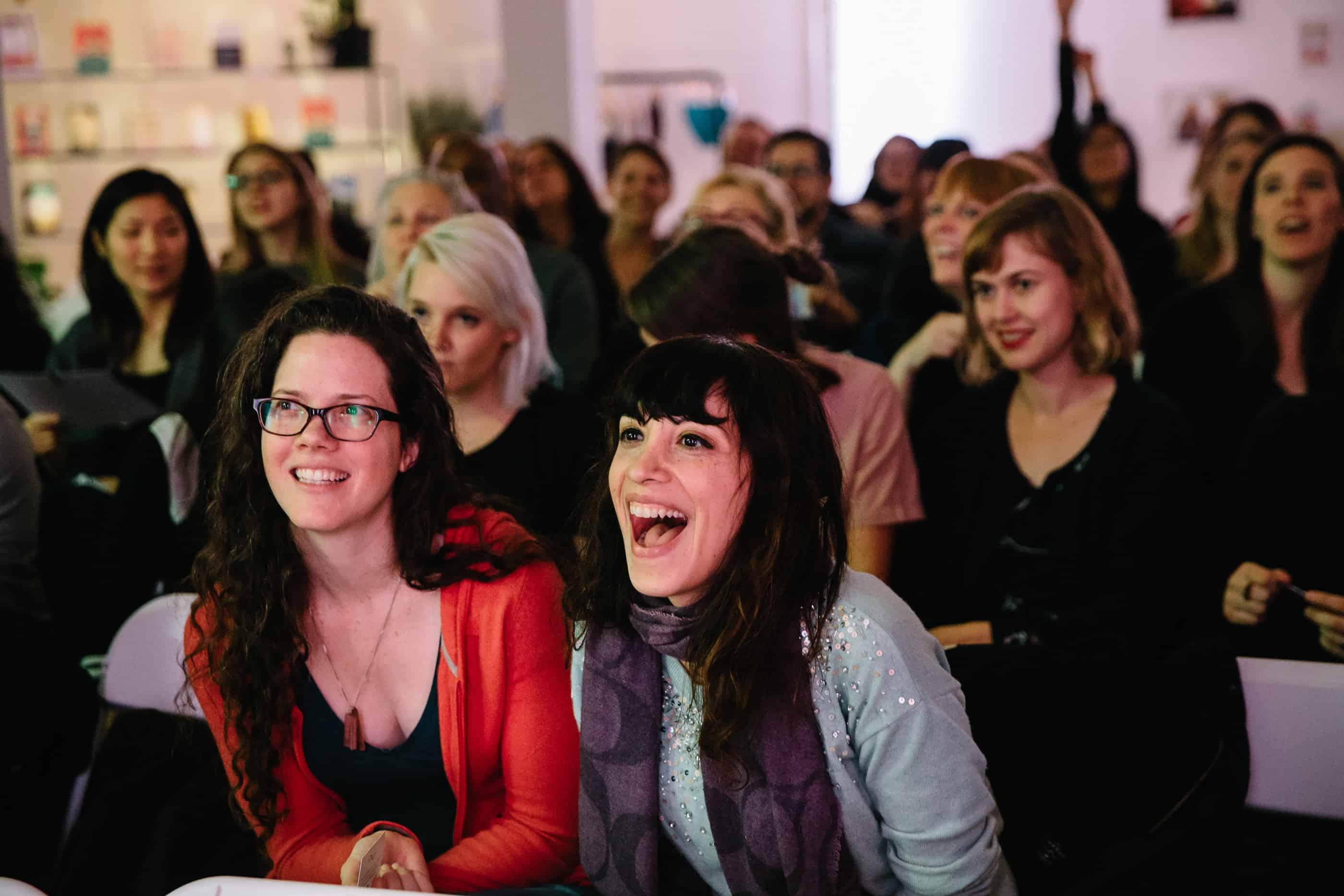 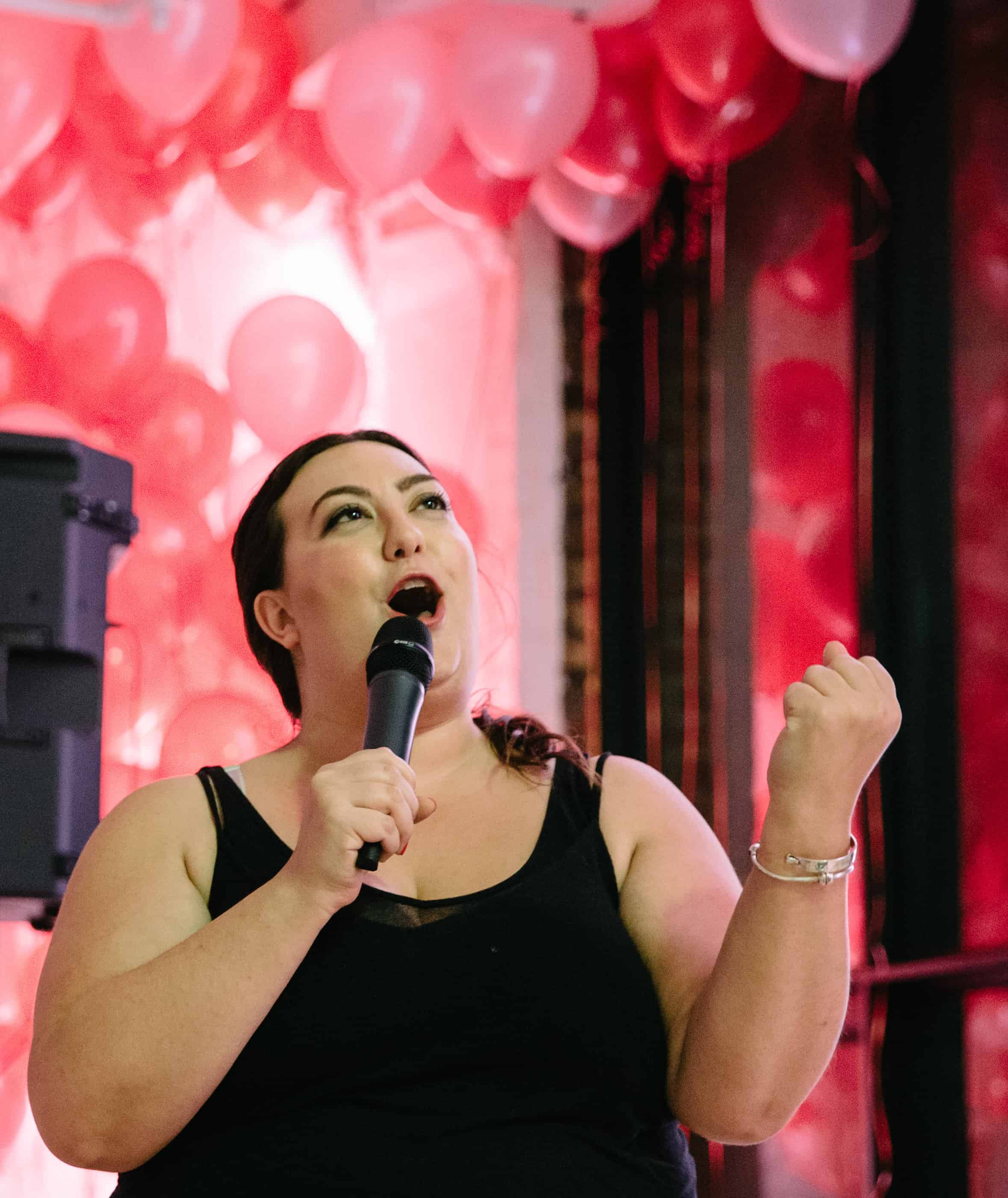 Knowing the desire, we paused the show to do a few more We-Vibe giveaways: What’s the average size of an erect penis? What percentage of women prefer shoe shopping to sex? IMPORTANT FACTS, PEOPLE. 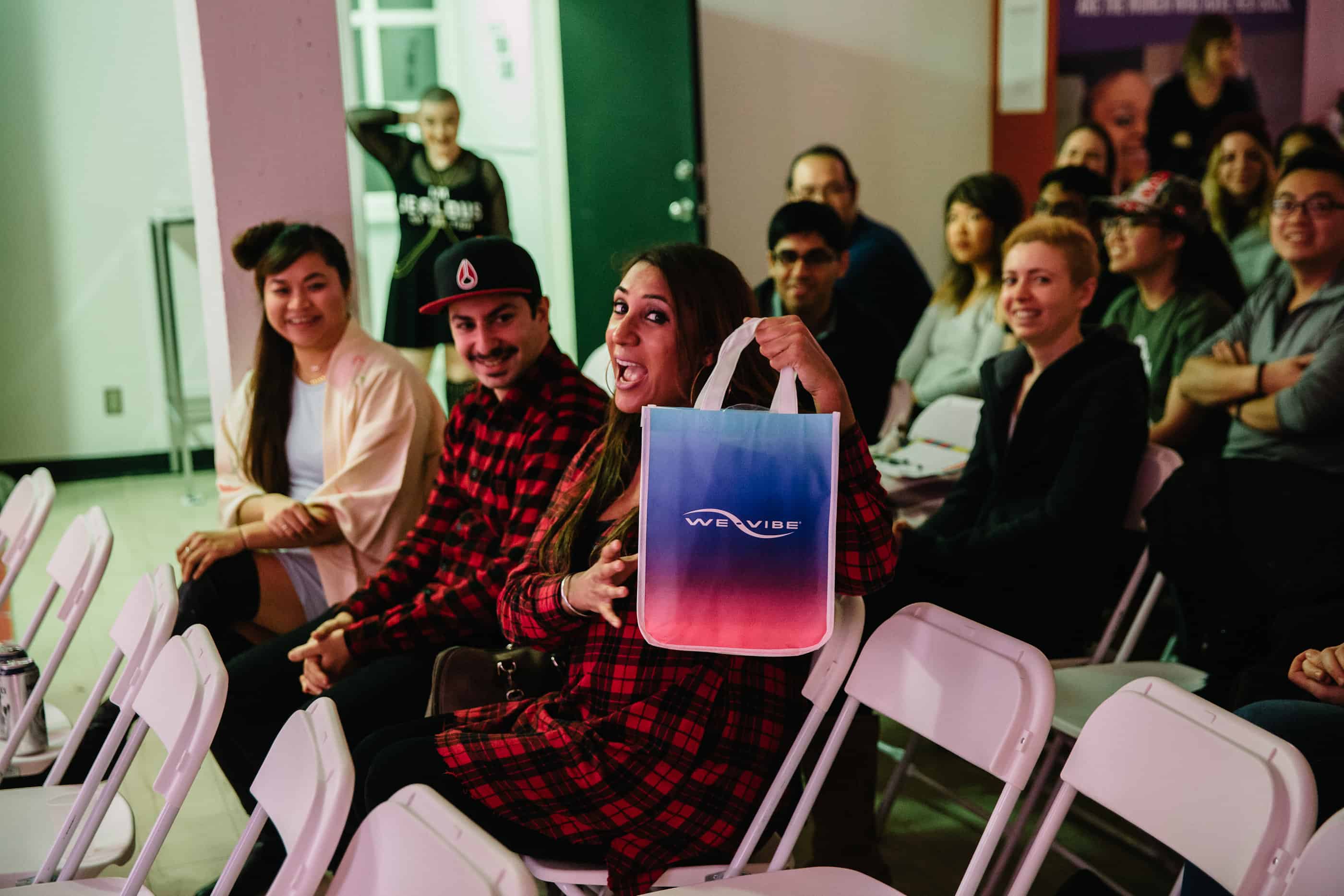 For the grand finale, Hoodo Hersi bowled us over with anecdotes from high school, boisterous rapping and race-related humour. Have you seen her in TVO’s recent doc, Stand Up Toronto? Well if you missed it, it will be airing on CBC soon. 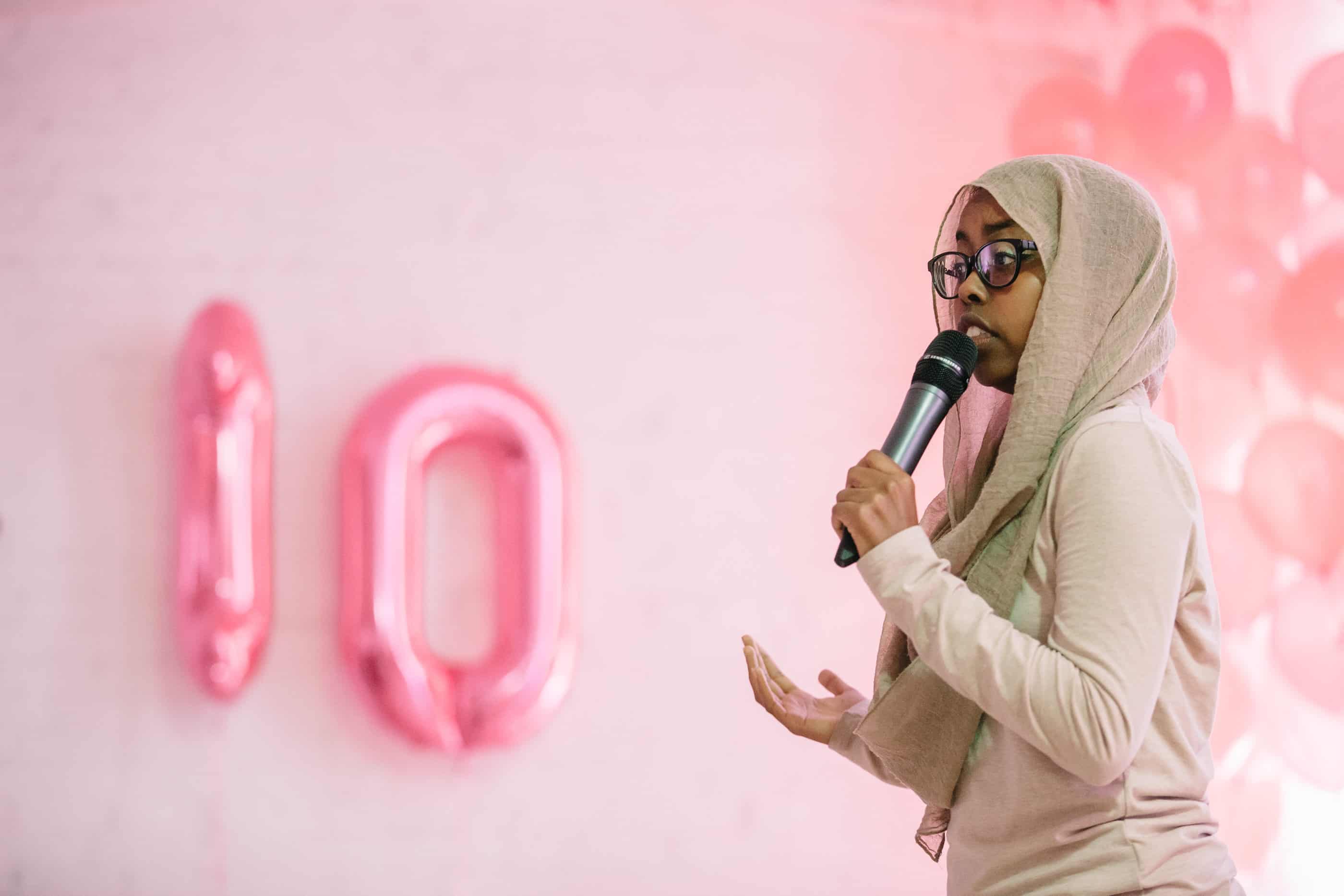 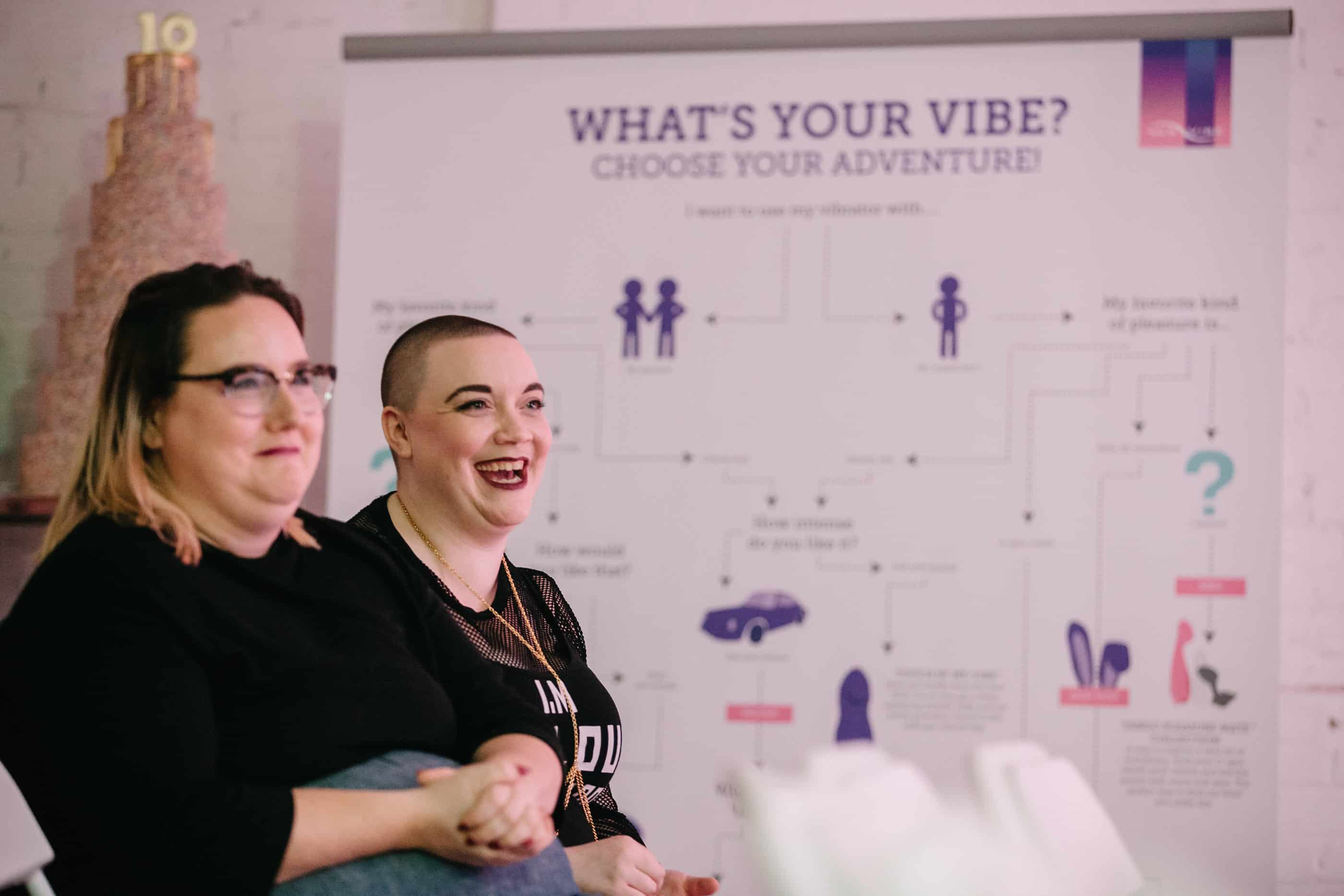 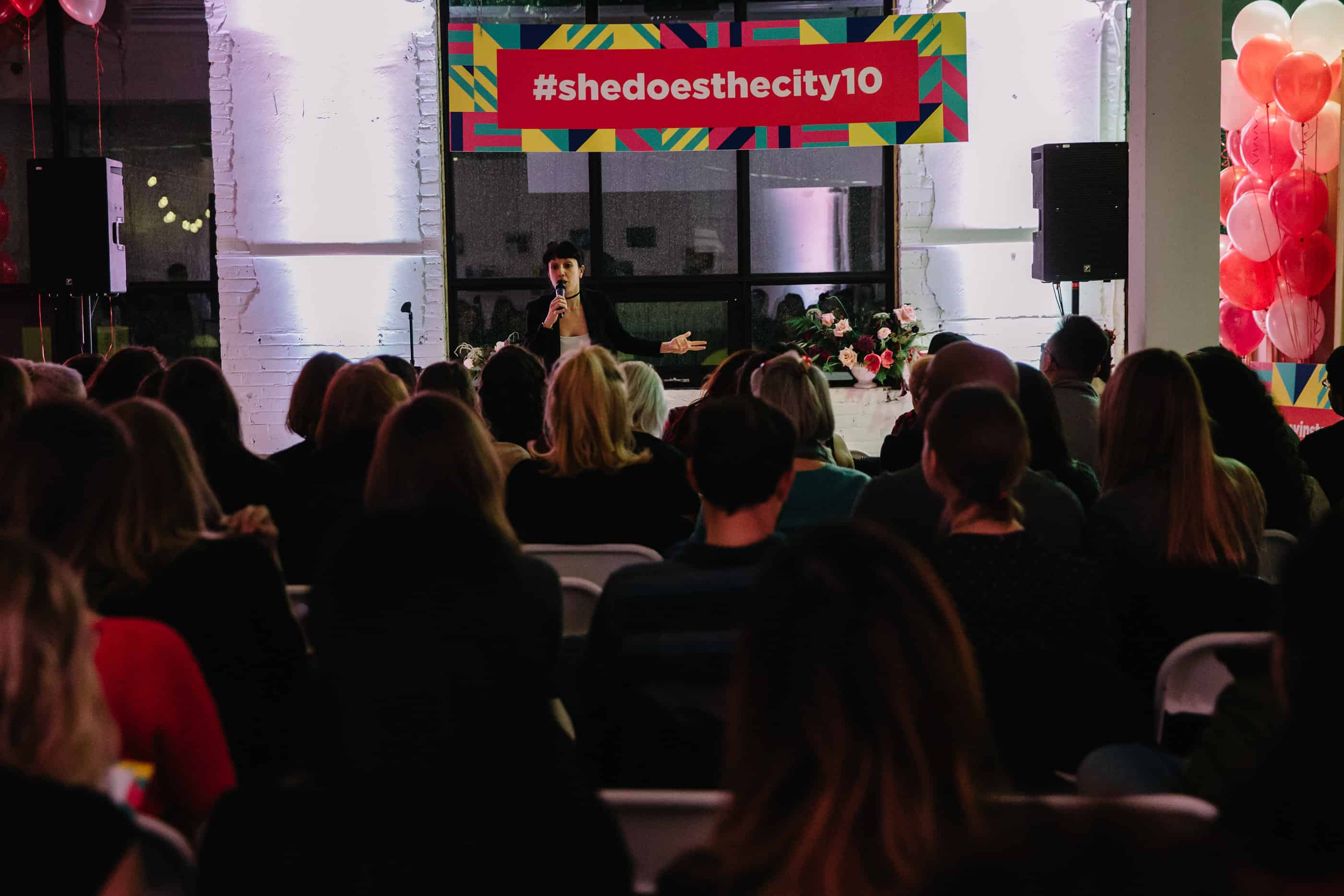 Get it on, gurl. On your own, or with your seasonal sweetie. Happy holidays from all of us at Shedoesthecity and We-Vibe. 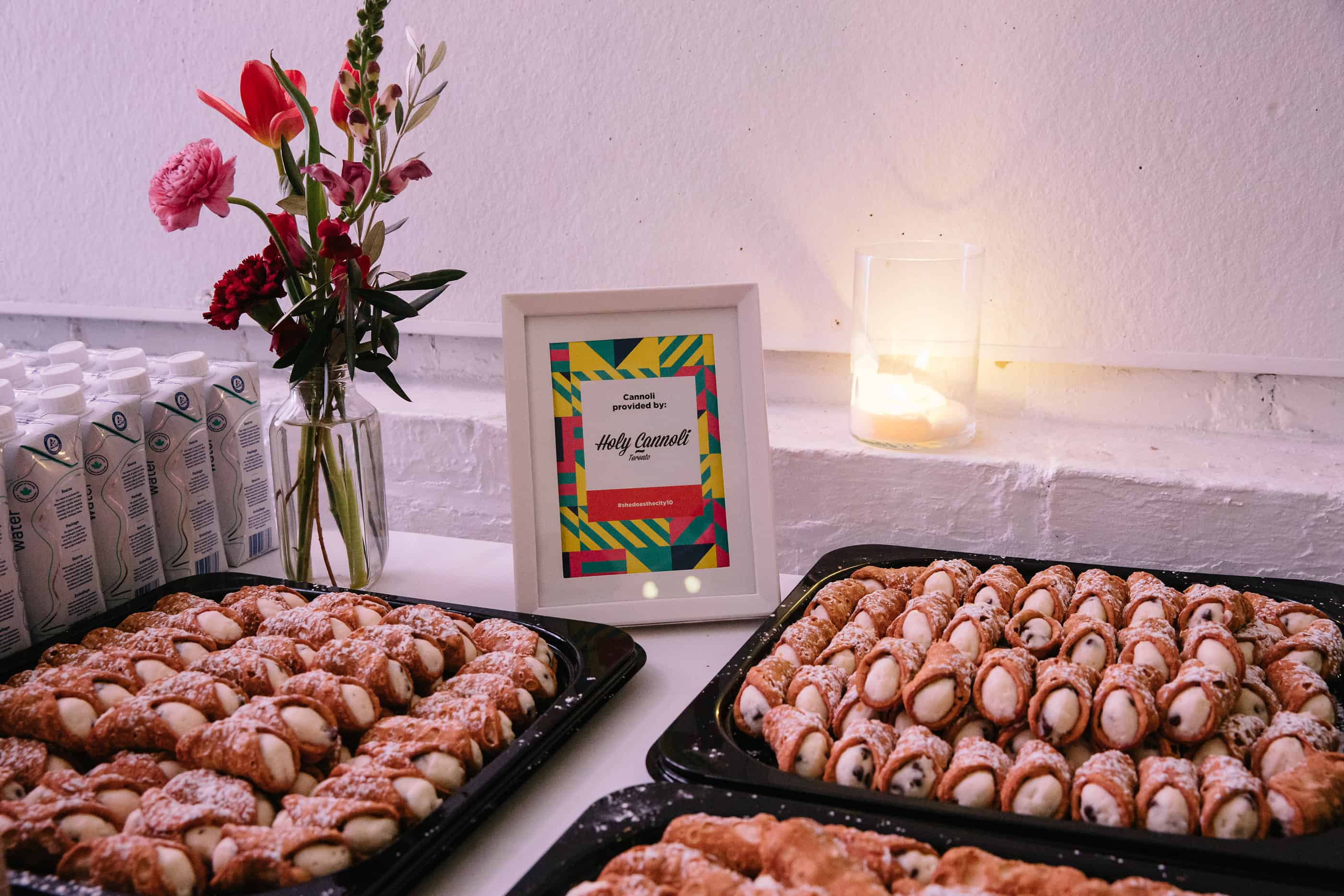 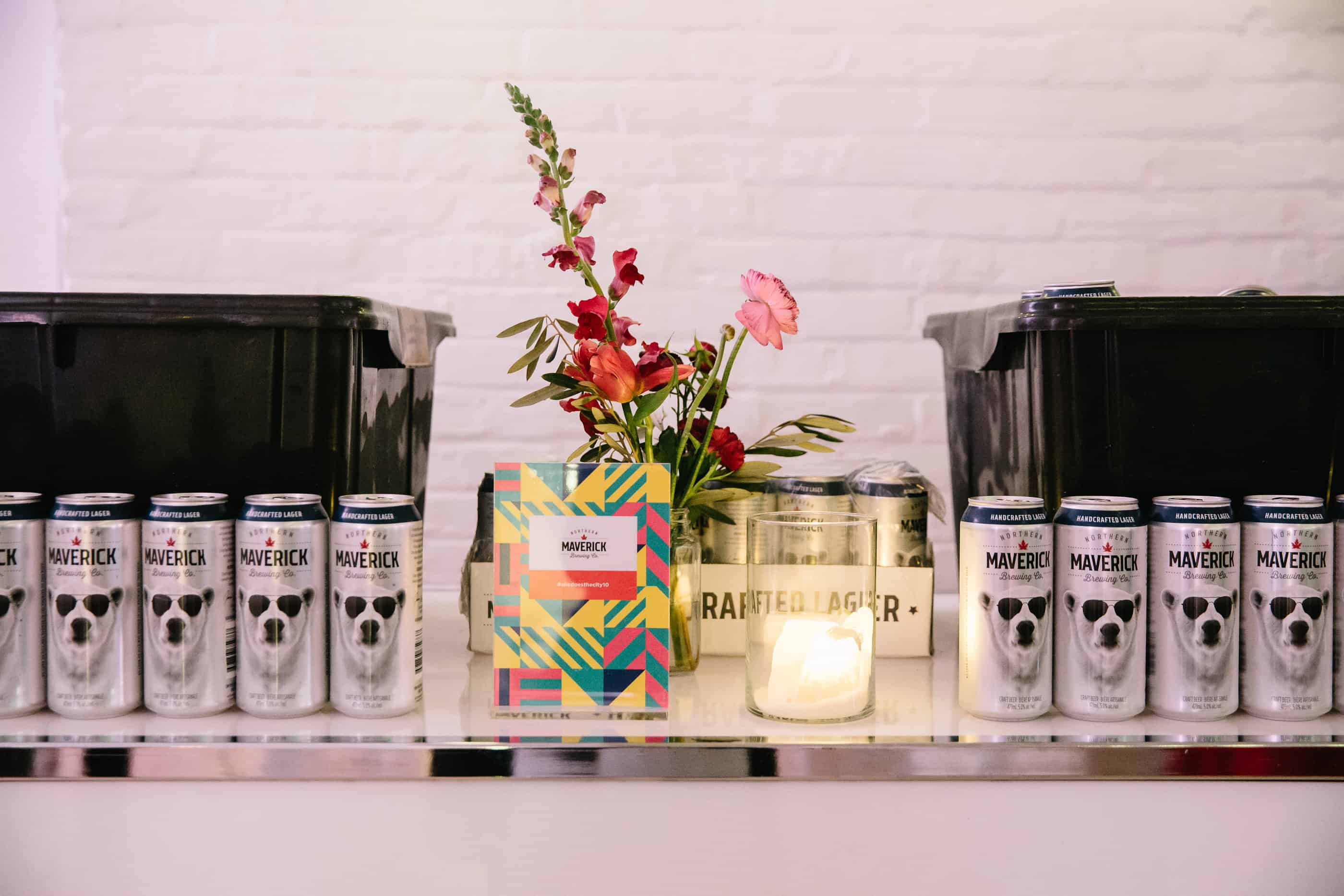 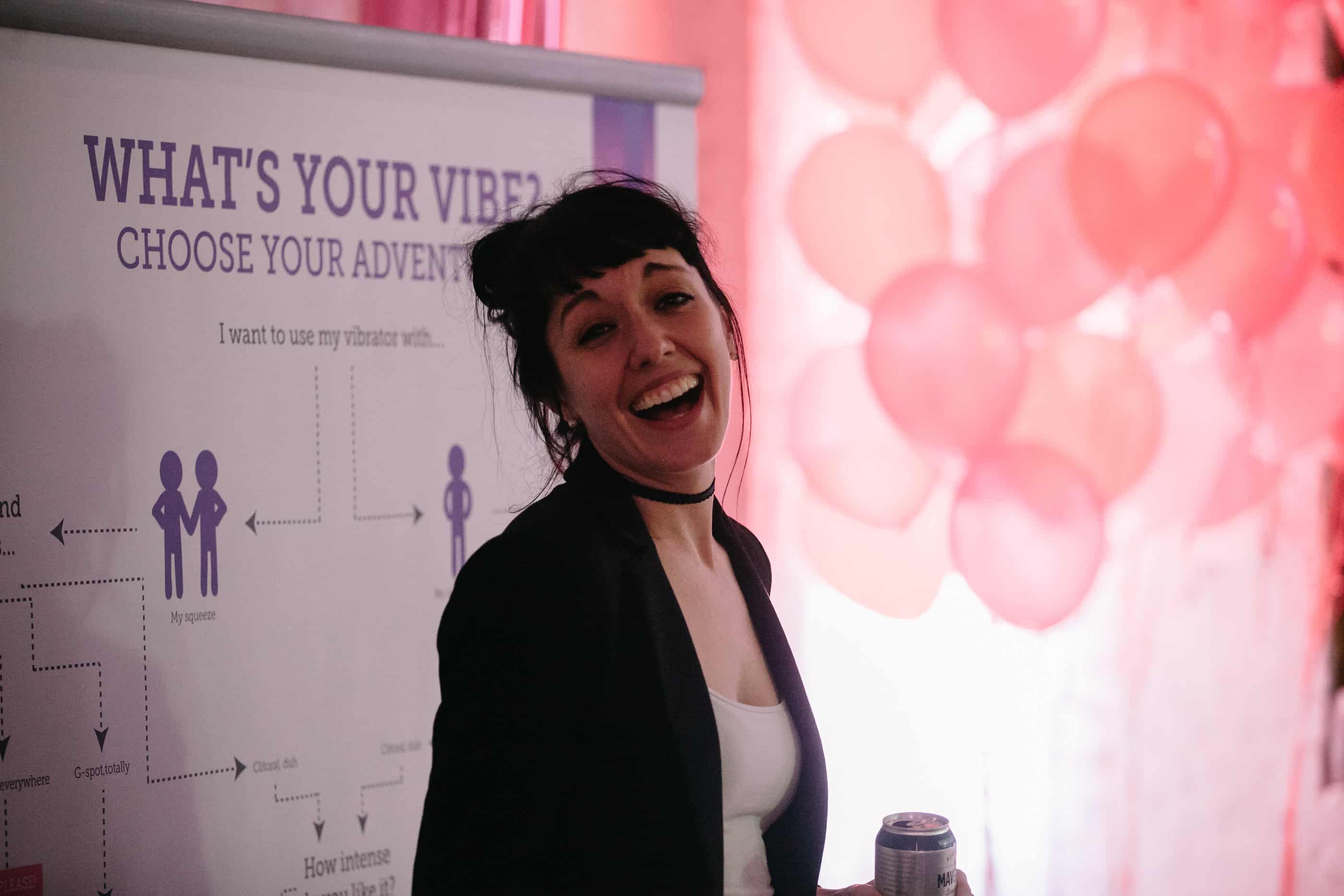