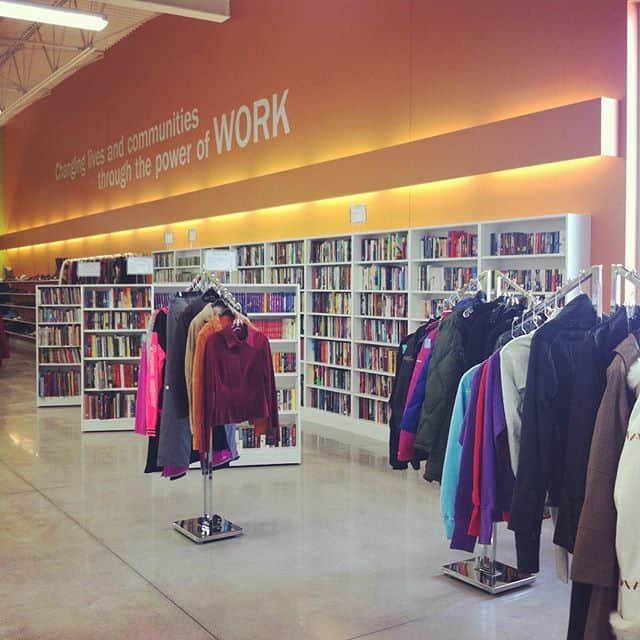 When I heard Goodwill stores in Toronto were closing, I was stopped in my tracks. I work in live TV and as I was rushing to grab coffee a giant plasma screen proclaimed an immediate shutdown of stores and other operations. Employees had arrived for work, only to be physically locked out of the stores, with no notice. In some cases, there was hastily hand-written sign taped to the front door. What a way to lose your job.

While the employees of Goodwill Industries are the evident and most important victims of this situation (when the Toronto Goodwill chapters closed, the union representing the former employees was fighting for the $4.2 million in unpaid severance and vacation pay), the existence of this institution was wonderful for more than one reason for Torontonians.

I was eighteen when the Runnymede and St. Clair Goodwill store opened. My mother had dragged me around to thrift stores and church sales as a kid. I always wanted this or that treasure and unlike at Toys “R” Us, I was more often than not allowed to bring home the toy, sweater, or books I picked out.

Once I had my own income, I went to ‘the Will,’ as my sister and friends began to call it (almost entirely without irony), almost weekly. I’d get a shopping cart, take off my purse and hide it under my coat in the cart. Then, with my large coffee/slurpee nestled in the folds of my coat as a makeshift holder, I’d put in my headphones, and double knot my laces.

This was not a game. I would go through every rack like it was my damn job. My room exploded with clothing in my university years. And how could it not? Shirts were $4, pants, $7, dresses $8. Then things got even better. They instituted a sale that allowed a higher discount the more you bought. Spending $10 on clothing got you 10% off, $20 got you 20% and so on, up to $50 and up affording you 50% off! It was magical. There were also daily specials, when items of a certain category were deeply discounted on a particular day of the week. This encouraged a huge amount of turnover making it worth it to return frequently.

An incredible power comes from finding something useful, beautiful or both for so little money. For those with very limited income, beating retail at its own game by finding a $200 pair of jeans for $5 means, in a significant and compounding way, that you’re beating the system. If you’re working paycheck-to-paycheck and you can buy a gorgeous, job-interview outfit for $18, it can feel like a miracle. I’ve bought Armani, Coach, Comme des Garcons, and Fred Perry there for the price of a Tim Horton’s sandwich. Not to mention the pile of practical items waiting to be grabbed: plates, Tupperware, toys, books, decor, chairs, and mugs (oh, the mugs!). If you were willing to dig, there was tangible treasure.

Never make the mistake of thinking all thrift stores are the same. Considering quality of items, treatment of employees, environmental efforts, and genuine charitable giving, these institutions are all over the map. There are many organizations that benefit from the assumption that they are a charity shop, when they are far from it.

Kind Exchange is a great option for clothing as their system of transparent and immediate cash/trade reimbursement is fair and does a lot to fight the negative effects of fast-fashion in Toronto. They also make cash and clothing donations to various charities, including CAMH.

I am openly biased against Value Village since they are a for-profit, privately held company, only contributing a small percentage of their revenue to actual charities. They openly take advantage of the gentrification of thrift shopping, bringing prices to levels that are actually too high for consumers who rely on second-hand stores to meet their basic needs.

Plus, I have a friend who worked there who was told she’d be fired if she missed mandatory staff meeting in order to attend a funeral.

Goodwill is by far my favourite as they have the most direct routing of revenue towards effective programs. The Hamilton-based Goodwill, The Amity Group, operates a broad range of employment services. They get the funds to run those operations and pay their employees from a mixture of direct charitable donations, government and private contracts, and the income generated by their second-hand stores. Last year, their chapter alone placed 813 people in jobs.

The good news is that Goodwill is coming back to Toronto, taken over by the Goodwill Industries, Ontario Great Lakes branch. They tell me the plan is to have new store locations up and running by the end of 2017.

I am so ready. 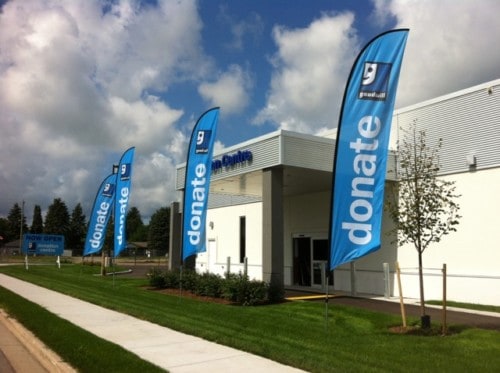