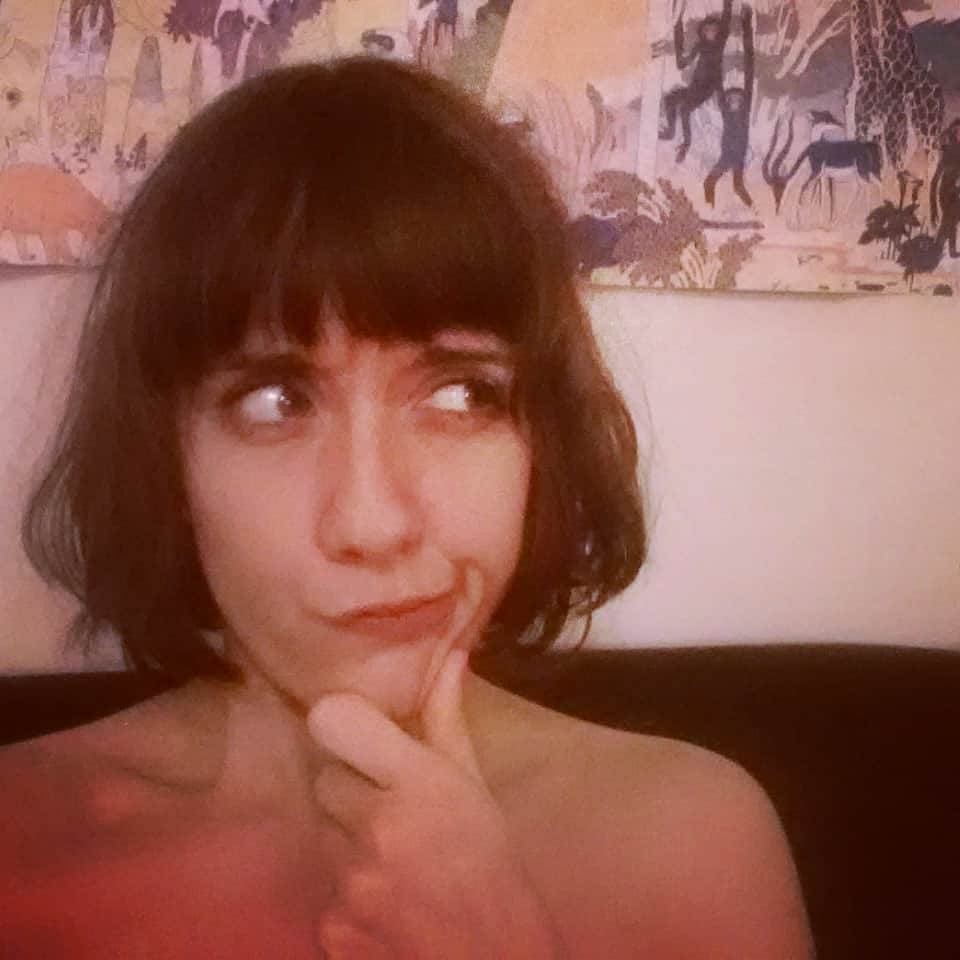 A few years ago I went through a torturous sexual dry spell.

Not in the sense that intercourse wasn’t available to me (although let’s get serious – it wasn’t plentiful either), more in the sense that I had no interest in engaging in it. I greatly preferred ordering a large pizza, twelve honey garlic wings, and one of those delectable McCain’s chocolate cakes over having a mind-blowing orgasm. And no offence to pizza/wings/cake ‘cause I still and always will consider them my eternal lovers, but in terms of orgasm receiving and consuming above mentioned food lovers I consider both today on equal playing fields and desire one as much as the other. And hell, if I can combine the two into one magical experience ALL THE BETTER!

Basically, what I’m saying is, my libido was nowhere to be found. It had officially left the building. Vanished in the middle of the night without a trace. It had opened up a wormhole, jumped through it and was living in a bizarro world where a version of me was blissfully moaning, sweating, thrusting, humping, and “yesssss!”-ing.

But back in reality, I was waiting for its triumphant return.

I thought if I left a clearly marked path of pizza crust crumbs leading to my bedroom door it would find its way back. But alas, it didn’t, and being passive via wishing/praying/hoping was amounting to nothing.

I needed to take serious action. But I had no solutions. Was I expected to FIND THAT DAMN WORMHOLE AND LEAP THROUGH IT AND TRACK DOWN MY LIBIDO? FOR GOODNESS SAKE MY LIFE WASN’T AN EPISODE OF SLIDERS. Although sometimes it felt like it was. Especially when I was searching for what seemed to be a non-existent entity.

Thankfully, I can confidently report that after significant trial and error I fixed them issues good! And I discovered some fascinating shit about my body and how it operates along the way. So, what were the main triggers that ignited the legend of the disappearing libido? Read on!

I masturbated like it was goin’ out of style (hint: IT NEVER IS)
Seems like an obvious remedy, don’t it? But at the time it really wasn’t. I didn’t connect that the more I orgasmed the more I WANTED to orgasm and the more I didn’t, the less I did. My vagina was entangled in one complex Catch 22 situation. So, how did I kick start this climax engine and get ‘er roaring again?

I watched pornography often and for long chunks of time and for free (god bless the internet now and forever)
This baby goes nicely with my first antidote ‘cause ain’t nothin’ like observing clits reigniting their flames to help a clit reignite its flame. There is a powerful sensation that pulses through my body while checking out sexual acts on screen. Occasionally the feeling in my loins surprises me when I’m watching a totally innocuous supposedly PG-13 flick that quickly transforms into an R-rated full on romp in the proverbial hay (it’s especially traumatizing when I’m watching said flick with my parents). And pornography, which is designed with the sole purpose of getting blood a pumpin’, helped my hormones do their nasty deed.

I went off the birth control pill and have never looked back (condoms FTW!)
I have found while chatting with various girlfriends who have also dealt with the escape of the libido dilemma that going off the pill increased their sex drive ten-fold. It of course depends on what type of pill you’re on, and not every woman has the same reaction, but for me it resulted in a significant jump in my want to smash my privates with someone else’s privates.

And my pill wasn’t that high in estrogen either. Other women I know who were on heavier doses experienced an even larger surge in fun naked times as soon as it was out of their system. Now, I’m no scientist doctor but meds seem to majorly alter my body’s natural sexy state (sometimes for the better and sometimes for the worse) so taking a look at what I was ingesting was key to restoring my lusty bad self.

Exercise and eating well maybe contribute to your body’s well being, who knew? (EVERYONE KNEW JESS EVERYONE).
I started doing yoga, biking, and eating less garbage, and with that came more energy, more positivity, and more boinking energy. Blood circulation is another serious factor in libido, as well as energy levels, and exercise fuels both. And I say this as someone who DESPISES MOVING HER BODY UNNECESSARILY. But I can’t deny that I noticed a connection between being pooped and not liking the coitus. On the flip side, when I was fresh off a long bike ride, coitus was my middle name. If there’s anything in the world that’ll entice me to exercise you better believe it be orgasming.

The answer is the quite good foreplay, which I frequently forgot about in my libido-locating expedition. And when I say foreplay, I don’t simply mean 2 minutes of smooching immediately before the p-dawg entered my v-dawg. I’m talkin’ around the clock foreplay, and this was specifically important when I was in a relationship. A touch to my lower back and a kiss on the neck could make it rain downstairs. A shoulder massage could end in a clit massage, and some eye fucking and making-out in the bathroom of a seedy, gross, dive bar did result in penetration upon arriving home.

For me there is a correlation between ongoing foreplay and ongoing libidio-ay and when I jacked up the former, the latter followed.

I got a new job, a new apartment, and a new sick life (hellllss yeahhhh)
This was the most challenging task of them all. I had to repair the damaged parts of my general existence in order to repair the damaged parts of my sexual existence. ‘Cause when I’m down in the dumps I am 100% not thinking about banging. I’m thinking about sleeping and crying and covering my body in various cheeses (in retrospect that’s pretty damn sensual though). Once I quit the job that was tearing at my soul and I moved out of a place that made me 24/7 miserable, I became more relaxed, more joyous, and more ready to ejaculate. It was not an easy feat but eliminating the crap that gave me the blues was the best thing I ever did for my glorious, deserving vagina.