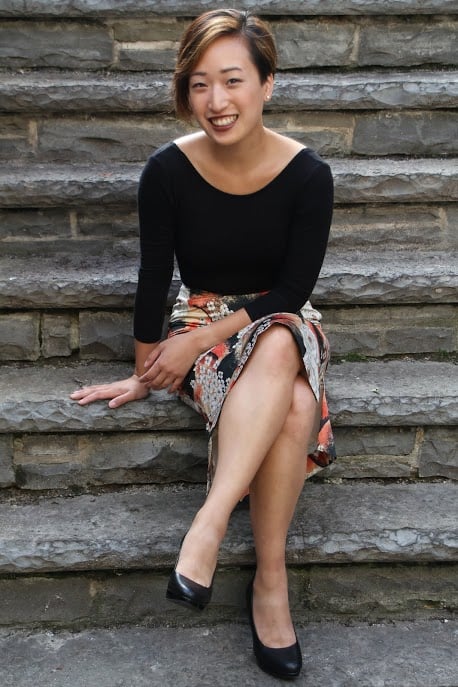 Deanna H. Choi is a professional violinist, composer and sound designer. She recently designed the sound for Paradise Comics – a new play about grief in different generations as well as the awkward, funny and frustrating aspects of adolescence. The show will close Filament Incubator‘s inaugural season of working with emerging, Toronto theatre artists.

We caught up with Choi this week.

SDTC: What exactly does your job as sound designer for Paradise Comics entail?

DC: I help to create the world that this play resides in. On a technical level, it involves creating sound effects, such as doorbells and car engines, or ambient soundscapes. Additionally, I created music for the transition sequences that were specific to this show. Since this play uses a non-linear narrative trajectory, part of my job is to help the audience understand the shifts in the time, a kind of ‘acoustic subtitling.’

How did you get into this field?

I stumbled into it by accident. I did a degree in Behavioural Neuroscience with no intention of pursuing a career in the arts. Then somehow, one thing led to another. I have a background in music, and when I was in school a friend needed a violinist last minute to play in the band for Sweeney Todd. A year later a friend asked me to write music for his show. The year after that, someone else asked me to sound design their show.

By the end of undergrad I was spending more time in rehearsal than studying. After I finished school, I moved to Toronto and since then I’ve been learning on the job. My ‘training’ for this job was cobbling together a combination of apprenticeships, watching YouTube tutorials, and having coffee with lots of different people.

How do you approach designing sounds for a production?

It depends on the project. I’ve been on some shows where I improvise along with the actors in rehearsal and use that to develop a soundtrack to the show. In other shows, a lot more is prescribed by the text in the stage directions and so on. A lot of the planning comes in reading the script over a few times, having discussions with director, and initial production meetings to get a sense of what the rest of the creative team is feeling in terms of aesthetic, theme, tone, colour. I’ll create a few samples and shoot them off to the director.

Ultimately I find that watching rehearsal is the most informative part that helps my process, to get a sense of the mood of the actors and the pacing of the show. For instance, with Paradise Comics, I enjoyed the script immensely when I first read it, but I didn’t quite realize how funny it was until I saw the actors in rehearsal. So that discovery changed the way that I created some of the transition music.

What do you love the most about your job?

Who is the sound designer you most admire?

I’ve been very fortunate to work with some phenomenal mentors: Thomas Ryder Payne, Richard Feren, Peter McBoyle, to name a few. They have very different styles, ranging from soundscapes of Medieval Scotland to site-specific installations to programming a pop musical. They do have one thing in common: they are exceptional collaborators. Their design and their process is done with the whole team in mind – the lighting designer, the stage manager, the actors. They know how to speak the language of their director, which is one of the most integral parts of being a good designer. That’s definitely one of the things I’m working to be better at.

What’s one thing about being a sound designer that would surprise most people?

You witness a lot more nudity than you’d expect.