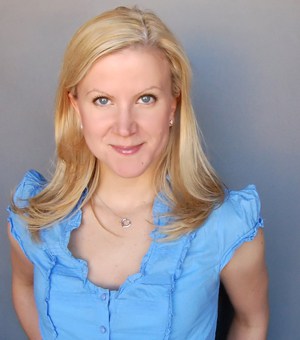 Dayna lives in Toronto with her husband Sean C. Robertson and her son Liam – and they are expecting their second child this summer. We caught up with Dayna last week.

What was your career trajectory thus far?

I have been working in theatre since my early twenties. I began as a dancer and singer, and through that I had a chance to do some work with classical theatre. During my time at the Stratford Festival I began to choreograph a yearly cancer benefit on the festival stage, and then I began to receive offers to choreograph shows. It launched a career of choreography for me. This progressed into direction, which is what I do primarily now. Currently I am directing the Starvox Production of Forever Plaid, which is such a fun show for audiences of all ages! It is ninety minutes of fun at the theatre!

Which do you prefer – dancing in a show or choreographing it?

I haven’t danced in a show in seven years, but because I choreograph shows I am still fortunate enough to spend a good portion of my life dancing!

What do you do as a choreographer that would surprise most people?

What most people would be surprised to know is there are probably at least fifteen to thirty hours of prep behind each minute of choreography that you see on stage (if not more, depending on the piece). Each move is carefully thought-out to tell a story through movement.

What are the steps you take to choreograph a piece?

I start by learning the whole score to a musical, then I storyboard each musical number individually. I detail what parts of the story need to be highlighted in the number and respond to what the music tells me. I center the choreography around what message the music conveys.

You have quite a few shows on the go, including Forever Plaid, plus your impending motherhood. How do you feel about this new chapter in your life?

I have made a significant shift into directing. While I still enjoy choreography, it feels like the right time to make the change for both my family and myself. I am lucky to be a mother to a beautiful three-year-old boy, and I am so grateful that we will be adding a new member to our family. I feel like this baby is going to come out dancing as I am always around really upbeat 50s music from Forever Plaid.

Best piece of advice given to you in relation to your career?

One of my favourite directors told me many years ago to be brave enough to fail. To take risks and be fearless about what we believe in, regardless of if it pleases everyone. He gave me the courage to try.

This year, Dayna is directing and choreographing one of the most successful off-Broadway musicals Forever Plaid, which returns to Toronto for the first time in twenty years at the Panasonic Theatre from May 17 to June 12. Get tickets here.