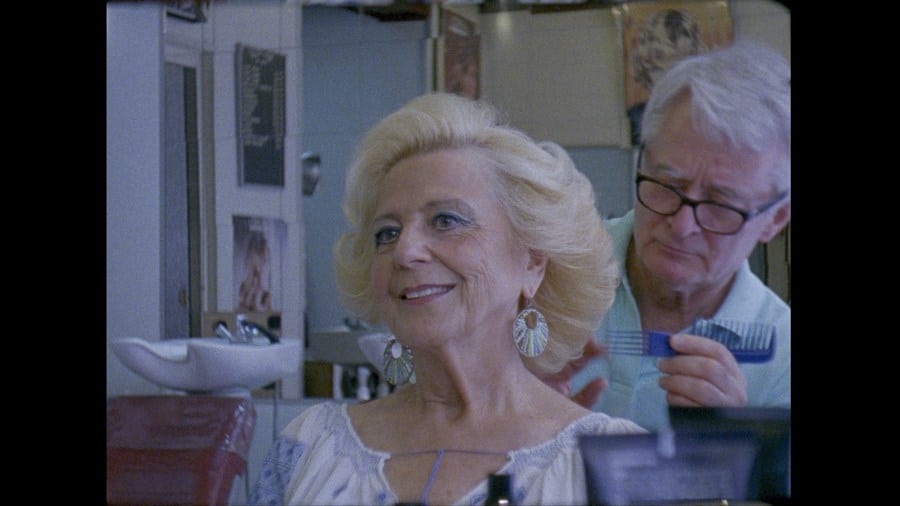 Filmed in the Montmartre quartier of Paris, Maison du Bonheur is a portrait of seventy-seven-year-old Juliane Sellam, who is as full of life and vibrancy as the iconic neighbourhood she calls home. Director Sophia Bohdanowicz’s captures the beauty and humour in the minutia of everyday acts, demonstrating that it’s in these seemingly mundane moments where we can find proof of a life well-lived.

SDTC: What draws you to elderly women’s stories?

JS: I am the first born of many grandchildren and came into the world with both sets of grandparents as well as great grandmothers on both sides. My family is quite close and I spent a lot of time surrounded by elderly women.

While being babysat I was often told about their sagas of growing up, immigration, lost love and survival. The first narratives that perked my ears (long before the ones in films) came from the women in my family. Now that I have the opportunity and platform as a filmmaker, these stories are on the tip of my tongue.

I find that elderly women are marginalized in filmmaking and society at large and it makes me quite angry. We see stereotypes of elderly women in film and they’re often portrayed as bitter, tired, confused and senile. These representations are unjust and are not the lens with which I perceive these wise matriarchs who have so much life experience, have raised families and whose labour is rendered invisible.

What did Juliane think of your film?

I had the opportunity to screen the film for Juliane last year when she was in Toronto visiting her daughter and we showed her a rough cut. It was a very magical and sweet experience because she was over the moon with it.

I know that while we were making the film she trusted me implicitly, which was incredible; however, being filmed on a day-to-day basis is something that renders a person quite vulnerable. I think she was quite courageous to have been so open to my documenting her life in such a detailed way. She had never met me, I was a complete stranger, yet she was so generous. It still overwhelms me when I think about it.

I was relieved that she loved the film, that she felt like it was an accurate portrait and that it wasn’t distorted in any way. I try to keep my filmmaking as natural and as honest as possible and I’m glad that Juliane is so enthusiastic about the way she was portrayed.

It’s a high compliment for me. When we were shooting we had a lot of fun, it wasn’t a stressful process and I think we were both quite surprised that something so effortless and playful could came together to create an entire narrative. We really had our cake and ate it too.

It is my desire to have people to think about the elderly matriarchs that have laid out strong foundations in their lives and that have played a significant role in their communities and families. Celebrate and honour their life experience and wisdom.

More specifically though, Juliane is a very special woman. I think that she is a rare gem of a person who has the capacity to light up the darkest of rooms and every person she encounters. Making this film was an enlightening experience for me because I don’t think I’ve ever met anyone who lives their life as joyfully as she does.

This way of living and perceiving life is contagious and in a world where we experience so much difficulty and tragedy. My hope is that my film will provide some reprieve, relief and release from that. We all need a little holiday from time to time.

What aspect of Juliane’s life stuck with you?

What I found to be most fascinating about Juliane is that she was an actress as a young woman but never pursued it. She was born in Tunisia and shot some films there as a teenager, but when she moved to France and married, she stopped acting. She actually went to school with Claudia Cardinale as a teenager and Claudia was envious of her. She would come up to Juliane after she had shot a film and would say that she wished she could one day star in a film. Claudia was inspired by Juliane as a teenager and it’s what drew her to acting.

It’s interesting the way life works because Claudia obviously went on to be a massive star and Juliane raised a beautiful family and led a wonderful life (and still continues to do so). What sticks with me is that although she didn’t pursue acting again up until now, Juliane has this extreme sense of naturalism and authenticity that translates seamlessly on screen. I love that after all of these years she is able to stroll into the roll of a strong leading lady so effortlessly. It’s quite impressive.