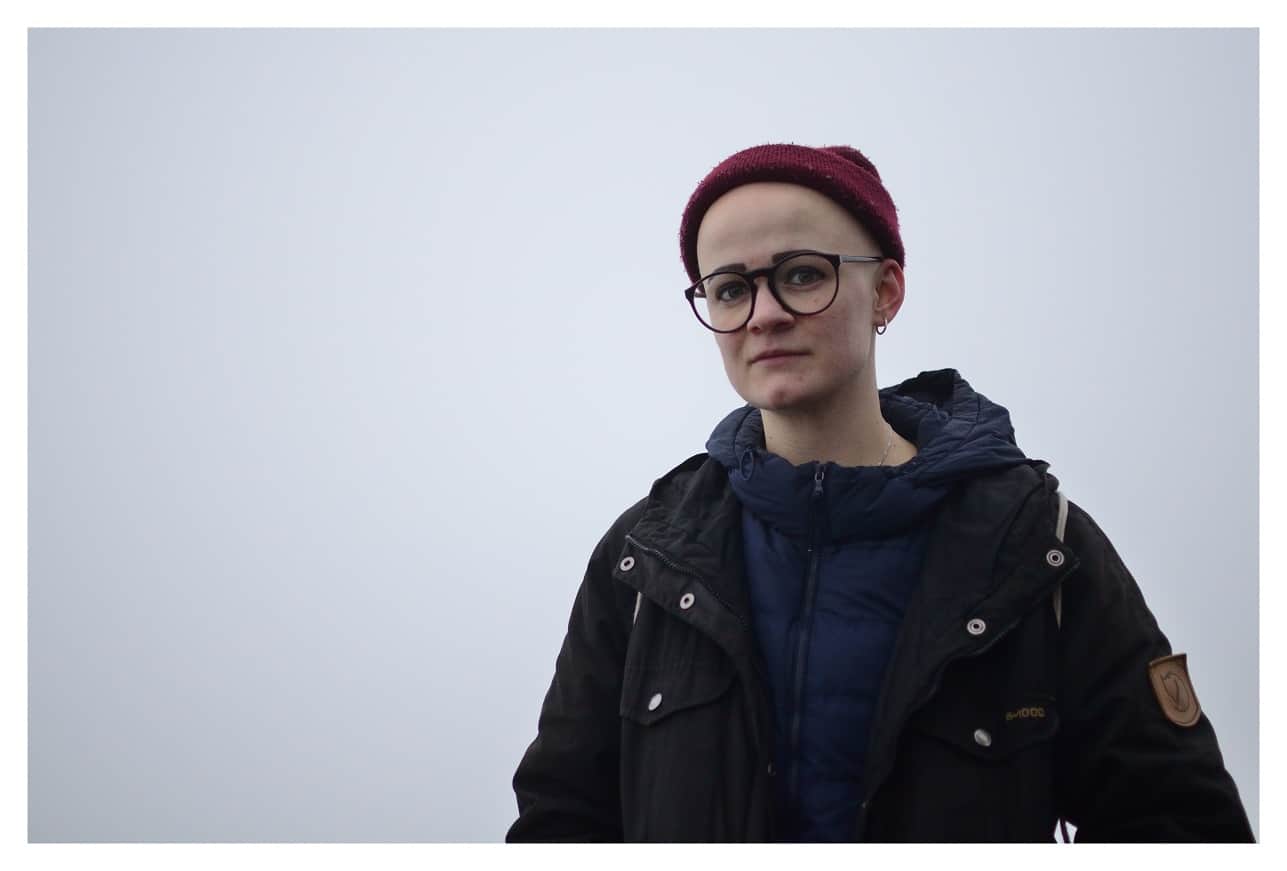 Fjóla Evans is a young Canadian/Icelandic composer and cellist whose work borders sound and art. Her work explores the physicality of sound while drawing inspiration from patterns in nature. She completed a master’s degree in composition at the Yale School of Music in 2018 and this September she began doctoral studies in composition at Columbia University.

On November 30, Evans will be rehearsing some of her latest work in a live professional orchestral setting as part of TSO’s Explore the Score, a program that offers the rare opportunity to witness artistic creation first-hand.

We chatted with Evans this week.

SDTC: What is your earliest memory of being moved by a piece of music?

FE: I have a lot of memories of listening to music with my grandparents in their living room in Iceland. My grandfather loved to smoke cigars while Maria Callas and Russian balalaika music played on the stereo, and my grandmother listened to a lot of violin and cello music. I remember she had an album of Icelandic folk tunes for violin and piano and a CD of Jacqueline du Pré playing the Beethoven cello sonatas.

Based on all this listening with my grandmother, I decided when I was small that I really wanted to play the cello. The first piece I remember being moved by that I learned to play on the cello was an Icelandic folksong called Vísur Vatnsenda-Rósu. I just thought it was so beautiful, so sad, so melancholy, yet somehow really strong. I don’t think I was aware of all these feelings about the piece at age nine, but I just felt super drawn to that tune all the same.

And when I was quite tiny as a 90s child, I supposedly loved to dance around to Sade’s Smooth Operator. Still a fan!

What patterns in natural phenomena have been particularly inspiring to you?

I have a piece called Eroding which is based on a glacial river in Iceland called Hvítá. There are all these unusual rock formations in the river, boulders which have appeared as a result of the river carving through the surrounding volcanic rock over thousands of years. I wanted to try and make a piece that would embrace this process – going from a full busy mass, and gradually eroding and removing layers to leave jagged islands of musical material by the end.

These days I’m watching a lot of YouTube videos of glacial calving in anticipation for a new piece I’ll be writing in 2020. Glacial calving is when a large piece of a glacier falls away from the main structure into the ocean, creating an iceberg. It is a slow build of pressure changes due to melting ice that causes this rupture. I am curious how these physically intense events can be translated into musical experiences.

What would you love to compose music for?

I would really love to write a piece for a ton of brass instruments, like maybe 50 horns and 50 trombones? Plus 10 tubas maybe? Something like that would be so fun. Such a rich and intense sound. There’s definitely a list of dream collaborators in the back of my brain … the TSO is on there, so it’s a thrill to get to work with them on this project.

Another totally impractical project that I dream of doing is writing the sounds for Las Vegas slot machines. I’ve only ever been to the airport in Vegas, but even the terminal is filled with the bubbling and twinkling chimes of the slot machines. I think it would be so fun and surreal to get to mess around with those sounds.

What is your process to create a piece of music?

When I start a new project, I like to have some kind of feeling for the idea I’m going to be working with — be it a musical direction or inspiration, such as a folk song or a weird chord, or something non-musical, like a poem or a piece of art, or some kind of quirk of science that’s on my mind. Then I try to think in really broad scopes about the piece: what I want the vibe to be like, how I want it to develop, what techniques the players will use, etc. Sometimes I draw sketches of the timeline and the shapes and the structures in the music. Over time the music or the directions get more and more narrow and specific. Usually the last part is putting in the musical notes and rhythms and dynamics. I also love to bring in draft and sketches to the musicians I’m collaborating with and get feedback from them while the piece is still being developed.

What do you hope to bring to Explore the Score?

I’m hoping to bring my curiosity and wide-open ears to the experience. I’m really stoked to hear the orchestra in action and am super excited to get to hear the pieces by my colleagues! I want to bring a lot of focused attention to the experience, because getting the chance to work with an orchestra is a rare opportunity and I know the day will go by really quickly. I’m just thrilled to be participating and so excited to get feedback from members of the orchestra and from Emilie LeBel and Gary Kulesha.

What is a fun, little known fact about you?

Get your tickets to Explore the Score.