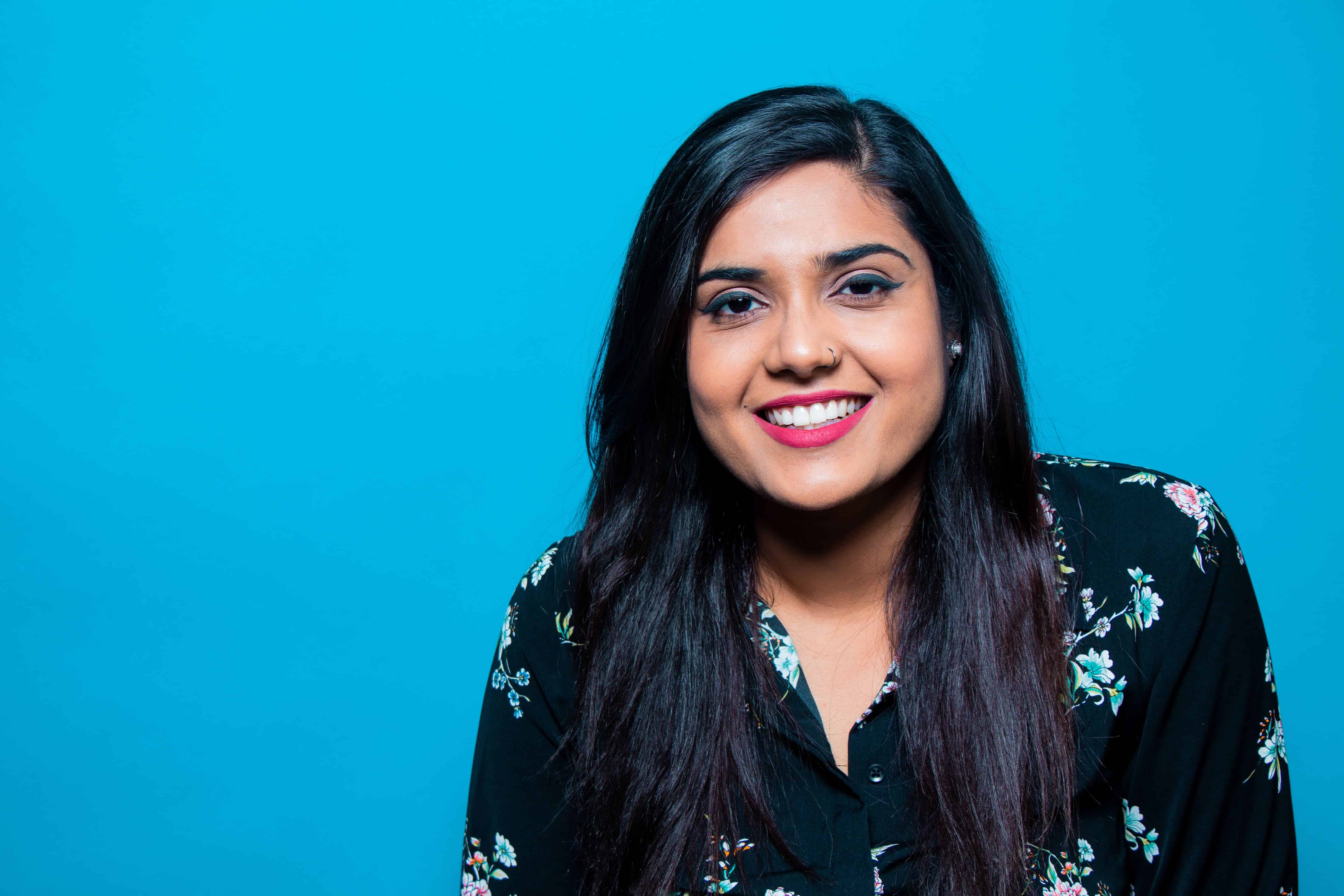 For many, the thought of losing a parent seems unfathomable, yet it’s something most of us will face eventually.

Shohana Sharmin is the creator of Dead Parents Society, a new sketch comedy revue written and performed by comedians who have each lost a parent at a young age, including Anne McMaster, Carolyne Das, Jacqueline Twomey and King Chiu. It aims to take some of the taboo out of grief, and make us realize that we are not alone in it, and that if we look, we can even find light and laughter in the aftermath of tragedy.

We asked Sharmin about the revue this week. 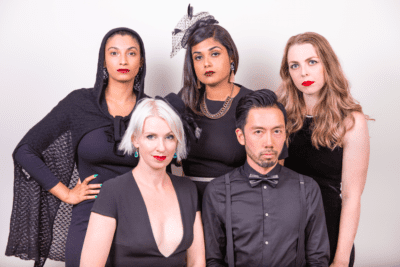 SDTC: How old were you when your mom died? What were the circumstances around her death?

SS: My mom passed away on March 11, 2017. I was 27 years old at the time. She had been battling lung cancer for eight months and slipped into a coma during the last week of her life. For seven days, my brother and I watched as she drifted in and out of consciousness, becoming more and more like a child again. That week, I fed her, changed her dirty diapers, sat next to her on the hospital bed stroking the few soft hairs on her head while mumbling prayers. In the end, she passed in her sleep surrounded by her family.

How did you get to a place where you could write about it?

After my mother passed away, my therapist told me to write down everything I was thinking and feeling to help understand my own grief. But the thought of taking my painfully vivid memories of my mother—of how she looked and how she talked and how her skin smelled and how she took up space in my world—trying to capture all of that on a flat, white piece of paper seemed impossible. When I did try to write, especially on important milestones like her birthday or my parents’ wedding anniversary, what poured out was just pain from a festering wound. This did not make for good comedy. It took about a year before I even attempted to write something funny about my grief.

What was the first funny idea that came to mind in this?

The first time I remember having a funny feeling about grief was a few days after my mom passed. My sister-in-law and I went to the mall to pick up a few things for our trip to Bangladesh, where we would bury my mother’s body. The experience of being bombarded by club music at H&M 72 hours after seeing my mom take her last breath was surreal. At one point, I walked by a store where a woman was trying to get her out-of-control son to stop running around. I stared at the little boy and suddenly felt a surge of anger. Every muscle in my body wanted to pick him up and shake him and yell, “How dare you, you selfish little monster! Why do you get to keep your mom but mine has to die?!” After a few seconds, I realized I was shooting daggers at a kid because I was jealous he had a mom. In that moment, I couldn’t help but laugh. Grief makes us crazy in ways you can’t imagine, and to me those are the best (and often funniest) moments.

How has humour helped you in your grief?

Humour is connection. There’s a reason every clichéd dating profile lists “sense of humour” as one of the top qualities in a partner. When you laugh at something together, you are in a Venn diagram with that person sharing that moment, and if only for a moment all is right in the world. That’s #RelationshipGoals! Comedians are narcissists, because we want an entire audience on the other side of that Venn diagram, which is probably why 99.99% of us are single.

Growing up, I was an extreme introvert. I was awkward and shy and nerdy as hell and very lonely. The only way I found of breaking that isolation was through self-deprecating humour. Every time I made someone laugh at my “loser” existence, I felt a little bit less like a loser because for a moment, I was sharing my Venn diagram with someone. Humour allowed me to connect with people.

How have you seen humour help others?

Grief is the loneliest feeling in the world. It is devastating and isolating beyond words, because you can’t explain the pain to those who have never felt it. Grief makes you feel like an alien who can never connect with another human being ever again, except… for the other hidden aliens in the room like you. In the aftermath of my mother’s death, I found my fellow aliens: other comedians who have also experienced loss. It was love at first cry, and it is the connection I found with these people that kept me going.

That year, every time I went to see a comedy show, King Chiu held my hand when mothers were mentioned on stage. Anne McMaster poured unlimited glasses of rosé and welcomed me into what she called the “Shit Club” (alternate title for Dead Parents Society). Jackie Twomey and I spent nearly two hours standing in a corner at a party swapping “parent ravaged by cancer” stories. On a road trip to Montreal, Carolyne Das and I joked about starting an improv troupe consisting only of people who have dead parents. That idea stuck in my brain and a year later, here we are. Our attempt to make you laugh at the awkwardness of navigating grief is our attempt at sharing our dark and funny Venn diagram with you. Come connect with us.

What’s your favourite bit from the revue?

This is an impossible question because every scene is my favourite scene! Every single cast member is incredible, and our brilliant director Kirsten Rasmussen breathes life into our ideas in a way that is unlike any other. From Carolyne Das singing about zombie dads to Anne McMaster’s sexy Grief Monster (a la Big Mouth), to King Chiu’s Bird Brother and Jackie Twomey’s very non-traditional Eulogy, all of it melts my heart and makes me laugh like a little gremlin. I can’t pick one!

I hope that audiences watching the show can see themselves on stage. Whether you have a deceased parent or an absent parent or just plain boring, loving, alive parents (lucky you), or you know someone who has lost a loved one, I hope you can recognize that although Dead Parents Society is our story, it’s your story too. Grief connects us to the most basic truth about our common humanity: everyone you know has lost a loved one at some point in their lifetime. So why don’t we talk about death outside of hospitals or funerals or therapy? Why have we marked these designated spaces to unpack our grief in hushed tones? More importantly, what do we do with a person who cannot contain their grief to these designated spaces, who walks around looking and feeling like a wet Band-Aid?

Throughout my grieving process, I’ve been pleasantly surprised by the peculiar ways in which we as a society deal with death and dying. When I asked my fellow cast mates, they all said the same thing: no one knows what the hell to say to a sad person. If I had a dime for every time someone told me, “Time heals all wounds,” I’d be on a yacht right now. They say tragedy plus time equals comedy. Our experience of navigating grief in a society that teaches us to put our sadness away into tiny little drawers taught us that the aftermath of tragedy is comedy.

Dead Parents Society is not an attempt to make light of death. Our goal is to honour and find humour in all parts of human mortality, the parts that we’re comfortable with and the parts that we can learn to get better at. I hope that our audiences walk away feeling a little less awkward about dealing with grief.

What I’ve learned through the process of this show is that I am a big baby (and that’s okay). After my mom died, I dove into my grief headfirst and lived like nothing in the world mattered except my sadness. In retrospect, I realize that while I was in a daze crying my heart out, my brother was figuring out the paperwork for death—an enormous responsibility that didn’t even cross my mind at the time.

Two years later, at a rehearsal for this show, Kirsten asked how we took my mother’s body back to Bangladesh for burial, and I knew next to nothing about the process. My brother got on a plane and did what needed to be done to take her across the ocean. I can’t imagine what those 24-hours of travel must have felt like, and I can never give him enough credit for it.

I’ve learned through this show that in spite of it all, I am actually one of the lucky ones. I got to stand next to my mom when she took her last breath. I was held tightly by my best friends at the funeral. I had a sister-in-law who was ready to listen to my one hundredth “mom used to” anecdote of the day. In the end, I’ve learned to be thankful for everyone who babied this big baby through it all.

What do you want us to know about your mother?

I want you to know that Hasina Sultana Bulu was the first woman in her hometown of Narayanganj to leave home and move to the city for university. This may not seem like a big deal in Canada in 2019, but in 1970s Bangladesh, this was unheard of for a young, single woman. She was a passionate advocate for women’s education and their right to work, and a fearless defender of right vs. wrong, no matter how difficult the consequences. She always spoke her mind, which both delighted and terrified everyone who knew her. Her taste in sarees was impeccable. She hate-watched cooking shows. Her love language was acts of service, and every single person who met her felt her love through her food. She always kept school photos from grade 1 of both her children in her wallet, even when we grew into our twenties and thirties. And she made hands down the best mashkolai’r daal (black lentil soup) in the whole wide world.