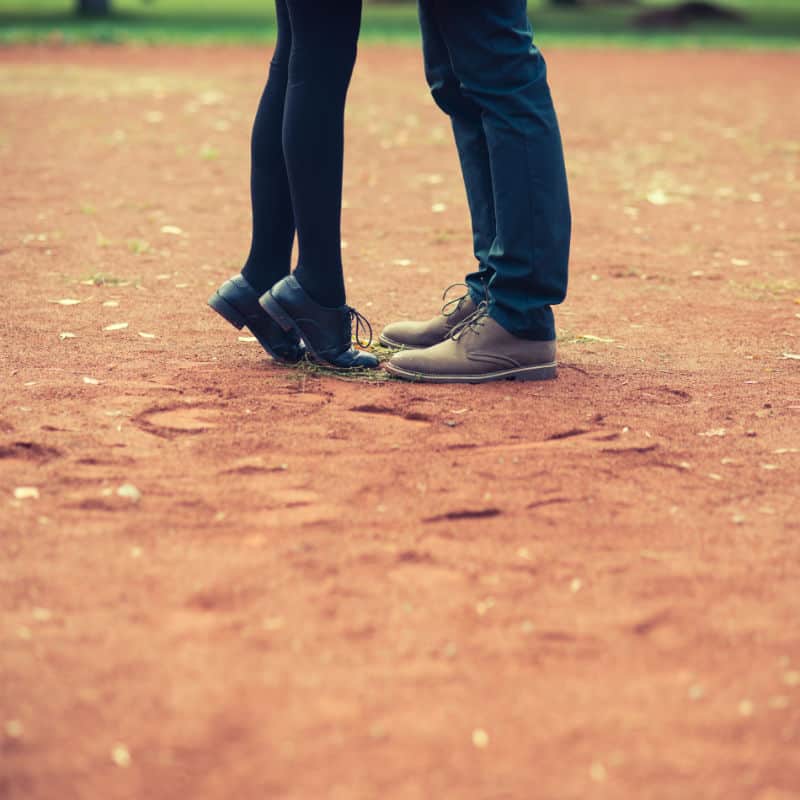 "Remember that talking to new people is a perfectly normal thing to do.”
Sex & Relationships

How I Learned to Flirt

A couple of weeks ago, I was called a “terrible flirt.”

The comment/insult wasn’t exactly news to me. I had known for a while that, like learning how to download torrents or slicing anything Julienne-style, the act of flirting always eluded me.

My idea of flirting was having to bat my eyelashes or performing the “bend and snap” a la Elle Woods and tons of giggling and…oh, god, I am already rolling my eyes just thinking about it.

I was OK with not flirting. I dated men. People enjoyed my company. I’ve been called charming once or twice before. I was doing all right. Right?

“You’re better than you think you are,” said my college best friend.

“I think you just don’t know when you’re flirting,” said the current guy who knows me in the Biblical sense.

Another of my friends concurred: “You like to joke around and have fun, and some guys assume that you’re flirting with them.” (The number of awkward OMG-I-don’t-like-you-like-that-what-gave-you-that-impression moments in my life definitely attested to that.)

That’s how I felt about my flirting problem. It was something I needed to pop.

So I contacted Toronto’s Good For Her, which runs a Flirting 101 workshop, and reached out to the workshop’s instructor, Lorraine, in hopes of learning how to finally get my flirt on.

First thing was first: what the hell is flirting anyway?

“Flirting is a type of social interaction that we use to get to know people, test the waters, break down defenses and, above all, make people feel good,” Lorraine told me. “Think of flirting as a dance, what you do next is based on what the other person has given you to work with. Great flirting requires you to listen, observe and become familiar with non-verbal cues.”

Basically, when I’m enjoying someone’s company and we’re getting to know each other and it’s fun and flow-y, then, we’re…flirting.?! My mind was blown. I do this A LOT! This happens TO ME!

I began to think that maybe I wasn’t so bad at this flirting thing after all. That maybe this was something I had always done, but just didn’t know it was called “flirting”.

I had a pretty major social event coming up, so I wanted to test out my flirting skills. I asked Lorraine for some techniques that she uses in her workshop. She suggested the basics: eye contact, a smile, a good opening line, utilizing the common environment, using humour, being aware of body language, flattery, and, “above all remember that talking to new people is a perfectly normal thing to do.” The last point really stood out to me. While waiting in line at the grocery store, I usually think that I might want to chat with the person behind me and comment on the latest Soap Opera Digest cover, but then assume “oh, he’ll think I’m weird or chatty or…or…” Eff that! It’s normal, people!

Armed with these surefire flirty techniques, I was all like “I got this” and arrived at my social function with a new sense of confidence. I smiled at strangers. OK, maybe a bit forcefully at first, but I had to start somewhere. Some smiled back, others ignored me. Their loss! Then I started to make eye contact with people. I tried to do it in a non stare-y, creepy way, opting to make Tyra Banks proud and “smile with my eyes” but I stopped blinking at some point, so I decided it was probably a good time to have a glass of wine.

Then, it happened. Halfway through my evening, I was introduced to a guy – let’s call him Sam – through a mutual friend. We began chatting about movies and TV, and the next thing I knew, I was smiling easily, joking about how ugly and wooden the venue we were in was, lightly touching his arm and complimenting him on his tie…I was full-on flirting! And you know what? It wasn’t eye-rolling awful. It was actually fun. And guess what? It’s what I’ve always done anyway. I was just more aware of it this time around.

Lorraine said that flirting is “the spark that keeps a relationship feeling exciting and fresh as it continues to progress.  We should never stop trying to make our partners, laugh, feel special and anticipate what’s next,” which is really how I’d like to lead my life in general, including all of its interactions, romantic and otherwise.

Do I think I’m a terrible flirt?

No. That guy was just an asshole.

"Remember that talking to new people is a perfectly normal thing to do.”