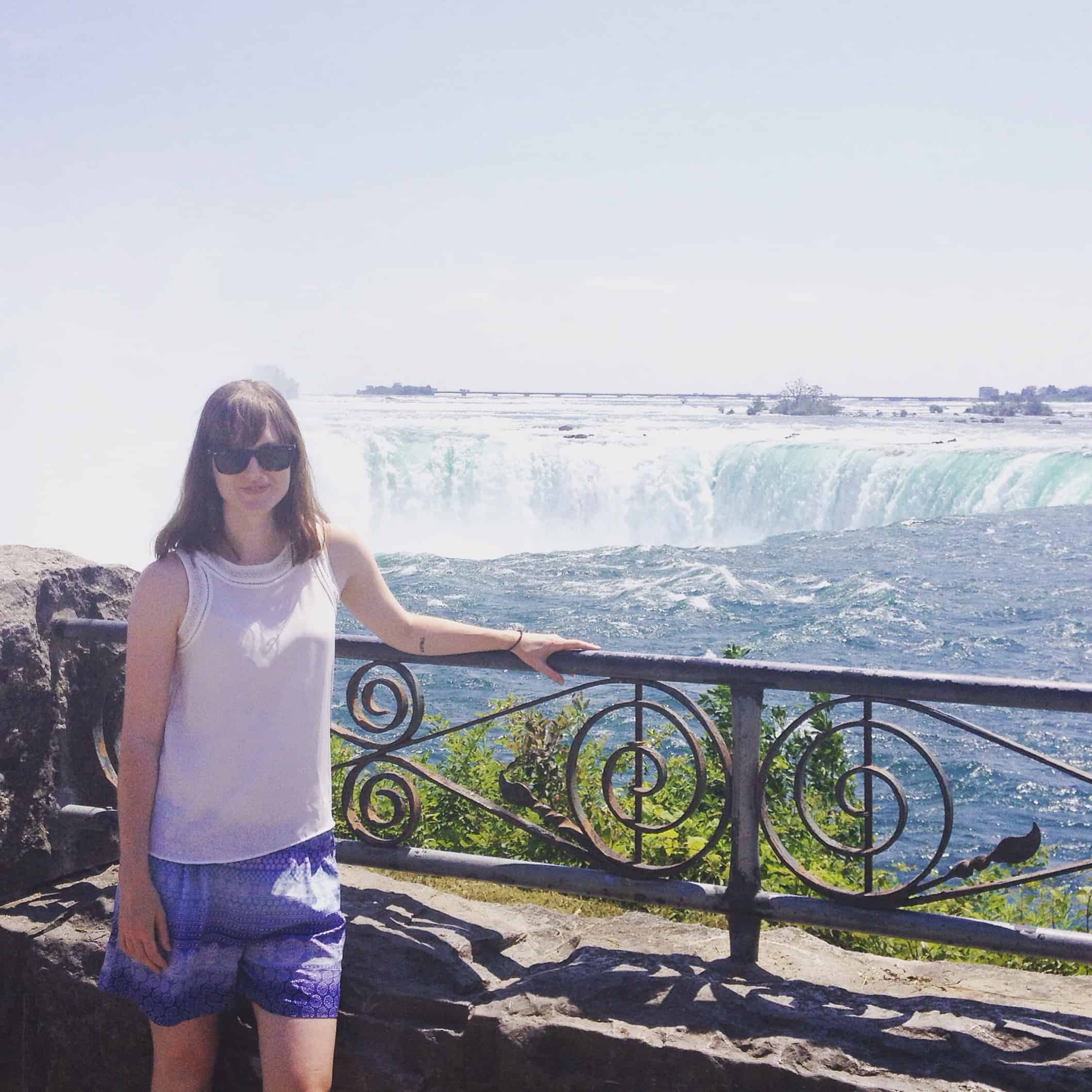 How I Spent A Day In Niagara

Taylor Swift’s “Welcome to New York” may have been blasting from the speakers in my tour guide’s SUV, but it might as well have been “Welcome to Niagara Falls.”

This week, I had the pleasure of being a guest of the Niagara Parks Commission to take a tour of the area surrounding one of the Natural Wonders of the World.

Like many people who grew up around the GTA, Niagara Falls is super nostalgic for me. I have fleeting, yet vivid memories of going behind the majestic Falls in a smelly raincoat as a child as well as nervously clutching the side of the Maid of the Mist as she bounded towards the roaring water. Other than a spontaneous weekend spent playing mini-golf and visiting fun houses in downtown Niagara a few summers ago in an attempt to recapture my youth (I had just turned 30), it had been a couple of decades since I visited the Niagara region. Now that I was older and a little wiser, I informed Chelsey – the Commission’s Travel Media Relations coordinator (and my awesome tour guide for the day) – that I wanted to experience some of the region’s history while also doing some of the “fun” stuff that I remembered as a kid. So, naturally, our first stop on the day-long agenda was Old Fort Erie. 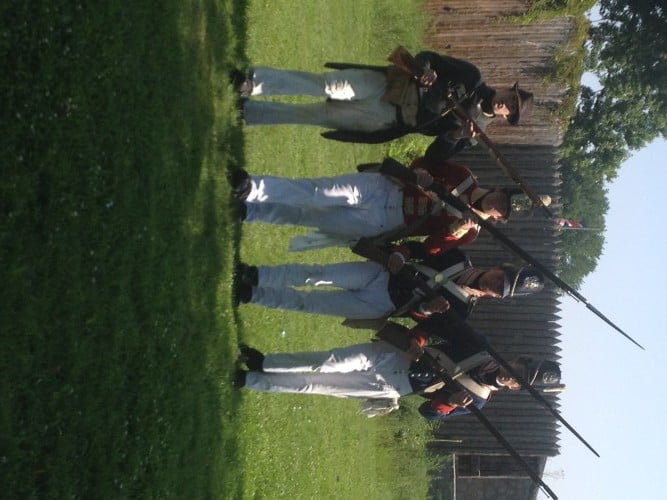 Fort Erie is basically paradise for history buffs. For those who forget their high school history class, Fort Erie was Canada’s bloodiest battlefield when it was taken under siege during the War of 1812. 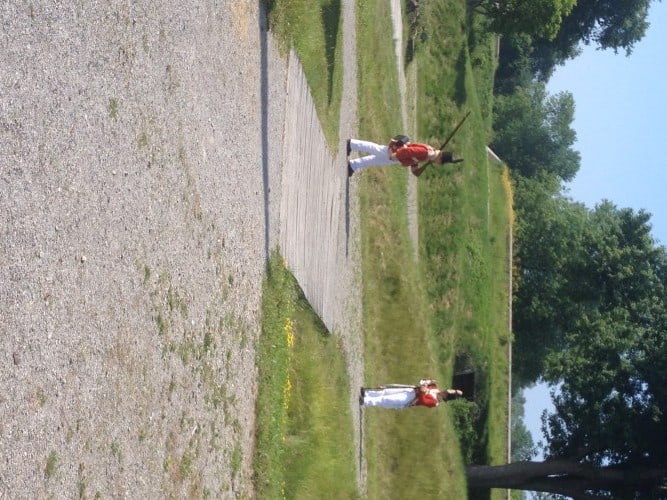 Once we arrived for our tour, we were introduced to our militia-adorned guide, a walking Wikipedia of the era, who never ceased to amaze us with his knowledge. We were then treated to a musket demonstration (I’m always a sucker for a man in uniform) before touring the grounds and barracks of the massive fort, which was actually replicated in the early 1900s because the Americans blew up the original. As we learned about the fort’s rations of food, which allowed no room for gluten-free vegetarians like yours truly, and toured the itty bitty rooms (including a “marriage suite” that was just a bed covered by a sheet), I felt incredibly #blessed to live in this century’s Canada. We ended the tour with a short film based on the history of the fort that was narrated by Victor Garber, who always makes terrible things sound more soothing than they actually are (“I’m sorry I didn’t build you a stronger ship, young Rose”).

Our next stop was Journey Behind The Falls, which is actually a short elevator ride down 45 metres through bedrock that takes you behind the massive Horseshoe Falls. The smelly raincoats that I remember from the 80s are now replaced with glorified garbage bags, but they get the job done because you definitely will get wet. However, on such a sticky humid day, the refreshing mist from the massive sheet of water was more than welcomed. 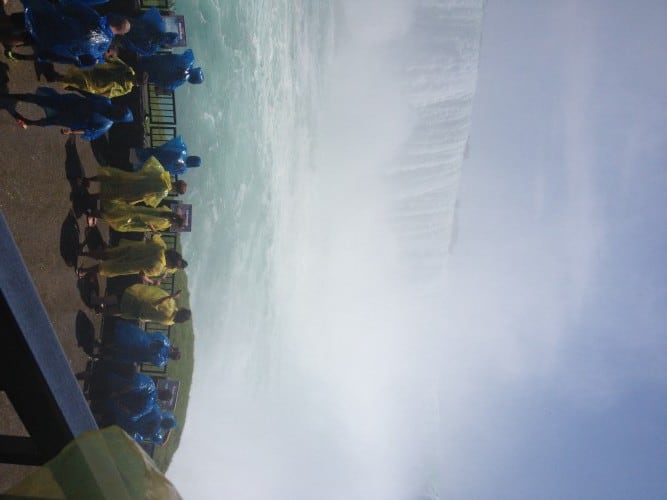 The views from both the Upper and Lower Observation Decks of the Falls – both the Canadian and American – as well as the Rainbow Bridge in the distance, are absolutely stunning. But if you’re claustrophobic, beware: the tunnels leading to the portals are pretty tiny and low. Oh, yeah – there’s no cell phone service either. 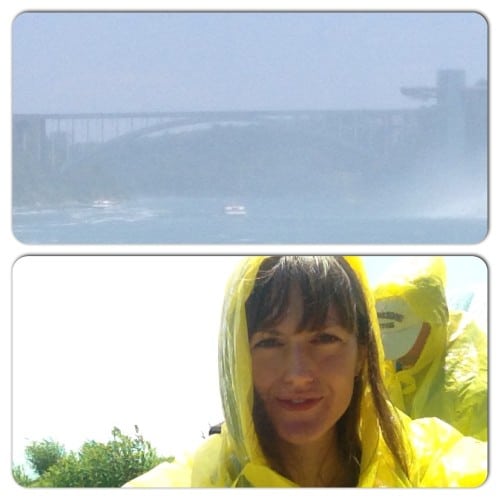 Our stomachs were growling at this point, so we took our lunch break at the Queenston Heights Restaurant. I chose this restaurant because I vaguely remembered something from my Grade 12 history class about Queenston Heights, and I was committed to learning more about the region than just rendering it as The Honeymoon Capital of the World (although it is that, too). As it turns out, The Battle of Queenston Heights was the first major battle in the War of 1812 (we won that round, by the way). Cool. Back to the food.

What I loved about the restaurant was that not only did it have a delicious vegan option, but it also had breathtaking views of the Niagara River that can be enjoyed all year round. And as a wine enthusiast, their menu of VQA wines sounded pretty darn enjoyable too. 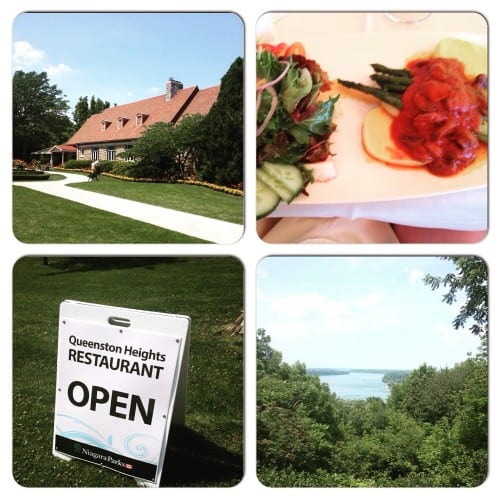 Once we had our stamina back, we ventured to our last attraction of the day: the Whirlpool Aero Car. Even though this cable car has been around since 1916, I had never heard of it before, which was the reason why I chose to experience it – despite the fact that I am borderline Vertigo when it comes to heights. But I figured that since it’s been around for a century, we were in pretty good hands. The car offers a unique view of the Niagara Whirlpool as it moves high above the Great Gorge between two different points of the Niagara River (with the shores of the U.S. in between). Though I found the ride to be thankfully tame, my friend and I agreed that it’s a Tom Cruise daredevil stunt waiting to happen. (Tom Cruise gripping the cables in the 20th installment of Mission Impossible? It could happen.) 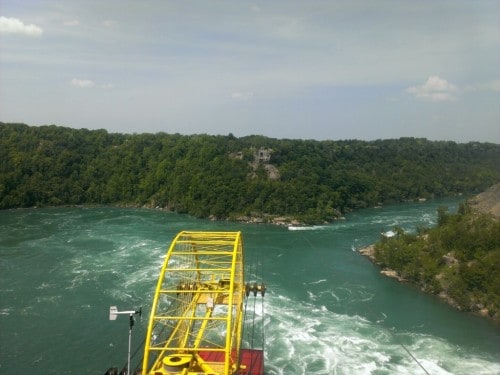 Our day at Niagara was over, and as I eased my way back into the throes of heavy traffic (call me a bellyacher, but those HOV lanes can suck it), I thought: that was definitely not a bad way to spend the Monday Blues.