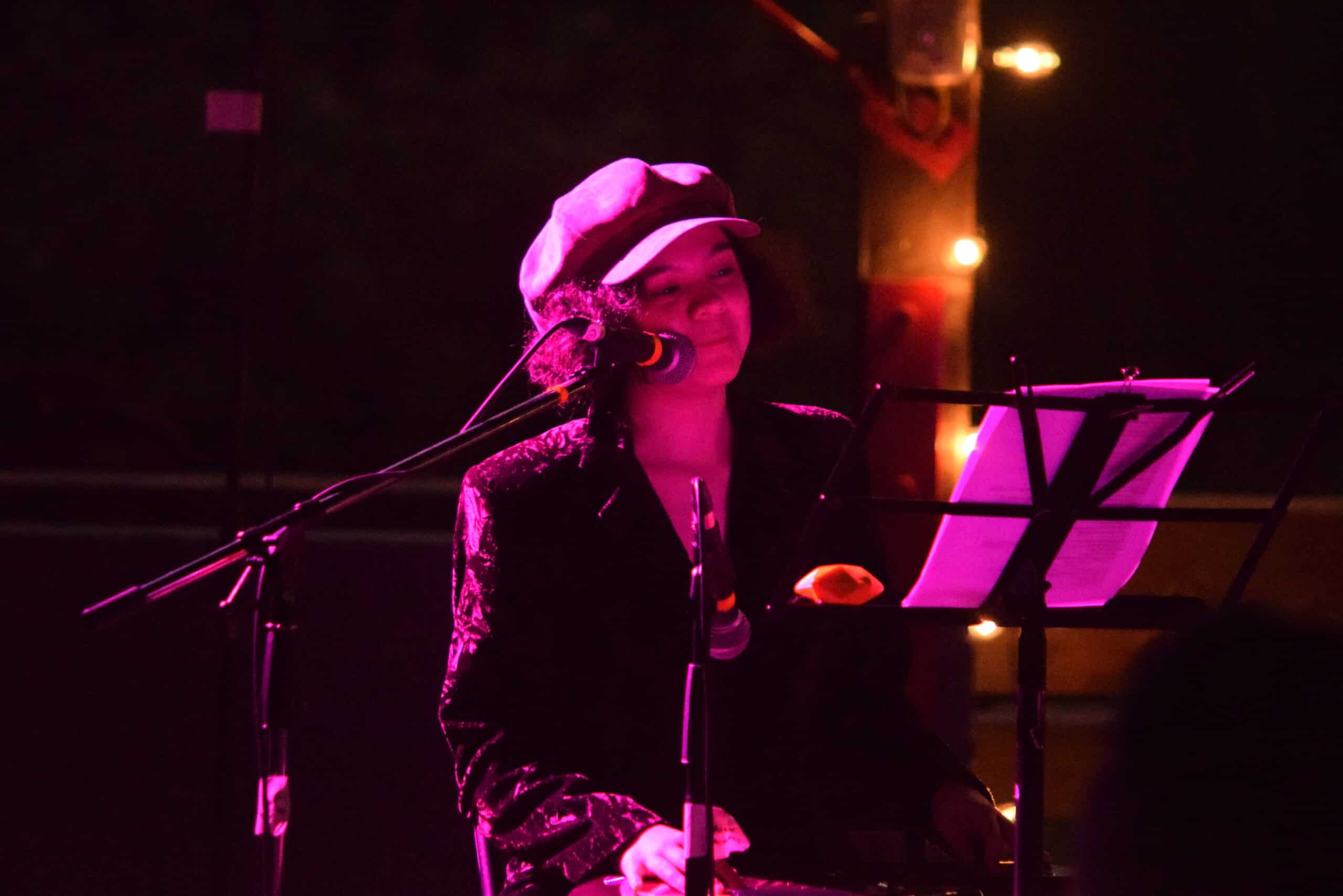 "We introduced ourselves with our pronouns every week, and more than once, people would change their pronouns between meetings. Often, they simply wanted to try something new. It blew my mind."
Life Stories

"We introduced ourselves with our pronouns every week, and more than once, people would change their pronouns between meetings. Often, they simply wanted to try something new. It blew my mind."

I figured out I was queer at a young age: I was out to my family by 14, and to everyone else by 17. For as long as I can remember, I had some discomfort with being a woman. It was the gender I’d been assigned at birth, and a role I played quite well (for the most part). But it didn’t take long for cracks to show.

I always struggled with the invisible, heavily bordered categories everyone else saw as obvious: “girl” and “boy.” In youth, I mimicked boys as often–if not more often–than I mimicked girls. Sometimes, I’d pretend to be a boy online, just to see what it was like. I even tried it in real life, once, albeit with less success.

Much of this discomfort was, of course, caused by the pressure of living in a heterosexual world. Part of why my younger self fell into that genderless space was to avoid being desired by men. Sure, I’d tease at it sometimes, but the second it became more than a joke, and a man actually wanted to date me, my bravado faltered and I bolted.

I don’t think it’s a coincidence that I started playing up my femininity after coming out of the closet. All of a sudden, skirts and bows weren’t that bad. After all, if they made women look my way, I was doing something right.

Except something still felt wrong. I knew I wasn’t a boy, but being a girl, even a queer one, felt uncomfortable.

I bristled at my fairly feminine birth name. The idea of wearing makeup made me sick, and even putting on simple lipstick or eyeliner distorted who I saw in the mirror, made me feel alien to myself. I cut off most of my hair at 18, and I never stopped, because every time it got long again, I wanted to tear it out with my bare hands.

All this, and I still thought I was cis!

Looking back, the first step to me accepting myself came when I was accepted into a mentorship at a theatre in Vancouver. It was for queer poets and playwrights. I’d been writing poetry since high school, and applied on a whim. I’d never expected to get in, and when I did, I was overjoyed!

I also never expected my closet key to be in a little meeting room in a theatre, but life is funny like that.

For starters, our primary mentor was an out, proud, Two-Spirit non-binary poet and musician who sculpted stanzas with ease and took us all under their wing. It was maybe the first time I’d gotten to know a non-binary person who didn’t fit into the stereotypical mould. Before, most non-binary people I knew were dainty, ambiguously transmasculine types who turned their noses up at skirts. The other mentees, too, broke that preconceived notion. I had the privilege of meeting non-binary people of every shape, skin tone, and style.

We also introduced ourselves with our pronouns every week, and more than once, people would change their pronouns between our meetings. Often, they simply wanted to try something new. It blew my mind–I hadn’t known you were allowed to do that, just “trying on” pronouns. I remember introducing myself with she/they pronouns for the first time and feeling strangely relieved.

This was one of the factors to my self-discovery: a space that let me see what being non-binary could be, what it could mean.

The second factor was that I had the chance to personally explore my identity myself. This mentorship gave me the tools — we practiced freewriting on the regular, about our identities and our queerness, in ways that’d never occurred to me in the past. I was asked about who I wanted to be, and how I wanted to be seen, and that act of being asked blew something open. The first time I wrote about my idealized self, they used they/them pronouns.

Needless to say, I came out shortly after the mentorship ended–to no one’s surprise. In fact, many of my friends had thought I was out already. They’d clocked me before I ever could!

Of course, my gender journey didn’t end there. The art scene brought me more trans events, and I became better at allowing myself to enter them.

At Vancouver Pride, for example, I played Beyond the Binary, a show with a non-binary setlist. The two co-performers I spoke to were much more seasoned to the stage than me, and much more seasoned in their identities. I looked at them with a sort of awe — not only as musicians, but as gender idols. At the Vancouver Fringe Festival, I did music for a variety show of women and non-binary performers. Again, I was starstruck by the spectrum of gender presentation.

But there’s one event that I think was especially integral to my identity. It was attending Cyborg Transcension when I finally became comfortable in my non-binary skin.

For context: Cyborg Transcension was an event celebrating the soft launch of The Haven, which heralds itself as “Vancouver’s first trans art gallery.” It’s the brainchild of a number of creatives in the local scene, and was founded by Angelic Goldsky, a poet, musician, activist, and someone I’m honoured to call a friend.

The event was held at the Dr. Sun-Yat Sen Gardens, an already gorgeous venue which was given even more life with lights, projection art, mannequins, and a whole lot of pride flags. There were musicians, spoken word performers, and drag artists. Everywhere you went, laughter filled the air, and everyone was unabashedly themselves.

And for the first time, I felt like I belonged somewhere. I was surrounded by people who not only respected my identity, but deeply understood it. Friends and strangers alike, singing about a space we’d make for people like us.

Additionally, the cyborg theme was a nice touch. We looked like aliens from a utopian future, all skintight mesh and shining accessories. I ran into more than a few folks with battery-powered lights strung about themselves and shiny, out-of-this-world facepaint.

I don’t believe my gender journey is over. I’m still young, after all, and there’s no telling what revelations are around the bend.

But at the very least, I know what home looks like today.

Alex Masse, AKA Fairything, is a 21-year-old writer and musician residing in what is colonially known as Surrey, BC. The arts are a longtime love of theirs, and they’re a neurodivergent non-binary lesbian, which greatly affects their process. When not writing, they’re making music, and when not making music, they’re writing. Occasionally though, they can be seen pressing flowers or cozied up with a good book. Follow Alex on Instagram.

Will I ever “outgrow” my stutter? A reflection on self-identification and the myth of recovery