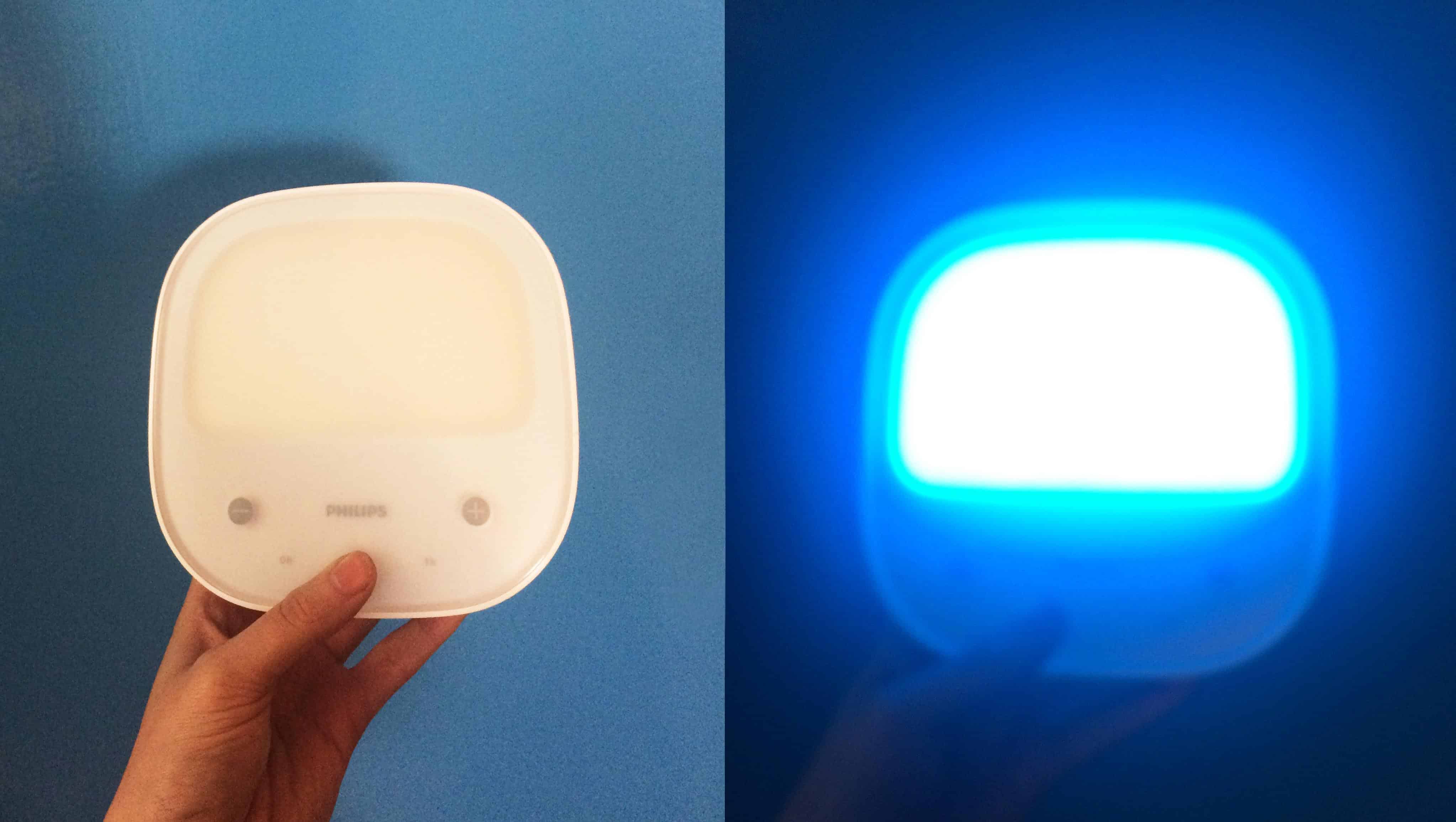 How the Philips goLITE BLU helped my Winter Blues

I’ve never liked the winter. The cold and snow don’t bother me much, but the loss of daylight puts a damper on my productivity and mood, and has for as long as I can remember. I imagine that, like many of our readers, I fit somewhere in the Seasonal Affective Disorder spectrum; I can still function, but it takes a lot of effort to get out of bed, I get tired often, and I feel sad for no real reason.

January and February are usually the toughest, and I start dreading them as soon as November rolls around. In the past, I have tried yoga classes, eating cleaner and even hitting the tanning beds, but I’ve never noticed any significant changes. They don’t call them the winter blues for nothin’.

I had just about made my peace with feeling lousy for the next two months when I received an email from our friends at Philips asking if I’d like to try out the Philips goLITE BLU. I jumped at the chance.

When it arrived, I was pleasantly surprised. It’s light, portable and easy to set up and charge. At first, I found the light really intense and blue, but I got used to it after a few days; I barely even notice when it’s on now. The goLITE BLU also has touch controls that allow you to adjust the light intensity, keeping it safe and easy on the eyes.

It suggests that as little as 20-30 minutes a day will improve energy and mood as long as light is directed towards the eyes, so I usually turn it on when I’m watching TV. Blue is considered to be the most energizing colour of light, so it makes sense that the goLITE BLU aims to mimic the type of daylight that occurs naturally on clear, sunny days.

It’s supposed to start working after a week or two, but to me, something felt different almost immediately. I slept like a baby that first night, and haven’t had much trouble since.

These things are always a little tricky to prove conclusively, and tbh, I’m borderline-afraid to jinx myself, but it’s now the first week of February and I’m doing great and hustlin’ hard. I don’t remember ever feeling this ‘normal’ in January in my entire adult life. Who would have thought that staring at a blue light for half an hour a day could change your life?

While Philips has a range of goLITE BLUs available, the model I tested has a suggested retail of $199.99 and can be found at Costco.ca, Personal Edge, Centre du Rasoir, Bed, Bath & Beyond and London Drugs.