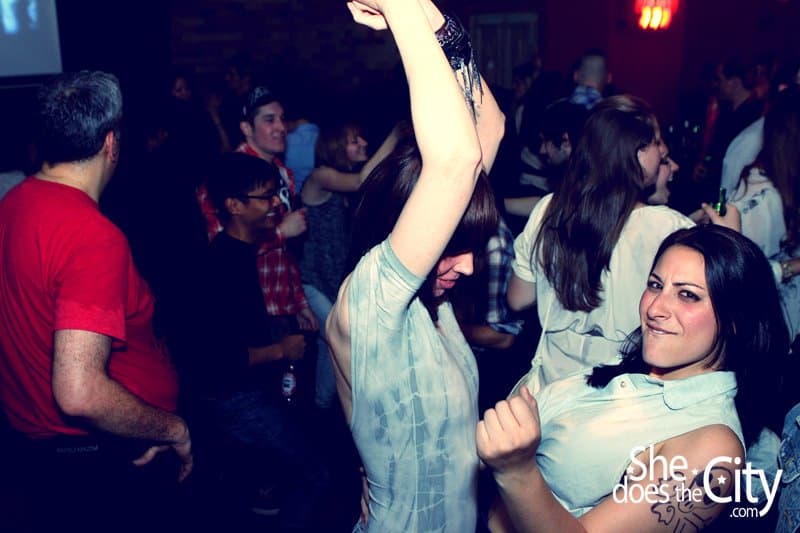 How To be a Good Wingwoman

Here are a few tips to be the best wingwoman your bestie could ask for.

When the cluster of cuties in the corner make bedroom eyes at your posse, you can be the one to go for it without fear or hesitation. The stakes are shallow for wingwomen — we could care less about playing it cool or rejection because the night isn’t really about us, is it? Sans the desire to hook up, a wingwoman is free to boldly sidle up to attractive suitors and make the first move.

This applies not only to would-be partners but your friend as well. Give her a pep talk to boost her confidence. She’s a total catch, you both know that already, but now it’s time for the pastures of eligible bachelors and bachelorettes to see how bright of a gem she is. Throw out compliments casually and not so casually, and laugh heartily whenever she cracks a joke — the prospective love lemmings will see her in that glowing light you’ve projected. Think of yourself as the stage supporting her grand one-woman show.

A girlfriend and then-roommate of mine had developed a crush on a mutual co-worker of ours — let’s call him P. P, we later ascertained, wasn’t lusting after her, but me. It was a surprise to both of us — she and I, like good gal pals, had dissected his texts and emails and deemed him an unequivocal flirt. (Spoiler alert: dude was a dud.) After that, our friendship cooled and was made all the more frosty when I decided to go out with him. My relationship with P totalled two-and-a-half dates — but my years-long relationship with my friend never quite recovered, and she moved out shortly after. The issue with my roomie was more fraught than all that, but our little love triangle was a high-water mark. I had broken up with two people but was only sad about losing her. Repeat ad nauseam: HOES BEFORE BROS.

A good wingwoman knows when her job is done, but don’t abandon your friend with any unsavoury fellows. Come up with a secret code to signal a red flag or a shiny lure. And never doubt the reconnaissance a bathroom debrief will yield. As a wingwoman, you’re best positioned to initiate a quick getaway since you never really had an immediate stake in the romance to begin with. A simple “peace out” should suffice, leaving your friend virtually unscathed as she escapes out back through the kitchen.

The opposite applies too: Should your wingwomanee hit it off with someone, you are free to leave them to it when it feels right. You have no social obligation to his pals anymore, so you are free to head home to the couch and Netflix and potato chips (or insert your own post-bar ritual here). The best-case scenario is that you happened to genuinely hit it off with his wingman, and the four of you live happily ever after in double-date bliss.

Always have a fallback plan

No love connection, no problem. Nothing bad can come from a night scoping out hotties and practicing flirts with your girl gang. Part of a wingwoman’s duties is to execute Plan B. Have fun with it and turn it into an after-party of sorts. I recommend stacked nachos and a nightcap.