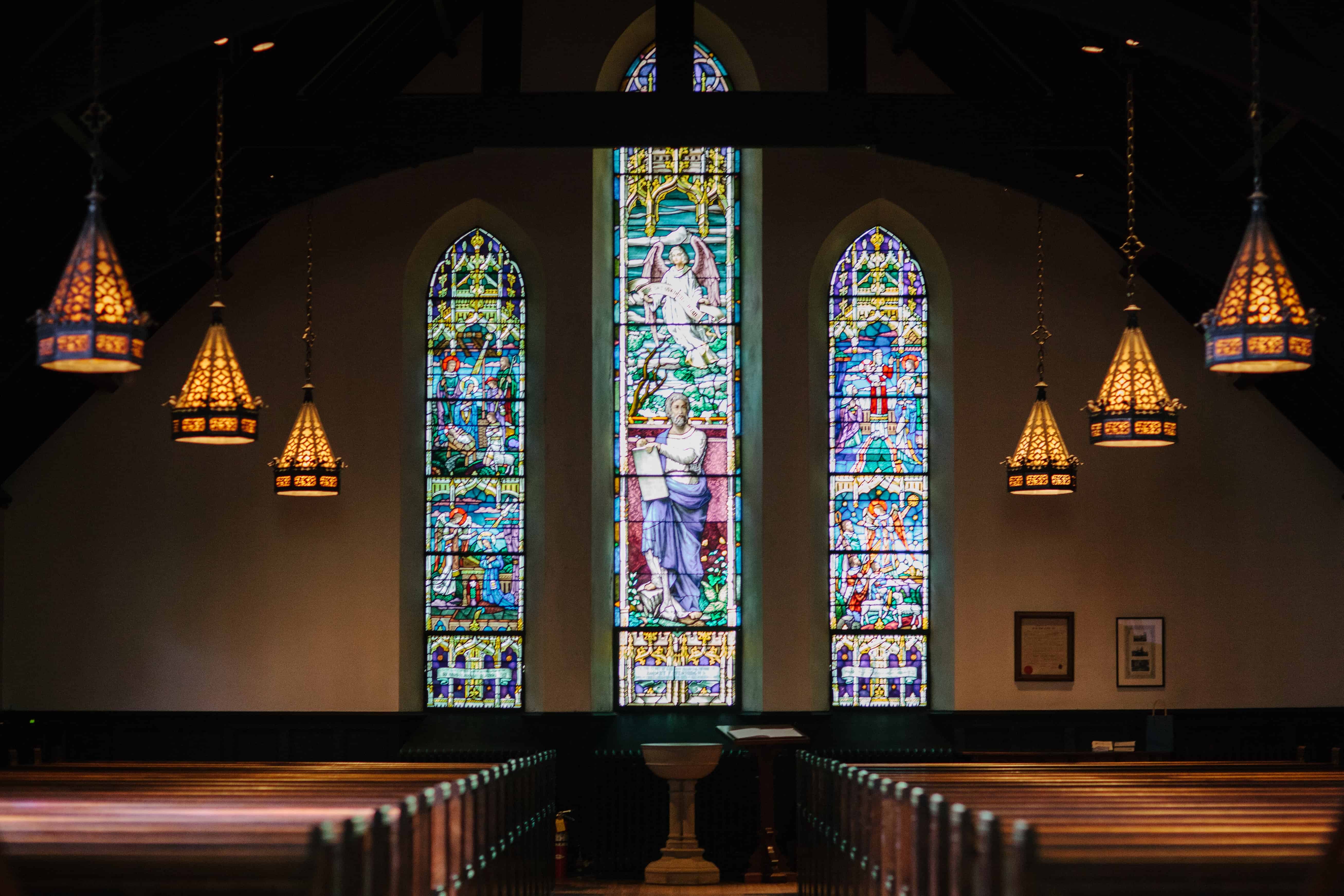 I was raised a Christian. Whether you think that contributed to my Vaginismus or not is up to you, but a conservative view of sex and intimacy was part of that cultural script. Every Sunday was for church and every action was too. My parents weren’t strict, but they didn’t understand what that experience was teaching me. I heard a lot of silence, and when I was trying to form an understanding of sexuality in between silent orders screaming, “Don’t talk about that here,” there was no safe way to find an answer. I learned quickly to hide that part of myself from the church, an internalized shame never to be admitted to the powers that be. This silence breeds fear, and I still carry it to this day. I don’t think that the script I memorized on sex was based solely in the church but in a broader society that left media as the only message about intimacy and sex. Here’s the truth, sex can’t fundamentally change a person in and of the action itself, and yet somehow, I made it to 22 believing that it would. Outside of marriage, sex is wrong, so the action would therefore create irreversible change.

A lot of what we learn in life isn’t testable. It’s an inherent osmosis of expectations that, if left unquestioned, become as much a part of our lives as where we come from. Of course, many of us know that the society we are born into informs so much of who we become. So, you may be able to understand how confused I was when I realized I had antiquated notions of sex and intimacy so ingrained in my subconscious that my body was able to manifest physical symptoms to “protect” me. The sex education system failed me, and I inherited an understanding of sex that was wrong and shamed me into hiding from my sexual self.

I am an analytical person by nature; four years in a Social Justice program taught me to examine and grapple with any new information that gets put in front of me. Nothing is as it appears and to assume so is to be ignorant of the intersectionality of all things. So then how did I willingly believe that sex was shameful? Thinking back to my childhood, there is no single moment that made me scared of sex, no single event that left me scarred. And yet every prod towards modest dress and side comment about my “purity” informed my concept of sex, and nothing taught me differently.

I grew up believing that sex was something to be hidden, interactions better kept in locked cars and away from the church. We often hear sex, shame and church used in the same context, but let’s look at it in a different light. Perhaps the shame that informed my fear of penetration was less explicit and more implicit. When the church makes a point of not speaking about sex, it screams its doctrine from the rooftops. You are meant for babies, not pleasure. I believe that ideology to be intrinsic to my Vaginismus, weather the Christian individuals in my life meant for me to receive that message or not. If I am meant for bearing children, but I don’t want children right now, but sex could actually make me pregnant, then it must be avoided. I realized recently that I don’t fear raising children, but I do fear growing one inside of me. Maybe it’s the physical representation of my “shameful behaviour” that scares me, but certainly it’s the message that outside of marriage, a baby is less of a blessing. Agree or disagree with this blatant message, when we don’t affirm that all children are a gift, we value some lives over others and that is not okay.

So at 22 years old, I’m an adult with a condition that actually effects many women. So, why was I unaware that it even existed? The University of Ottawa’s Human Sexuality Research Laboratory defines Vaginismus as “a protective tensing of the musculature of the vaginal entrance that makes vaginal penetration during sex, with a tampon, and/or during gynecological examinations painful or impossible” (uOttawa). Their research shows that this phenomenon, what I have often called a “fear of my own vagina,” is far more common than researchers expected. And it is, so if you’re reading this article and you too have pain during intercourse, anxiety about attempting intercourse due to pain, or even cringe at the thought of anything inside of you, you’re not alone. There are so many women, so many different stories, so many levels of affliction. This is what silence does: it ingests individuals who are unaware and then suddenly you become silent too. Well, I won’t be silent anymore.

This is a real problem affecting women, but why am I saying that? I don’t believe that women have to have sex. That’s not why we were created, and the pursuit of pleasure is a choice not a punishment. I say that this is a real issue affecting all women because I think it reveals the truth that sex education in Ontario is a half assed attempt at biology and in no way a sufficient explanation of everything to do with sex and intimacy. We are failing our children. I was failed by a system that warned me of pregnancy but gave me very few ways to protect myself from un-consensual encounters. I was failed by a system that still shows the plan B pill as “the last resort” instead of the extra dose of hormones it really is (that was a shocking discovery 6 years after sex ed). I was failed by a system that never introduced the concept of sexuality and the true risks of sexual intercourse. Imagine a world in which we don’t have to run to porn for our first glimpse of sexual expectations, or even one in which there are no unrealistic sexual expectations! Or a school system that would have taught me about the dangers of internalizing unnecessary shame, maybe this could have all been avoided. I grieved the ease of sex I thought I deserved when I found out it wouldn’t be so easy. I just want meaningful and pleasurable sex. Is that too much to ask?

It’s not. It isn’t too much to ask and we must start asking louder.

Since our sex education system is shit, I mean insufficient, let’s talk sex. There are many reasons why you might experience an unconscious tightening of the vaginal muscles. Obviously, shame was a large contributor to my issue, but a traumatic first experience, rape or sexual assault, negative medical experience, etc., can also be causes. Vaginismus is both a physical and psychological disorder. This isn’t an isolated issue that only affects your physical body because, there is usually a reason that the muscles have chosen this protective response. For that reason, I decided it was paramount that I seek out a sex therapist. Yet another uncomfortable experience. What I needed to remember was that sex therapists are professionals who have forgone the “socially acceptable” boundaries of talking about sex. It was blunt, it was detailed, but it was necessary. This being a partly psychological experience, it takes psychological work to fix it. I’m a huge supporter of therapy in general, but if you find talking about sex difficult with your partner or friends, try talking to someone who isn’t going to bring bias into the situation.

Another amazing resource for homemade sex-ed are books on sexuality. If you’re new to this field of literature I would avoid lengthy feminist texts debating the foundation of sexuality and look at more modern, easily digestible works. I am personally a huge fan of F*cked by Corinne Fisher and Krystyna Hutchinson. Created as a written work after their podcast series, Guys we Fucked: The Anti Slut-Shaming Podcast, this book covers it all. And I truly mean it all. They too believe that we did not get the sex education we deserved, and they have built an amazingly honest foundation to share their knowledge. It is stark and bold, but it makes the whole ordeal of sexuality and intimacy seem imperfect and human like it is.

Finally, let’s talk about the scariest part of Vaginismus and recovery. Picture this. I’m sitting in an OBGYN office waiting to talk about an IUD. I can’t get the IUD inserted normally because the speculum can’t be inserted due to the tightening of the vaginal muscles. The doctor is so kind, so patient and extremely understanding, but he knows that the best thing he can do to help me is send me to someone who will make me very uncomfortable. He tells me to make an appointment at a pelvic floor physical therapy clinic. I resist the urge to throw up and begin to hyperventilate. Being told I had to go to vagina physical therapy was enough to kill me, but unfortunately it is the most important step on the road to my recovery. The thought of a stranger, even a trained professional, trying to desensitize the area freaks me out, but that’s the most effective way to train my body to relax and let go. Truthfully, if you develop a physical condition, you go to physical therapy. That makes perfect sense. But this is where North American culture comes in to play again; I’ve spent my whole life being told to keep my private parts private, and it’s hard to go against that notion, even if it’s necessary. What I’m trying to say is that nothing about Vaginismus is glorious or convenient, but the more we talk about it, the more we can help women get the help they need.

My journey understanding that I, as a straight woman, have a sexuality, and of learning that sex isn’t as easy as “when a woman loves a man” is complicated, messy and frustrating. I look forward to a point in my recovery when I can see the lesson in all of this mess, but for now I am just a writer with a dream to one day just have sex. With the right help and knowledge, that dream will come true.

I am calling us to intellectual arms. We need to fight for the freedom of information for the next generation. We need to learn to have uncomfortable conversations and ask hard questions. Let’s start with this one; why are you uncomfortable talking about sex? For me, initially it was because I felt like I would be condemned for admitting that I liked sex. Sshhh don’t tell anyone okay? I did like sex, before my vagina became Fort Knox. It’s harder now but I can still experience pleasure and I try to make that a priority. Here I am talking about my sexual experiences with anyone who is so kind as to open this article. Is it scary? Yes. Is this issue more important than my culturally impressed fear? Hell yes! I’m calling for us to be bold, to be loud, to talk about sex like we have learned to talk about mental health. Be safe about who you share your story with, but don’t be bullied into thinking it’s a secret you have to carry alone. You are not alone, we are all here to hear.