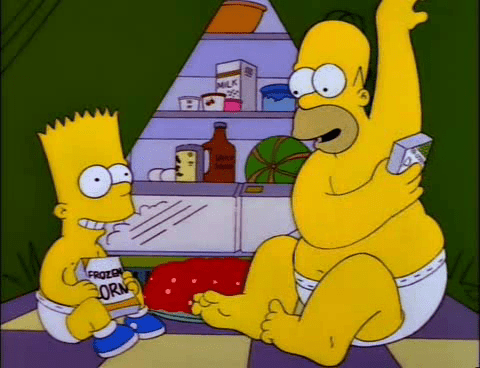 How To Beat This Hellish Heat

Here is a list of things that Toronto is currently hotter than: hell, the special part of hell that they reserve for people who, when giving change, will hand you the bill first and then just toss the coins down on top, and the cheese inside of a microwave fresh hot pocket.

Point being, we’ve had a string of sticky days (#DLWS hashtag on Twitter) here in Toronto and there are still ~47 days until fall. Here are some ways to beat the heat:

Get a fan. I don’t have A/C. I’ve never had A/C. Do you have A/C? Want to be my new friend? No? My current solution is a twenty dollar Walmart fan that sits on the corner of my mattress on the hottest days. Sometimes I’ll lie down with my face propped up in front of it – that urge usually comes after a day of errands and running around in the heat.

Drink a ton of water. Your body uses more water when it’s hot outside – that’s just science. I’m a fan of those gigantic bottles of water from convenience stores, even though I keep patiently explaining to myself that I would save money if I just bought a metal water bottle and refilled it throughout the day.

Go to a cool, indoor place. The hottest days force me outside of my house and into public spaces that have central air installed. The city just announced that its cooling centres will open earlier, on the first day of a heat wave. The former policy had them open only after the outside temperature hit 31 Celsius and stayed there for three days, qualifying as an extended heat warning. The new policy goes a long way towards considering the needs and comfort of vulnerable populations, which is a win for us all. Look for your local municipal relief spot here.

You have permission to wear the same outfit every single day if it’s what you feel most comfortable in.

Cook differently. Don’t even think about turning on that oven – you’ll just make yourself miserable. Stick to meals that require as little cooking as possible. Stuff like salads, and things than can be made on a stove top are going to be your go-to for the time being. A hot tip: stick some grapes in the freezer and eat them throughout the day. Really good snack. A+ even.