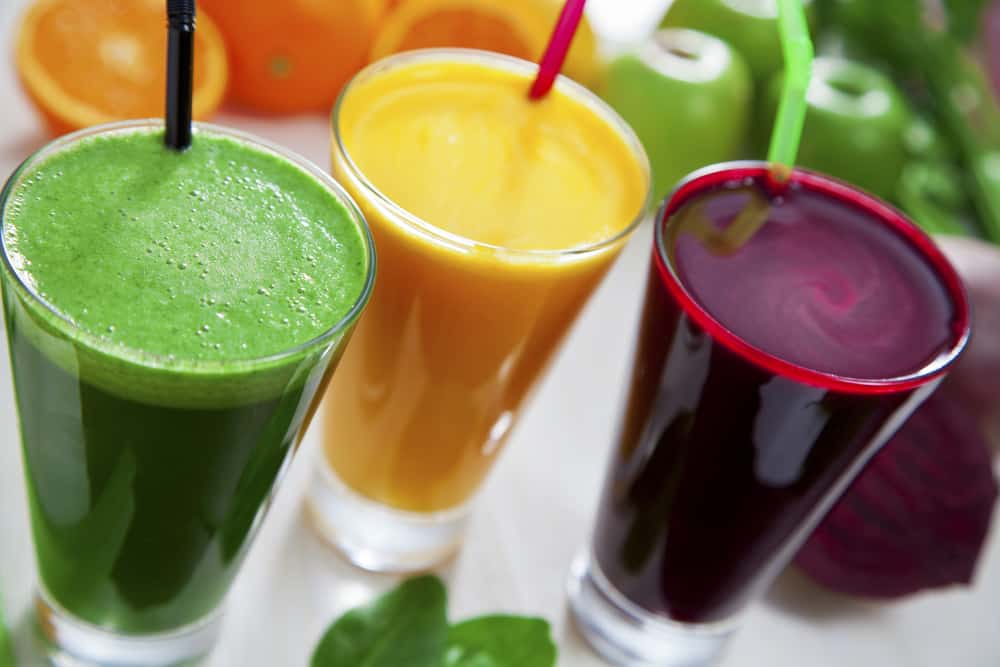 How to Keep It Together During A Cleanse

It’s 3:30 AM on a Friday night and I’m sitting in a booth at McDonald’s, placing fries into my cheeseburger and trying not to make eye contact with the stone-faced dude in a full Adidas tracksuit that I feel has been judging me. Picture an Edward Hopper painting with a lot more shame.

The next day, after discussing this particularly debilitating tryst with fast food and the stomach ache to follow, my sister and I decided to go on a cleanse.

Juice cleansing seemed pretty straightforward: for a selected period of time I would ingest nothing but vegetable and fruit juice. This promised to give my digestive system a much-needed break, get me back to eating lactose-free (I’m intolerant), and I was more than a little interested in seeing all the weird stuff that I heard comes out of you.

We chose to buy 3-day packages, specifically for cleansing, from a local juice place. It was expensive, but neither of us owns a juicer and, having made the mistake of buying a cheap one in the past and murdering it with a stalk of kale, we knew it was our only choice.
I’m being generous with myself when I say it was rocky. I cheated, berated myself, and decided to quit more than once. And it was only three days.

Luckily, you can benefit from my mistakes. Allow me to be your juice-based Tenzing Norgay: I’ll help you climb the summit of your cleanse and, once you reach the citadel, revel in your triumphant cry, echoing over the mountains of toxins at your feet. You can do this.

Be Prepared
If The Lion King’s Scar taught us anything (aside from piercing rhetoric) it was to be prepared. Know that you will get tired very easily and it’s a lot harder to be vigilant when you’re exhausted. Make sure the people you live and work with know what you’re up to and how they can support you. Being able to explain why you’re doing this can help them (and you) understand what’s at stake. Also, free yourself from commitments that center around food. Believe me, it’s much easier to cheat during a friend’s move, when everyone’s enjoying pizza and beer while you’re breathing heavy over a bottle of beets.

Cheat Gently
If you cheat—which, let’s face it, you probably will—don’t jettison yourself off the bandwagon. Just kind of slowly slide off the side when it’s stopped at a light. Cucumbers and apples are good ways to curb the need to chew something while staying true to what you’re trying to accomplish. I gave in at a baseball game. It was easy not to drink anything that was off limits, but food is such an intrinsic part of baseball for me. So, I decided to cheat, figuring, if I’m going to cheat once, I may as well cheat hard.

Let me tell you: eating a family-sized poutine in the fifth, then spending the next two innings pacing the parking lot and trying to keep everything inside of you, is not. worth. it. Not only did I no longer feel light and in control of my body, but I was really upset with myself for giving in so completely.

Put Money on It
Give $50-$100 in cash to someone you see each day. If you don’t cheat the previous day, you get your crisp cash placed back into your well-cleansed hands. If you end up giving in to, let’s say, midnight lasagna, the friend gets to keep the cash. It may sound crass to get money involved, but losing that much can sincerely motivate you if you paid part of your rent last month in rolled coin. The best thing about this is that the poorer you are, the better this works. Being broke is finally paying off!

Stay Busy
One of the first things you’ll notice is how much time you spend thinking, eating, and burning the energy digesting food. Whether it be tackling a big project at work, doing some housework you’ve been putting off, or power-watching seven seasons of Murder She Wrote (again), focusing on something else will help you forget about your lack of solids. You can really get a lot done! I spent three hours moving and rearranging my bookshelves (only to later realize I set them up right next to the oven and it was a major fire hazard).

Keep Track of What’s Going On
Your body is going to be doing some crazy stuff. I won’t go too hard into this, as the extent is different for everyone, but know where the bathrooms are and don’t ever wait it out. Get off that bus, grab a bottle of water at that coffee shop, and ask for the bathroom key. Keep track of when you get your cravings. If you can have a juice ready for those specific points in the day, you can reach for your bag instead of the door handle of a Yogen Fruz.

I made sure to keep track of when I was actually succeeding and recorded positive results (like being clear-headed and feeling less stomach pain). It didn’t make a massive difference in the way I live my life, but I got to know myself a bit better and it has prompted me to say no to midnight lasagna ever since.

Tags: Featured, Fitness, Food, Health, How to Handle a Cleanse, How To Keep It Together On A Cleanse, Juice, Juice Cleanse, Juicing