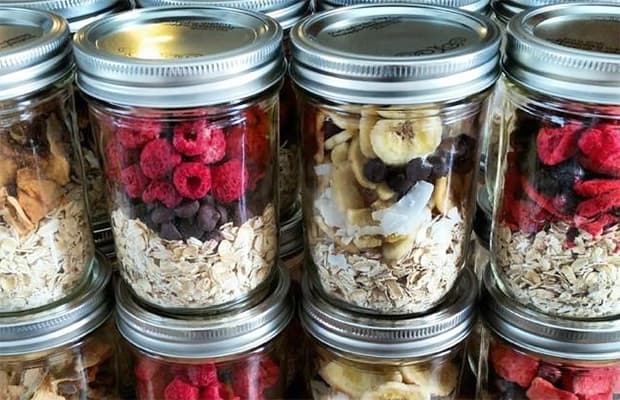 Saying ‘No’ To Stuff: How To Adopt A Zero-Waste Lifestyle

Bea Johnson has lived waste-free since 2008. By following a simple rule – Refuse, Reduce, Reuse, Recycle, Rot (only in that order) – she has managed to streamline her life and improve her overall standard of living. We asked her why she decided to go this route and what she learned along the way.

SDTC: How did we become such a wasteful culture?

BJ: I think this consumerist society was created by manufacturers who hire powerful marketers to create in us fictitious means. They’ve promised time and money savings for our busy schedules. But as soon as you adopt a zero-waste lifestyle, you start getting away from all that consumption, and you realize very quickly that you’ve been duped.

What was the catalyst for you to go fully waste-free?

For us, it was a move. It forced us to live simply for a year. During that year, we realized that 80% of our belongings that we had put in storage – we didn’t need. So we let go of them. Thanks to that simplicity, we found time to educate ourselves on environmental issues. What we found was that it made us sad thinking about the future we were creating for our children. That’s what gave us the motivation to change our ways.

So we watched our energy consumption, water consumption, then I turned towards the trash. The term zero waste back then was only used for describing manufacturing practices or waste management at a municipal level. It was not something used to describe something you do at home. When I saw that term, a light bulb went off and I decided to aim for it.

There was no guide for how to live a zero-waste lifestyle, no blog for it – nothing on the subject. So I had to test a lot of things. I Googled a lot of alternatives and picked up the phone and called my mom, my grandma, my mother-in-law – to find out how people used to do things. Little by little, we found a system that works for us, and it has been automatic ever since. 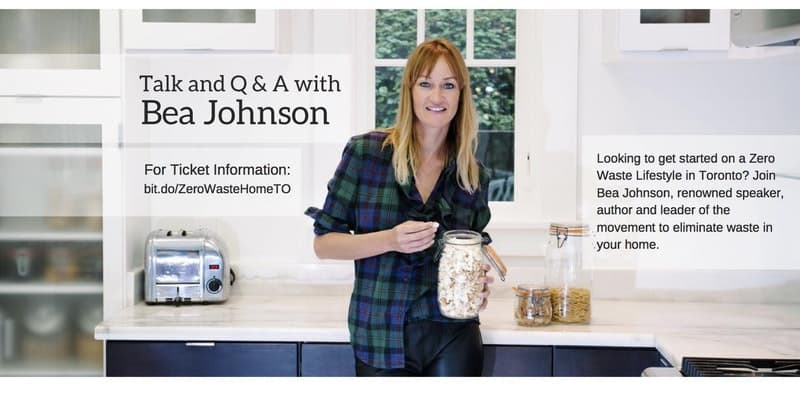 So your family was on-board from the get-go?

I think for my husband, what he was worried about at first was that it would be too costly. People often think it’s going to cost more. I asked my husband to compare our bank statements between the zero-waste lifestyle and the lifestyle we were living before, and that’s when he found we were saving 40% on our overall budget. Once he saw that number, he was like, “Go for it.”

What are other misconceptions people have about this lifestyle?

There are a lot of people that think you have to be a hippie and live in the woods to have this lifestyle. It’s not at all the case; we’ve proven the contrary. People also think it’s going to take more time, which is not the case at all. By definition, the less you have, the less you have to clean, maintain, repair, organize, dust and discard.

Where should people begin if they want to go waste-free?

Refuse what you do not need. Today, in this consumerist society, we are the targets of many promotional goods; whether they are freebies, junk mail, samples or single-use plastics. Every time we accept them, we are creating a demand to make more. Once we bring those things into our home, they clutter our space and become a trash problem. It’s important to simply say no to these things. Next time somebody hands you something, think about if you really need it.

That can be tricky when well-meaning family members want to give stuff to you constantly.

With the holiday season coming up, it’s important to let your family members know – all the people you exchange gifts with – that you’ve adopted a lifestyle of voluntary simplicity. That you are ending it simply for your own life and you don’t want them to sabotage it. Let them know that you no longer accept the gift of stuff, but that you welcome the gift of experiences.

It’s important to give examples: for kids – a gift certificate at the ice cream shop, or movie tickets, a hairstyle. For older people who generally don’t want more stuff for themselves – they want our time. Give them the gift of time. Take them out to dinner, to lunch. Do a chore that they would have trouble doing (e.g., mow their lawn).

What can people expect to take away from your talk in Toronto?

I’m not coming to tell anyone how to live their life. I’m only here to show what we’ve been able to do in our home. If we can inspire people, great. I’m coming to shatter the misconceptions associated with this lifestyle and to let people know that the zero-waste lifestyle is nothing what they expect it to be.

Ultimately, what you have to gain is an improved standard of living. You gain a life based on being instead of having.

Bea Johnson will be in Toronto on October 26th giving a talk about living a Zero-Waste lifestyle. Get tickets here.