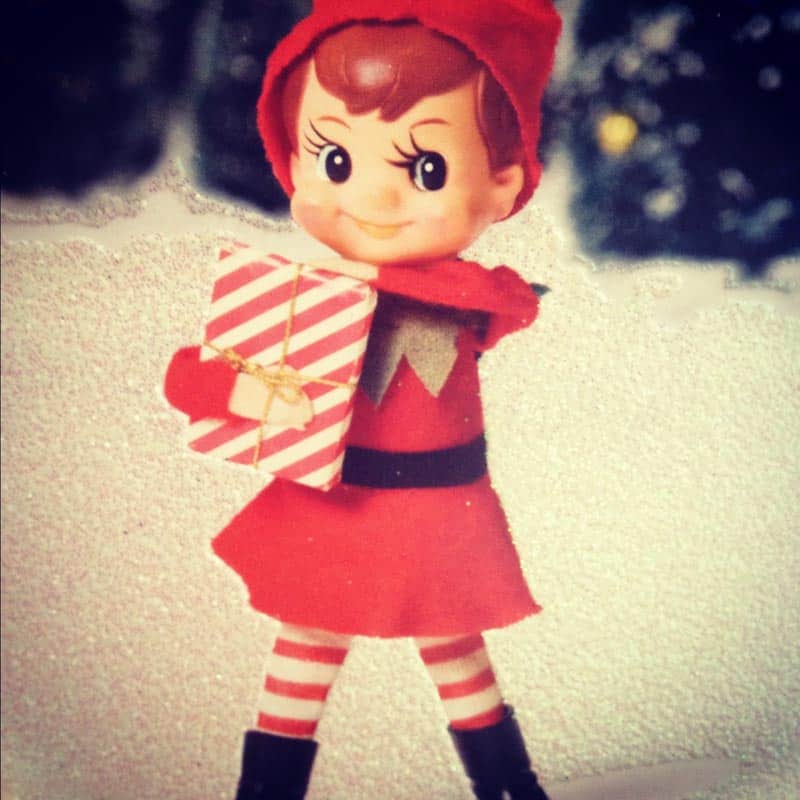 "I’ve always kind of latched on to something to fantasize about as a way of avoiding actually dealing with my life."
Life Stories

I am SO excited to go home for the holidays. Like, actually.

It’s not about Christmas itself, because a) I am not twelve, and, b) I’ve been calling my parents pretty much every week for the past 3 months saying some variation of, “Can you buy me [basic life necessity] as an early Christmas present?” so it’s been made pretty clear that they will be giving me the pleasure of their company this year, and not much else. Not in it for the swag, is what I’m saying.

I’m excited to go home. I am excited to the point that it’s all I think about. I’m sort of convinced that I’m going to fall over dead two days before my flight because I’m so excited to go back that it actually doesn’t seem real. I’ve been walking around in a literal haze (read: not literal, I don’t have the power to project my feelings onto the weather but WHAT IF) thinking about all of the places I am going to visit. I just want to walk around, aimless, for hours, and marvel at street signs and bus stop shelters. I’m transfixed by the idea of actually being there. After this long. Home.

But you guys. This is fucked up.

I mean, I like Vancouver. Mountains, trees, beaches, glorious breathtaking sunsets over the horizon of the Pacific Ocean that make you think things like “this is why mankind invented ART” etc. etc. (full disclosure: I just had to google whether the sun rises or sets in the West, but it’s fine, I’m fine, don’t worry). So yes, Vancouver is nice, and very pretty, and I like it and don’t want it to fall into the sea or anything.

But I hated living there. I hated it for various reasons that had a lot more to do with me than anything to do with the city itself, and which are too boring and involved, and like, I-want-to-be-able-to-link-to-this-article-on-my-facebook-page-without-all-hell-breaking-loose to go into, you know what I mean? The point is, I am happy as all hell in Toronto. I love my life here. I don’t know if it’s as simple as a change of scenery, or the fact that the people here didn’t know me when I was eighteen (social outreach idea: no one should be allowed to say words from ages eighteen to twenty-one) but whatever it is, things are better. I am better. Also, the shwarma is better.

So why am I so obsessed with the idea of hopping on a plane and time-traveling back to a point in my life when I lived in my parents’ basement and was secretly convinced that the fictional character I was most aligned with was Dawn Wiener?

I think it has to do with living in the moment. Or rather, my inability to do so. It’s hard to talk about “living in the moment” without sounding like an email forward from my mom, which is not my favourite way to sound, but nonetheless. I would like to get better at it.

When I was fourteen, I was obsessed with the behind-the-scenes features of the Lord of the Rings Extended Edition DVD sets. I wanted to be best friends with the whole cast. Also, I was saving myself for Elijah Wood. I’ve said too much. The point is, I’ve always kind of latched on to something to fantasize about as a way of avoiding actually dealing with my life. When I lived in Vancouver, it was the prospect of leaving. Now that I’m gone, it’s the prospect of going back. I have an image of some distant and serene Future Me who doesn’t need these distractions, but when I think about it, that’s just a distraction, too.

I live in Toronto. My life – at least for now – is in Toronto. Sure, I’m excited to go back home and see everyone and just casually be ten pounds lighter. Nothing wrong with that. But, since it’s now my job to write about my life (oh by the way hi, I’m Shauna, nice to meet you, this is my new column) let’s call it my Mayan Apocalypse Resolution to be a bit more engaged with that life, in this city. To be a bit more like that ubiquitous girl on Facebook, who’s always posting things like “omg! love my life! #blessed”. Because, although on the one hand BARF, how much fun must Christmas be for that girl?

Still can’t get behind #YOLO though. That carpe diem shit just stresses me out.

"I’ve always kind of latched on to something to fantasize about as a way of avoiding actually dealing with my life."