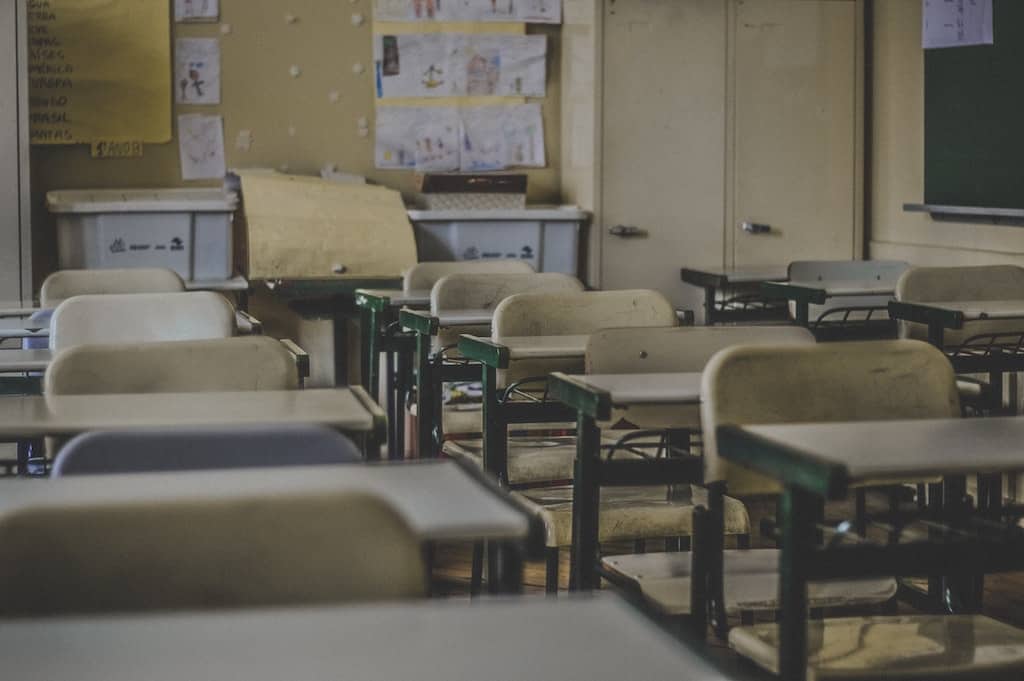 "I want to ensure my son knows whose land we live on."
Life Stories  Recovery

In grade 9, I got an “A+” in history and it came with a commemoration. I marched across the stage to receive a plaque that was engraved with first and last name and the words “Grade 9 Advanced History Award.” I didn’t expect to get an award. I was an immigrant kid—I didn’t know English at all when I moved here. I would memorize information by visualizing words and that was how I managed to pass all my subjects before I learned the new language. So receiving this award was a big surprise.

On that day, when I walked across the stage to pick up my history plaque, I’d been in Canada for eight months and the jig was up. We hoped for a better life but my family was struggling financially, my father lost his job and my mother couldn’t find one. I had no friends, and I was in the throes of a bad culture shock. I wanted to go back to where I came from (something that had been suggested more than once by some new school pals). I thought the Catholic school I went to here–with its simplistic curriculum–was a joke. History was definitely a joke. It appeared that the only interesting things that happened in this country started about 125 years prior to my arrival.

I don’t have my Grade 9 History textbook any more and I don’t recall what was in it exactly but I remember that there wasn’t too much history in it. Specifically, there wasn’t a lot about Indigenous peoples who I knew lived here before ‘First Contact’. According to the definition, ‘First Contact’ describes an initial encounter between cultures that were previously unaware of each other. In the Americas, ‘First Contact’ almost always refers to first contact between Indigenous Peoples and Europeans in the 16th and 17th centuries.

To start a history textbook at that point ignores all history that happened before it. There was very little about Indigenous history in my textbook, but I do remember a small area devoted to residential schools – or what it described as nice places where the poor Indigenous children got a golden chance to improve their prospects in life by learning how to assimilate properly with the rest of the progressive country.

We are now in the midst of an unravelling that some will say started in June, when Tk’emlúps te Secwépemc Chief Rosanne Casimir announced that the remains of 215 children had been discovered near the city of Kamloops, British Columbia. This launched searches across the country, and just last week, 751 unmarked graves have been uncovered on the grounds of the former Marieval Indian Residential School in Saskatchewan. There are 133 more schools to survey, out of 139 (there have been new undocumented remains found at every of the six surveyed most recently). Unaccounted deaths and missing children is not news to anyone who is Indigenous and perhaps it shouldn’t be the news to anyone who went beyond Grade 9 Advanced History class in 1992, when residential schools–or as some people refer to now as “death camps”–  were still open. The Truth and Reconciliation Commission (TRC) has identified documented deaths of more than 6,000 students of residential schools, but the number could be much larger. Retired senator Murray Sinclair, who served as head of the TRC said this number, “could be in the 15,000 to 25,000 range, and maybe even more.”

Unfortunately, I think that there are still Canadians who remain unaware of the latest discoveries; the shock and awe some of us settlers are now going through suggests that the real nature of residential schools is still news. Frankly, I think one way to make even more people aware is to cancel cake and fireworks on July 1st. It’s pathetic, but taking the cake and the booze away might just be the best way to get everyone’s attention. There’s nothing to celebrate. This is a country with a very problematic history and the only thing we should be celebrating together is that there’s no more stopping this history from unraveling.

I remember this “holiday” as the first one I experienced when I moved here from Poland–it was a week prior to us getting off the plane (not the boat as some like to suggest). I remember thinking that it was a little bit like someone throwing themselves a surprise birthday party–silly and weirdly self-absorbed. I’ve never seen so many people wear the flag of their country so willingly, so proudly; I came from a country where we were forced to wear another country’s flag to celebrate ourselves (the Soviet Union flag).

When I came to Canada, I was already aware of the phenomenon of shifting history. In 1989, communism ended in Poland, and all the statues came down. The streets, buildings, town squares were getting rapidly renamed, the place where I’d meet with friends to go downtown was no longer Plac Dzierzynski (a Bolshevik revolutionary), it was now called Plac Bankowy (the bank place). The mass grave of 22,000 Polish military officers and intelligentsia massacred on Hitler’s orders turned out to be Stalin’s doing, which we all knew about but could finally, officially correct. Russian got replaced by religion in schools, and it was best to be a Catholic if you didn’t want any trouble. The irony? Twenty years later, in 2019, the statue of the pedophile priest who was a leading figure in Solidarity–the movement which overthrew Communism in Poland–was toppled by protesters, who accused the Catholic Church of neglecting accusations of sexual abuse. Perhaps because of all the toppling I’ve witnessed already, the toppling of the Egerton Ryerson statue at my alma mater in June felt familiar and incredibly satisfying. I learned about Ryerson back when I went to journalism school in 2003, but it wasn’t until years later when what I read about him took on a completely different meaning. This is the thing about history; the language changes meaning once we get to the lies it tells.

I’m not an ungrateful new Canadian. I have a complicated relationship with this place, but it is my country and I can’t imagine living anywhere else. As a young adult, I didn’t want to be here, but that changed after my son was born; his arrival made it clear that this was home. I would go back to Poland to visit during summers and people would always ask how I liked it “over there”. I started telling my Polish friends what I was learning about Indigenous peoples and how they’ve been treated–and how they’re still treated–a few years ago when a lot of my friends joked that they would like to escape the Catholic clutches and the crazy conservative Polish government, and could they please stay with me in the beautiful Canada, the greatest country in the world? That’s how Canada is thought of around the world–just this year, we’ve got the first place in the 2021 Best Countries Report, a rating conducted by US News & World Report.) A few barbecues got momentarily awkward with my revelations; I had one friend accuse me of “conspiracy theories” because the crimes of colonizers had never been heard of in Poland.

It is an uncomfortable realization to admit that I am a settler–a new settler, but still. I am sure I’ve taken up somebody’s space, and I live here indirectly because atrocities such as residential schools were allowed to happen, because people have died.  That high school is also the very product of the religious organization that is responsible for all those unmarked graves.That high school gave me an award for learning history, that high school gave me opportunities in the country that took every opportunity away from the people this land really belongs to. I started learning the truth about residential schools around the time TRC formed, around the time my son was in first grade (he is 12 now). When he went to school, I paid close attention to his history classes–although they’re far from perfect, the curriculum does include lessons on Indigenous history and current events.

In the past few weeks, the current events brought history to the forefront and his school acknowledged what is happening, which is progress. I hope he receives a different sort of education than I did. As a parent, and an immigrant, I want to ensure my son knows whose land we live on and that he understands what a gift and privilege it is to be here, in Canada, and at what cost this was made possible.

When I got my Canadian citizenship, we had to pledge allegiance to the Queen. My dad joked to just mouth “watermelon, watermelon” over and over and not to worry about it, we were jaded about pledging. Prior to the ceremony, we had to do a test and answer questions about Canada. I don’t remember a single question about this country’s real history; it was as if nothing was here prior to 1867. At 17, I became a New Canadian living in the country that lies about itself. This unraveling we are in the midst of is its Truth and as for Reconciliation, there’s still very long ways to go.

"I want to ensure my son knows whose land we live on."