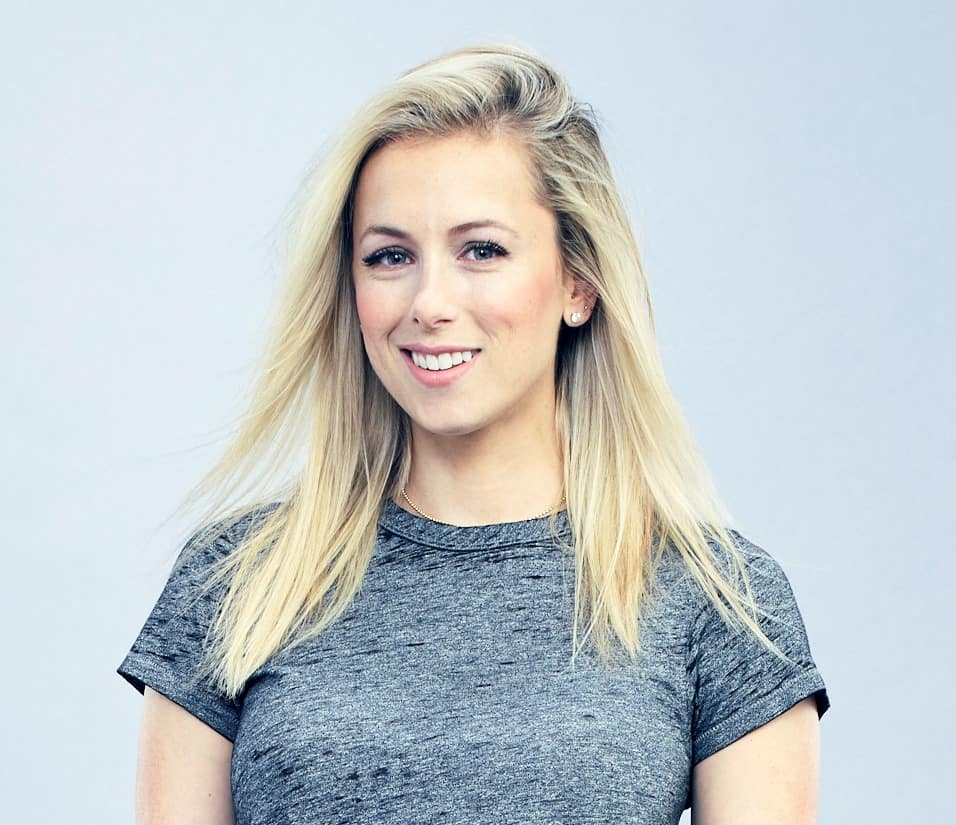 Iliza Shlesinger is one of today’s leading comedians, with four Netflix stand-up specials under her belt and a fifth set to film this month. In addition to releasing her first book, Girl Logic: The Genius and the Absurdity, she recently co-starred in the Paramount Pictures film Instant Family. She is the only female and youngest comedian to hold the title of NBC’s Last Comic Standing.

Iliza lives in Los Angeles where she spends time making up songs and nicknames for her dog Blanche.

SDTC: You wear a lot of hats; comedian, actor, author. Which comes to you most naturally? Which is the most painful?

IS: Stand-up comes more easily. Acting is something where other people have to give you the part. With stand up, you have to create your own path. All art is heartbreaking (if your pilot doesn’t go, or no one likes your script, or if a joke bombs). I see it all as [part of] one career, with its ups and its downs.

I think I’m reinforcing a notion, which is to always bid on yourself. Whether it’s making a show or writing a script, make it the way you want to make it. Then when it fails, you’ll know it’s 100 per cent because of you, and when it succeeds, you get to take all the credit. There’s nothing worse than creating a project and it doesn’t go because you gave in to all the stupid notes you were given. Try not to compromise unless absolutely necessary. Be the individual that everyone always tells you to be, even if the price you pay is that you don’t always succeed.

What’s the worst piece of advice you’ve ever been given?

I’m closed for feedback, and I’m gonna do whatever I want or need to do.

I’m an open book. I always cringe when they’re like, “Do you have any hidden talents?” and the celebrity is like, “I’m double jointed…in my tongue!” If you don’t know the facts about me, it’s probably because I don’t want you to know it. It’s all there on my Wikipedia page.

What changes, if any, would you like to see happen in the comedy world?

More sunscreen, don’t pluck the ends of your eyebrows, and try to get into scripted programming with Netflix because turns out they’re going to be massive.

There’s a thing called a Lovesac, it’s like a luxury bean bag. I have one, but I would like to own one the size of a room, so my whole room could be like a bed, and I could feel like a small cat.

Slowing down. It’s been a note from people my entire life. Slowing down has given me the luxury of not making snap judgments at all times (I mean, I still do it) and saving myself from saying something I couldn’t take back, or helping me assess a situation, look smarter—things like that. I just feel less frantic.

Best thing about being your current age?

Best thing about being thirty-six is I still remember what it was like to have the body I had in my twenties, and I haven’t totally let it go. I’m right on the precipice of forgetting! Also, its a substantial age, so I can speak with confidence and with a little bit of age and know what I’m talking about. When I say “I feel old,” other people around my age are like, “Oh I know,” and we all share what hurt when we woke up this morning. When you’re thirty, no one can really say that. I’m enjoying approaching the door to old age.

Environmentalism. Single-use plastics. The burning of fossil fuels. I wish more people took responsibility for their selfish actions on our planet. I think people thinking that other people will fix the problem is why we’re in such hot water. You can’t do everything yourself, but you can choose to eat fast food, less meat, consume less plastic, and be less of a piece of shit.

I didn’t have one. I really believe that my career—for better or worse—was forged out of my own ingenuity. When you’re a headliner, you’re on the road alone. During my career, I didn’t have anyone to look up to or talk to. Also, in your twenties, you are blessed with the idea of thinking that you know everything. So that, combined with actually having no one to talk to, creates fortitude.

The cultural diversity when it comes to food; going up to Scarborough for goat roti. Also, I’ve been playing in Canada since my twenties and I’ve never had a bad experience. I love the people and I love your country. Go Raptors!

Iliza returns to the Sony Centre for the Performing Arts on May 25. Get tickets here.