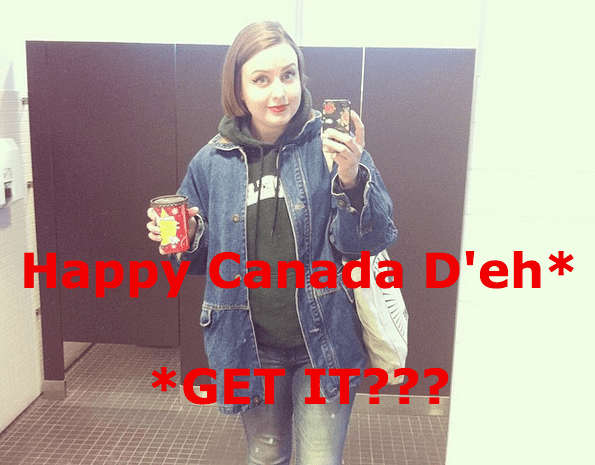 "My nationalism is actually something that’s relatively new, and something I’m not particularly comfortable referring to as 'nationalism.' To put it plainly, I like where I’m from."

I’m A Canadian, Not A Beer Commercial

I am Canadian. (But not in the Molson Canadian way.)

I was 14 when “The Rant” was released, and having grown up an hour away from the border, I didn’t get it. Unlike “Joe,” no one had ever asked me if I lived in an igloo or had ridden a dogsled. I didn’t know what a Chesterfield was, and Joe’s attempt at pitting us against Americans (“peacekeeping not policing”) was lost on me. But it wasn’t lost on anybody else, which, of course, made me hate it.

And I still hate it. 14 years later, and I can be honest: I hate that commercial. I get it why some people love it, I understand why maybe our parents still stand by it, but it’s got the same appeal to me as another chapter in the Transformers franchise: it’s not hurting anybody, but there are other things we should probably adhere to. My nationalism is not dripping in beer.

My nationalism is actually something that’s relatively new, and something I’m not particularly comfortable referring to as “nationalism.” To put it plainly, I like where I’m from. I like that my public high school made birth control readily available (you walked into guidance, asked for a bag of condoms, and left with a free bag of condoms – that we used to throw at people because we were 16, but still). I like that regardless of how little money my family had we could still afford tonsillectomies, trips to the ER, and, now, my dad’s heart surgery. I like how beautiful Canada is. I like that gun culture is scary to me. I like that my gay friends can get married. I like that despite not having insurance, I only have to pay $8 to refill a prescription I need. I know that this nation is hardly without problems (and this is me being diplomatic about those problems in a piece about how much I love Canada), but I also know that I’m lucky that I can write this or any criticism and not be subjected to threats and/or harassment. (Or so I assume and hope.)

The luck and/or good fortune that is my Canadian nationality is something I chose to overlook for while. It’s not that I didn’t like being Canadian; I just liked the idea of being from someplace else more. America is where anybody who wanted (or wants) to “make it” went. England is rich in history and boasts a refined sense of cultural pride. France . . . okay, look. We all go through a phase in which we think Paris is exactly where we need to live, despite never having been, and having only passed French because the teacher felt sorry for you. The grass is plus vert, blah, blah, blah. I was (and still am, sometimes) embarrassed over Canadian stereotypes and our international reputation as polite pushovers. I resented the earnestness with which Canadians tend to be associated. I hated the word “aboot.” I still hate it. I hate hanging my identity on where I happened to be born.

But there’s a difference between getting a maple leaf tattoo and generally appreciating how fortunate you/me/we are to have been born someplace we get to live freely and not die because we have opinions and/or we’re women who want to accomplish goals. There’s something to be said for knowing – as Kelly Oxford once said – that Walter White wouldn’t have had to make meth had Breaking Bad been set in Canada. (Though on that note, that means Breaking Bad would never have existed, so I take that back.) I’m not about to start screaming “I. AM. CANADIAN!!” like it’s 2000, but I’m not going to slink away from where I’m from, either. All countries are fucked up – that includes ours. And what makes me like being from Canada is that we can engage in discourse to make it less so. (And that my Lithuanian great-aunt still equates Canada with “freedom” after she, my Grandpa, and their family were granted citizenship when fleeing Lithuania following WWII.)

Which is what made me so angry about the forced, shmaltzy nationalism endorsed by the “I am Canadian” campaign. In no way did that commercial drum up the real things we, as Canadians, should be grateful for. Instead, it bred a generation of people who felt they were representing their motherland with plaid shirts and beer. And sure, go right ahead and do that – but when there’s factors like universal healthcare and a lack of Tea Party in our list of accomplishments, why become a caricature unnecessarily?

I like the Canada I actually live in. And it’s not something I’ll celebrate tomorrow with red and white face paint, nor use as an excuse to put America or England or another country down. That’s not what nationalism is. At least, that’s not what Canadian nationalism is. We’re supposed to be polite, remember?