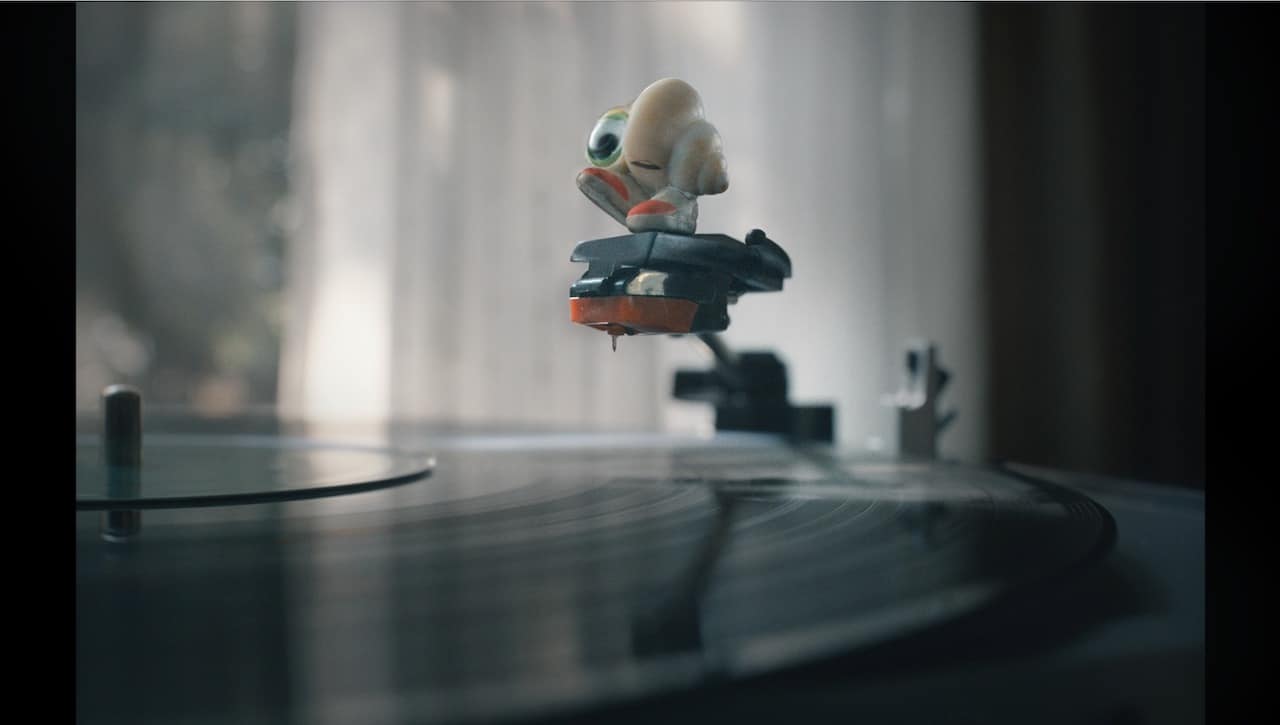 Do you remember when you first met Marcel The Shell? For us, it was love at first sight. So we were pleased to learn that the wee critter is finally getting the spotlight he deserves. Marcel The Shell With Shoes On is due to release this summer, and the trailer is so adorable that it had us squealing with delight.

Jenny Slate’s tiny talking character arrived to the world in 2010, and became an instant obsession. With all the horrible anxiety-inducing news lately, knowing that we can look forward to watching Marcel on the big screen provided momentary relief. Looking at him, and his big eye, one cannot help but smile.

So what happens in this film? Be prepared for an emotional rollercoaster. The official synopsis:

Marcel is an adorable one-inch-tall shell who ekes out a colorful existence with his grandmother Connie and their pet lint, Alan. Once part of a sprawling community of shells, they now live alone as the sole survivors of a mysterious tragedy. But when a documentary filmmaker discovers them amongst the clutter of his Airbnb, the short film he posts online brings Marcel millions of passionate fans, as well as unprecedented dangers and new hope at finding his long-lost family. A beloved character gets his big-screen debut in this hilarious and heartwarming story about finding connections in the smallest corners.

Marcel The Shell With Shoes On is directed by Dean Fleischer-Camp, who also stars in the film alongside Jenny Slate and Isabella Rossellini.

Watch the cutest trailer ever: