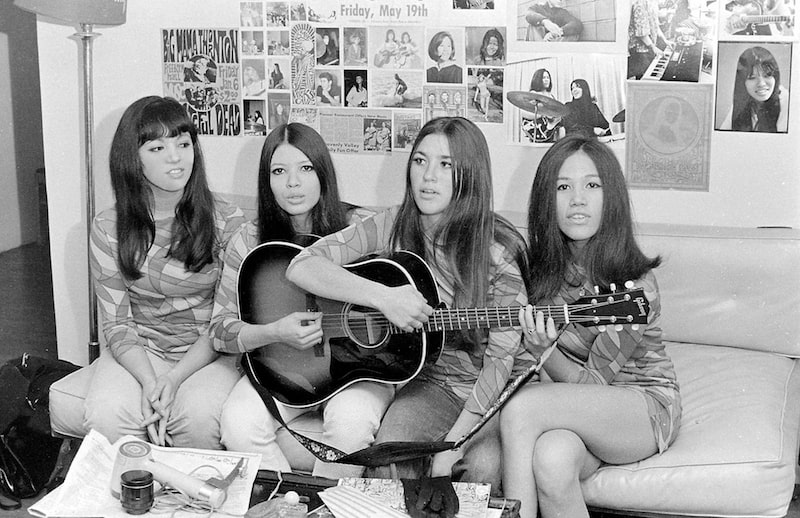 "I would like my film to inspire HOPE. To inspire IMAGINATION that builds bridges of understanding, love and mutual respect...that puts the collective needs of community over the selfish needs of any one individual."
Film

In conversation with Bobbi Jo Hart, Director of ‘Fanny: The Right To Rock’, which has its world premiere at Hot Docs!

In FANNY: The Right to Rock, Canadian filmmaker Bobbi Jo Hart reveals the fascinating, untold story of a phenomenal band, formed in 1969, that many described as “the female Beatles”. Fanny quickly climbed the charts, and released five critically-acclaimed albums, but their stardom was short lived. But still, with that success, why haven’t we heard of them? This is the question that drives the film.

The doc takes us back 50 years, to learn the band’s origin story, examining Fanny’s quick rise to fame and subsequent erasure, and tracks down where the Filipina-American bandmates are today.

We connected with Bobbi Jo to find out what inspired her to make this doc, and what she’s discovered along the way.

We’re curious, how did this film begin? When and how did you learn about Fanny?

Five years ago, I was searching for a guitar for my 12 year-old daughter Phoénix, and was perusing the Taylor Guitar website. They had a Stories section on the website, and when I clicked on it, up popped this beautiful photo of a powerful woman expertly wielding a guitar as her flaming grey hair exploded around her. I was captivated and then blown away by the story of Fanny, a groundbreaking, self formed band ahead of its time in the 60’s and 70’s… who happened to all be women. Then I got angry. “WTF!!!” I thought to myself. I grew up in California and my parents had all the best rock albums rotating on our record player in my pre-teen years… but why wasn’t Fanny on our musical rotation at home? Why wasn’t Fanny on rotation at my local rock station? Why wasn’t Fanny on the cover of Rolling Stone Magazine? I feel a sense of purpose since I started making documentary films 25 years ago… that I am a conduit to stories that are just waiting to be told. Stories of underdogs who deserve to be part of our collective history… or in this case, our HERstory.

History is written by the victors, so we as women must think like winners and dare to write our stories, dare to tell our stories, and dare to speak our truth, loud and clear. The story of Fanny found me, and I wanted to make the film from the first moment I discovered the band, and that passion to share their story and groundbreaking impact in music has never left me. If fact, it only continues to grow as we start to release the film! 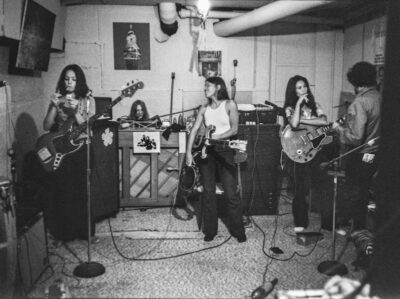 What’s the biggest discovery you’ve made since embarking on this project?

In terms of the band Fanny, it was quite an eye opener to realize how superficially they were treated by media back in the day. No one asked about the Filipina American heritage of bandmates, or the fact that there were queers in the band. No one asked about the story of how bassist Jean Millington came to possess her famed P bass. No one wrote about the fact they were a self-formed band and self taught musicians…who just happened to be young women. This was a frustrating discovery… about the discrimination, the sexism, and now the bandmates battle ageism as well… because one of the first reviews of the film (by a young, male journalist) mentioned how he loved the band, and the archival performances, but that he did not like the “present day” story…or seeing older women performing, so to speak. So I also discovered this week how ageist sexism is omni present circa 2021. So after being very frustrated, I became even more determined to bring the film to the widest audience possible… because this film is also about normalizing the fact that women still have passions, dreams and a kick-ass voice to share with the world, especially when they get older. So I love smashing that perception of women in a rocking chair as they age, and replacing that with a woman who ROCKS! 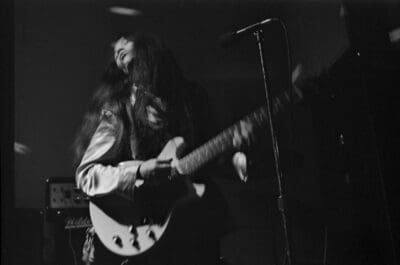 How would you describe your approach to doc filmmaking?

My approach is about shutting up and capturing life as it unfolds before me, listening, about paying attention with all of my five senses. It is ultimately about letting go. About trusting in the unknown that unfolds before me and my camera. About building trust and respect with those who open their lives and stories to me. You see, my university degree is not in film but I have a BA in International Studies. I wanted to work for the Peace Corps or United Nations, then I serendipitously met a documentary filmmaker named Terri Wynnyk in Edmonton, and it was an AHA moment for me.

My background and passion for building bridges of understanding and respect between cultures and ways of life could be expressed through the medium of film. My first documentary filmed in 1996 in Pakistan, A Calling to Care, celebrated the calling that nurses have to make a difference in the world. I was held up at gunpoint making that film and it was baptism by fire, but I also learned how to let go of my pre-conceived ideas of the film I “thought” I wanted to make, and to listen to the people I was filming, to trust in the unexpected, and to have faith that what I would discover by letting go of control, would be infinitely more powerful and resonant than what I had originally set out to do. And I have followed that philosophy ever since. 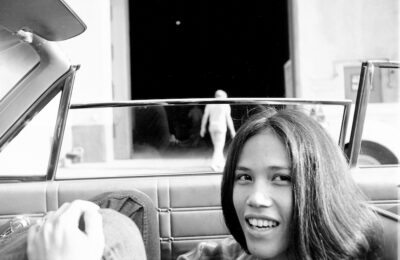 What questions or ideas do you hope /imagine will be inspired by Fanny: The Right To Rock?

I ultimately hope that the film inspires girls and women, and really anyone with a beautifully unique identity, to look in the mirror and say to themselves that “I matter. My voice is important and deserves to be heard. And it deserves to be heard LOUD and CLEAR.” Because girls and women, those in the queer community, and those in culturally diverse communities… have been socialized to be quiet. And #BLM, #Stop AsianHate, #MeToo, as well as the queer hacked #ProudBoys hashtag — and so many other vital social, political and social movements — are broadcasting LOUD, PROUD and CLEAR that enough is enough! Racism must stop! Discrimination must stop! I would like my film to inspire HOPE. To inspire IMAGINATION that builds bridges of understanding, love and mutual respect… that puts the collective needs of community over the selfish needs of any one individual. 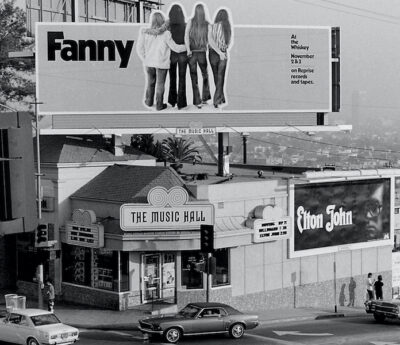 Surround yourself by people who help you grow, and make sure you choose to make a film about something that touches you deep in your soul… because it is a long, hard and often lonely road to get from that initial idea to completion and release of your film. Let go of your ego and listen to those who allow you to film them, be it people, animals or nature. They all have a voice that deserves to be heard, and unless we all start listening more than talking, we are going to be in grave danger of driving our species to extinction. And in our humble, understated efforts, we as documentary filmmakers can shine a light on hope and a soulful path toward connection and possibility. 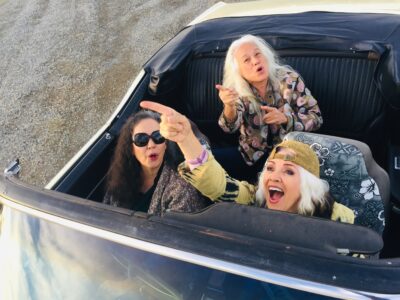 FANNY: The Right to Rock is having its WORLD PREMIERE streaming online ACROSS CANADA during the 2021 Hot Docs International Film Festival April 29 – May 9. Get your tickets now.

"I would like my film to inspire HOPE. To inspire IMAGINATION that builds bridges of understanding, love and mutual respect...that puts the collective needs of community over the selfish needs of any one individual."