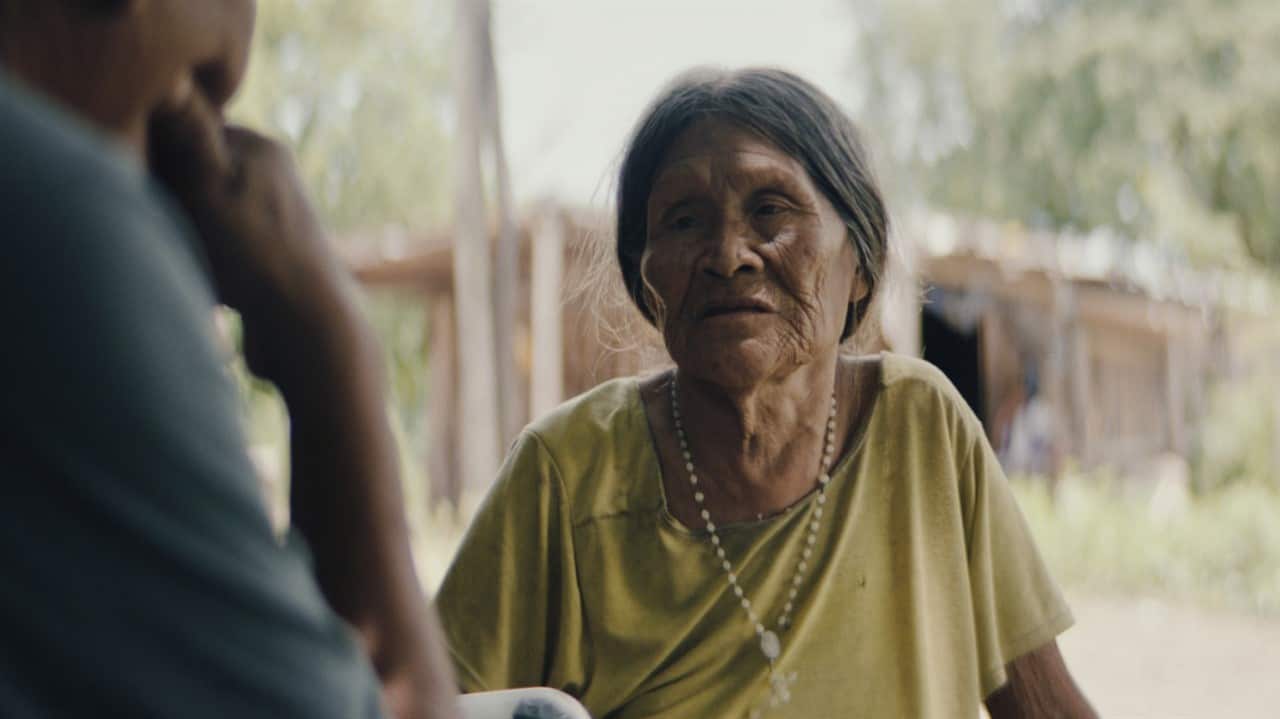 "It's an irreparable loss....nature, shelter, food, water, culture, meaning, beliefs, philosophy, spirituality—all torn apart beyond repair. And not many people knew about it! I needed to do something."
Film

"It's an irreparable loss....nature, shelter, food, water, culture, meaning, beliefs, philosophy, spirituality—all torn apart beyond repair. And not many people knew about it! I needed to do something."

For years, Mateo Sobode Chiqueno has wandered the arid and remote Paraguayan Chaco region, asking elderly Ayoreo people to recall what they remember about their culture before they were violently forced off their land by white missionaries. In a shoebox, he pulls out old cassette tapes, dusting off one after the other; the stories he’s collected provide some of the only recorded history of his people, firsthand testimonials of a culture that is at risk for disappearing.

In her quiet and moving film Nothing but the Sun (Apenas el Sol) filmmaker Arami Ullón takes audiences to this rarely seen part of the world to share Mateo’s story, and capture the larger story of an Indigenous population decimated by colonialism.

From their stolen land to their lack of drinking water, this film may be set in the Chaco Boreal Forest of South America, 10,000km south of Toronto, but it will strike a chord with any Canadian honestly reconciling the atrocities and inequities that our Indigenous populations faced, and continue to face, here at home.

Why was this film important for you to make?

I was deeply moved by the fact that the Ayoreo lost their home violently, and were never able to recover it. It is especially heartbreaking because their home, the Paraguayan Chaco forest, is actually disappearing every single day. The area has the fastest deforestation rate in the world. It’s an irreparable loss…nature, shelter, food, water, culture, meaning, beliefs, philosophy, spirituality—all torn apart beyond repair. And not many people knew about it. I needed to do something. A film isn’t  going to change their living conditions but could at least make them more visible.

What was the biggest lesson you learned while making Apenas el Sol?

I started observing and learning about all the colonial beliefs that we grow up with. How internalized they are and because of that, how difficult it is to dismantle them. It is a process that started about seven years ago, when I got in contact with the Ayoreo people, and it is still active nowadays. I hope it accompanies me my entire life, so I hopefully get rid of at least some of my inner colonial mandates.

Still from NOTHING BUT THE SUN of Mateo Sobode Chiqueno

What philosophy is currently helping to guide your career journey?

It is a moment of uncertainty for the whole of humanity, and this affects how I think about my career. In the last pandemic year, I realized that I had been reducing my life to the many processes of filmmaking that I normally work on: research, writing, directing, co-producing, and even distributing in Paraguay. But I had been giving little time to the most important thing for filmmaking: life outside of it. Allowing more ludic spaces, love, friendship, observation without a concrete goal, an active and caring relationship to my body and my senses, allowing boredom to give birth to possibility is vital for creativity. Dancing more again, letting the sunshine warm the skin…those things that in themselves are not a film, but only with them films can be made.

The landscape looks very desolate…what challenges did this present while making this film?

Logistically, it was a challenge for the production team. Every shooting day we needed to travel very long distances on dirt roads. We needed to avoid rain at any cost. If the rain hits when you are on the road you might need to stay there until the roads dry again, and that can take many days. Strong winds blow dust and sand all the time, so we needed to take extra care of lenses, microphones, etc., but also of eyes, skin, ears. The temperatures are reaching 45-48 degrees Celsius. The air is extremely dry and the water is scarce. But all of this is coming from a privileged western perspective. The Ayoreo were left in those desolate places without any other option, that is how they need to live. It is so important that they recover territory, their land, and with that, the access to what the forest can provide them. 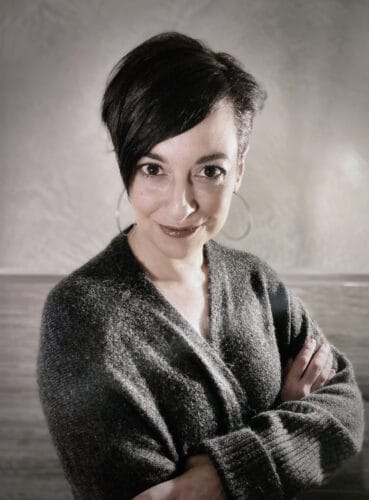 When you look back on making this film, ten years from now, what memory do you think will remain the most vivid?

So many memories. But I will tell you this one: the conversation between José Iquebi and Mateo, both Ayoreo men. Mateo wanted to confront José because he was one of the people who forced his parents out of the forest. Both of them died as a result and Mateo was still a child, that was how he became an orphan. But when Mateo and José finally got to talk about it, I witnessed that even though they were hurt and angry at each other, they both recognized themselves as victims of the western world that interrupted their lives and each of them reacted to this shock in the way they could to survive. In that same conversation, José Iquebi tells his own childhood conditions too: his white captors used to exhibit him, going from town to town, and people could pay to have a look at him and take his photo as a souvenir. Both grown-ups now, they have different points of view on missionary work, but they both know that the victims are the Ayoreo people, themselves.

What does being in Hot Docs this year mean to you?

We, as the team of the film, wanted to reach Canada. The film will for sure resonate with Canadian audiences who have a sensibility and solidarity for Indigenous rights. We know that the fight for equality is still going on and there is still a lot to do in this regard. That fact shortens distances between Paraguay Indigenous peoples and Canadian First Nations. And, of course, the experience is great. Audiences and industry are appreciating the film…I am very grateful.

Nothing but the Sun is playing at Hot Docs until May 9th. Buy your ticket here.