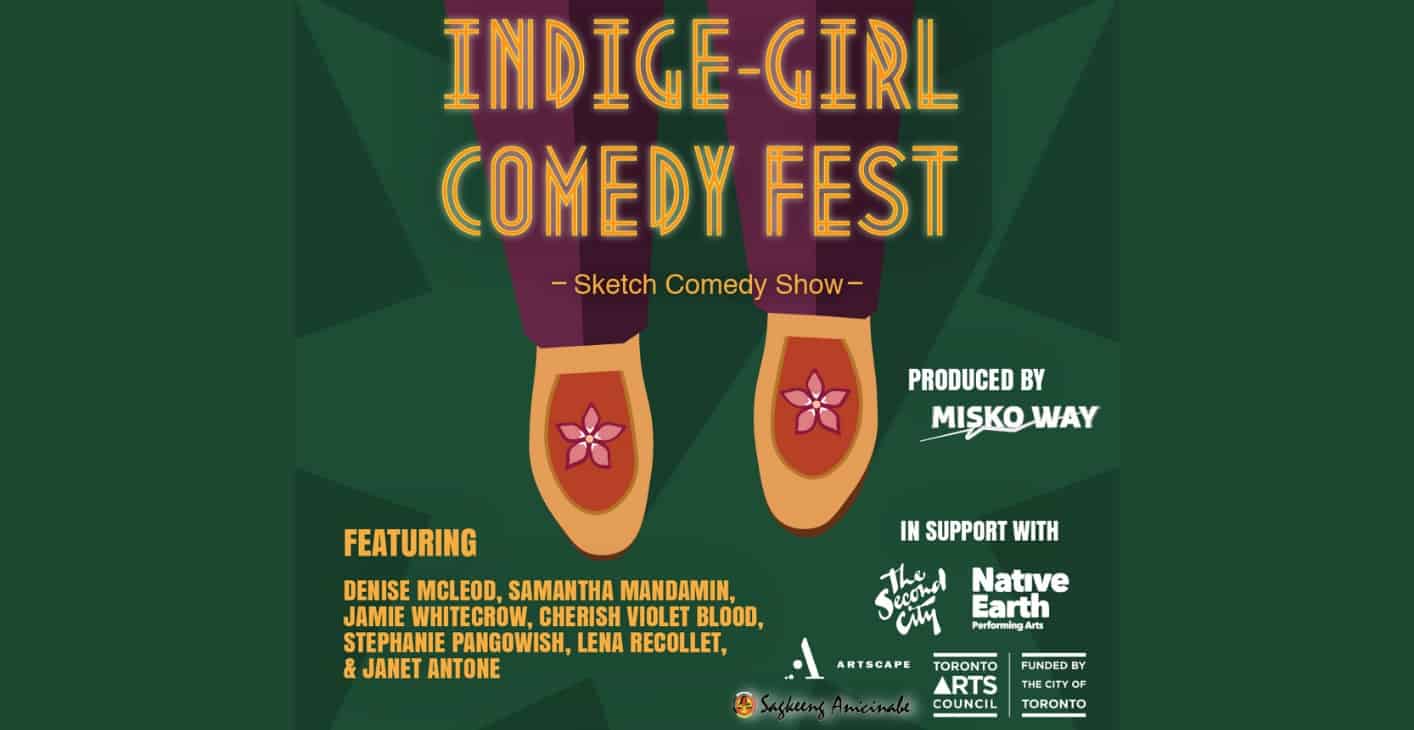 The showcase’s five comedic sketches express Indigenous perspectives and experiences about nature, colonial systems, politics and pop culture. While lots of Indigenous representation can be stereotypical or surface-level, IndigE-girl Comedy strives to engage both Indigenous and non-Indigenous audiences in more authentic and positive portrayals of the culture — while making you laugh, of course.

With elements of Anishinabe & Oneida cultures, the sketch comedy troupe “shares Indigenous stories and perspectives through humorous characters, animals and Indigenous experiences that battle negative stereotypes and support the diversifying the comedian persona to include female Indigenous comedians.”

The show was crafted as a result of IndigE-girl Comedy workshops in Toronto, Winnipeg, Saskatoon, and Vancouver, held as safe spaces for Indigenous women and LGBTQA2S people to build their skills in comedy. Their programming for Indigenous women is both healing and educational. IndigE-girl Comedy provides resources to aspiring comedians while also cultivating a community space to heal.

“We will build this to break barriers for the Indigenous comedians to access and practice their comedy vocabulary. By engaging with a range of established, emerging and aspiring comedians, we hope to build a community of support that will encourage Indigenous women and LGBTQA2S to advance their artistic practices in comedy,” says Debbie Courchene, owner of Misko Way Productions, the producing company of IndigE-girl Comedy workshops.

IndigE-girl Comedy is doing incredible work for Indigenous women comedians and we hope to see this comedy group continue to make their mark across the country.

The Toronto Sketch Comedy Festival is taking place virtually March 23-27, and features a stellar lineup of local comedic talent. The IndigE-girl Comedy sketch showcase can be viewed on Friday, March 25 as part of the Friday Night Special that also features an excerpt from Fatuma Adar’s critically acclaimed musical-comedy show She’s Not Special. Tickets are now available.