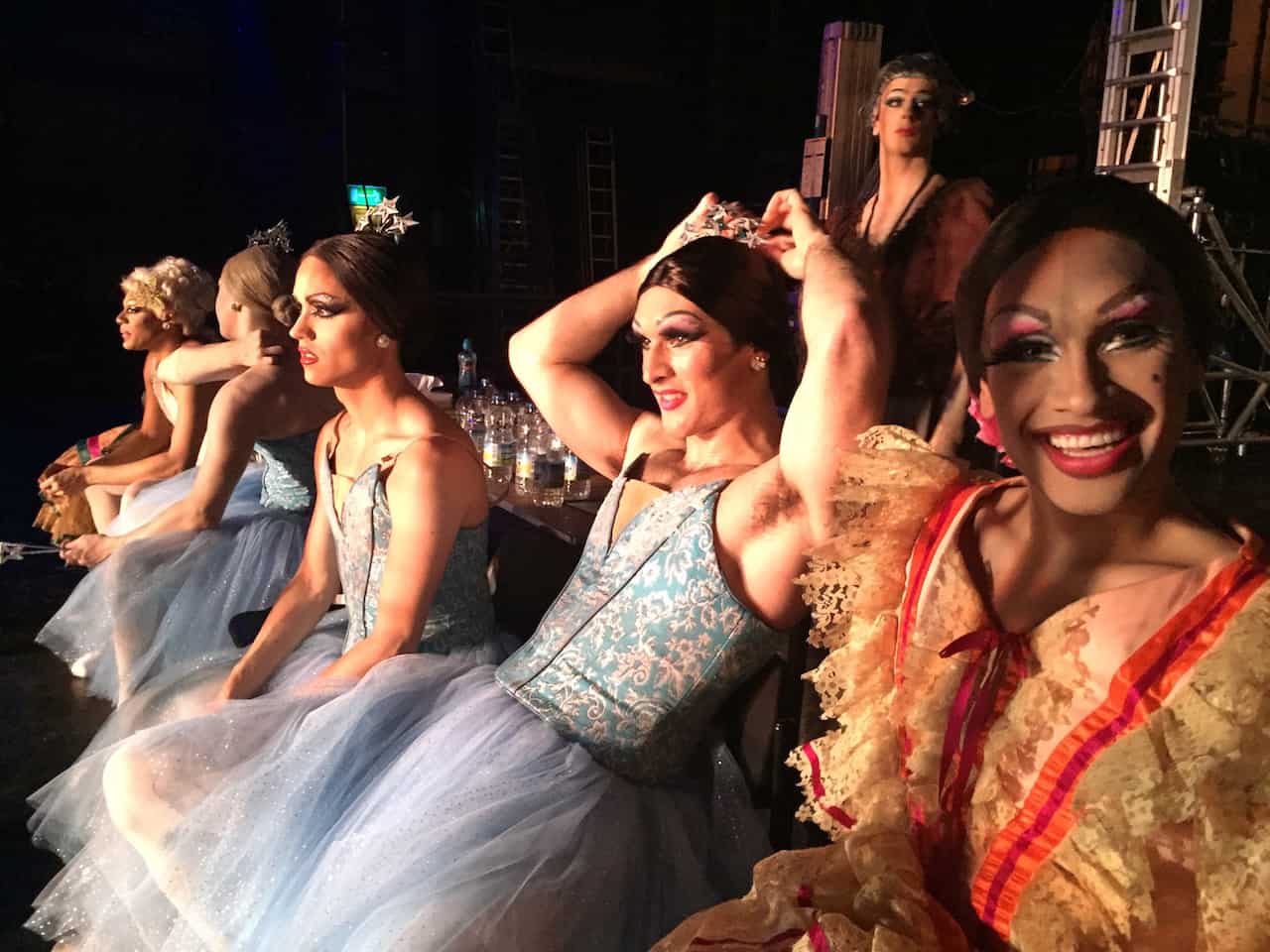 Inside Out: Rebels on Pointe, Directed by Bobbi Jo Hart

Rebels on Pointe is an affectionate and entertaining celebration of the world-famous Les Ballets Trockadero de Monte Carlo, the all-male drag ballet that mixes high art with sharp humour as it parodies the conventions and clichés of classical ballet. Established more than forty years ago from the social upheaval of post-Stonewall New York, and surviving through the worst years of the AIDS crisis, the company has developed a cult following around the world.

We chatted with Rebels on Pointe director, Bobbi Jo Hart.

SDTC: What was your first introduction to Les Ballets Trockadero de Monte Carlo?

BJH: I saw an ad in a Montreal paper four years ago for an upcoming performance and was enthralled. I thought, “Who ARE these men behind the make-up, tutus and pointe shoes!?” My university degree is in International Studies so I realize that my fascination with human nature and our shared humanity is a thread through all my documentary films as well.

What impressed you the most about their work?

I was immediately impressed by the Trocks’ professionalism and incredible talent. They have all been classically trained in the best ballet schools around the world, and most have dreamed of dancing with the company since they were young. I also find it phenomenal how they are able to expertly balance the impeccable technique with such hilarious parody of Russian imperial ballet. One minute you are laughing so hard and then the next you are in awe with incredible solo fouettes, amazing jumps or the beautiful synchronicity of the corps du ballet!

What surprised you the most about these men?

Their sheer determination and dedication to ballet. We imagine young girls putting in years and years to become a ballerina, but people do not realize there are young boys around the world doing the same thing…and doing it as well on pointe!

I was also surprised at what a dedicated cult following they have around the world, especially in Japan – where fans follow the company from performance to performance, from city to city, in order to see as many shows as possible and hopefully say hello after a show by the stage door.

The Trocks know many of their fans personally because they have returned to many cities and people love to go back again to see their favourite pieces of choreography by their favourite dancers or to discover new pieces and dancers as well!

I really hope this film helps global audiences discover the company and hopefully start following them to catch a live show as well, because they are incredible!

All of my films, as mentioned above, are a celebration of our shared humanity. They are also about rooting for the “underdog.” I gravitate toward making films about people who are doing things a bit differently, or are a bit “outside the box” of preconceived social and cultural norms. Those people going out on a limb (so to speak) because that is indeed where the fruit is!

I hope that the film helps a wider audience develop an interest and respect for these young men who are [not only] amazing dancers but also caring and wonderful human beings.

I hope audiences look inside their own hearts to examine their own notions of “normal” so that they not only embrace the Trocks’ incredibly unique way of expressing the world of ballet but also find the courage to take a little risk in their own lives – to say hello to someone on the subway who may look a little different, or perhaps encourage their child or friend to go ahead and do that thing they may have previously thought was “not what a boy or girl does.” To open their hearts and minds to ultimately celebrate our diverse world in all its colours and human repertoire!

Rebels on Pointe screens on May 29 at TIFF Bell Lightbox. Get tickets here.