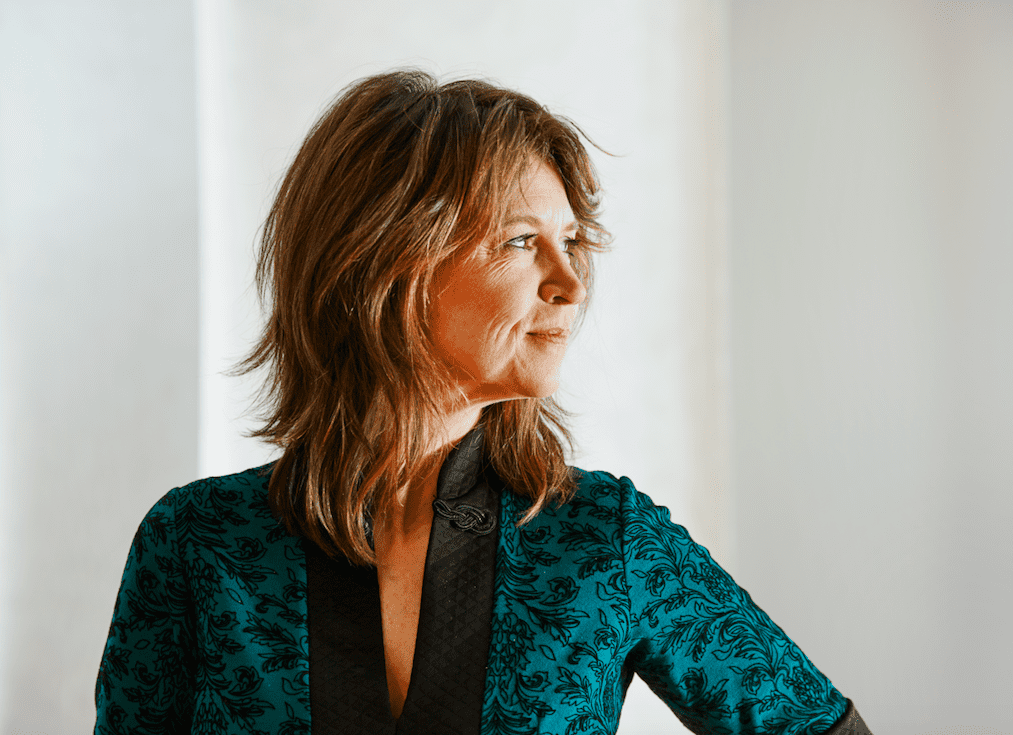 Nightwood Theatre is a company whose mandate is to produce creative, innovative, diverse female-driven theatre in Canada. In the midst of their 36th season, Nightwood Theatre is currently mounting Nirbhaya, written and directed by the critically and internationally acclaimed, Yael Farber.

Nirbhaya is a play based on the widely known incident that took place the night of December 16th 2012 in New Delhi when a young woman and her friend boarded a bus headed for home. Their horrific account of sexual violence shook people around the world. Kelly Thornton, the Artistic Director of Nightwood Theatre, was kind enough to take a few moments to answer some questions about this powerful piece of theatre, as well as give some insight as to what goes into the curation of a season at Nightwood, and offer some thoughts for emerging female artists.

Can you describe the process that goes into choosing the pieces that make up a season at Nightwood Theatre?

Season planning is a complex exercise of moving puzzle pieces. We first assess our plays in development to see what is ready for the MainStage. Other independent companies looking for partners (our little sister companies) are also on our radar. And often we partner with senior companies like Obsidian or Common Boots (formerly Theatre Columbus) to bring work to the stage. As a nomadic company, we then try and find appropriate venues and time slots for each show. Of course all of these artistic considerations are then filtered though financial considerations of our annual operations budget. The whole process takes several months to land.

What was the motivation behind your choice for including Nirbhaya in Nightwood’s 2015/2016 season?

Nirbhaya is somewhat outside of the box in terms of our programming model. Bringing in an international touring show is not a precedent at Nightwood; however, the subject matter and the universal message of breaking the silence around sexual violence was so pertinent that I immediately programmed it.

What kinds of discussions do you hope this piece will inspire?

This is a long overdue conversation that all of us in every society need to have. The women in Nirbhaya offer their own stories but in their talkbacks they ask for a show of hands as to who has directly or indirectly experienced sexual violence. No matter where they are, about 60% of the audience raises their hands. I led a talkback last night at the show and the same is true for our Toronto audience. This is an issue that needs to come out of the shadows of shame so we can stand together, men and women, and say enough is enough.

Nirbhaya is based on a profoundly disturbing incident that sparked outrage all over the world. Do you think there are any subjects in theatre that are “too sensitive” or “too upsetting” to tackle?

On the contrary, I think for some subjects there is no better forum than theatre to discuss the issue. With Nirbhaya, the testimonial work leads a rallying cry. I have spoken with a number of young women, theatre students, recent grads, young administrators and they were incredibly inspired to witness theatre that has this kind of power to awaken us. Many have said you don’t just passively watch with Nirbhaya, you actively witness it. This is theatre to change the world by.

Creating a space for women to share their voices and form relationships with other female artists is an invaluable contribution to Canadian theatre. Are there any misconceptions or challenges that go along with what you’re trying to achieve with this mandate? How do you address those challenges?

I sometimes get feedback or queries about why Nightwood can’t begin to do feminist stories written by men. While I appreciate that men are very much becoming part of the conversation, the statistics around gender equity in theatre are still very imbalanced, so Nightwood’s mission to propel women in Canadian theatre is still incredibly relevant and necessary. The national statistics show that about 27% of the plays produced in Canada per year are written by women and only about 30% are directed by women. Until this is more equitable, Nightwood has to continue to create a space for these female voices to be heard.

Besides fitting the mandate of your theatre, is there any preference given to the genre or style of theatre that is produced at Nightwood?

While Nightwood has an inherent leaning towards strong narrative, more recently we are seeing work that is experimenting with form (i.e., Obeah Opera’s all women a cappella ‘folk’ opera, the collective creation of Common Boots’ Public Servant, or the testimonial work of Nirbhaya). Some of the work that’s coming down the pipes for future seasons very experimental and exciting!

You’re currently in your 36th season. In your time as Artistic Director, has there been an evolution within the theatre community that is a direct result of having a company mandated for female-driven projects? What types of changes have you seen?

Within the theatre community there are always little sister companies cropping up, burgeoning feminist indy companies. I would also say the greatest influence we’ve had is around the equity issue. In 2002 I partnered with Playwrights Guild Women’s Caucus to form Equity in Canadian Theatre: The Women’s Initiative. In 2006 we presented a statistical report on gender equity in Canadian Theatre. We then partnered with PACT (the Professional Association of Canadian Theatres) in their Diversity Committee to continue to address this issue. We published the Canadian Women Director’s Catalogue to promote female talent across the country. Now we are so pleased to see Equity in Theatre take on this issue and continue to build awareness and action to address gender equity in theatre.

What motivates you most when it comes to creating theatre?

As the Artistic Director of Nightwood, I believe my mandate is inherently political; giving voice to women is a political act. Further to this, I am truly interested in programming theatre that can have impact and awaken its audience to an issue. The 2015/16 season, of which Nirbhaya is a part, is tackling some of the most pertinent issues of our time, from religion and misogyny (Unholy) to violence against women (Nirbhaya) to the pitfalls of Canada’s Refuge System (Refuge).

What is one piece of advice you’d give to a woman looking to create theatre in Canada?

Make it count. As an artist never, underestimate the power of a single voice. Write about what matters most to you, what you are frightened of, what challenges your place in the world. And take every opportunity to get your voice out there. I self produced for many years as an independent artist and its where I truly began to develop and refine my voice. Oh yes, and one more piece of advice: Get involved with Nightwood Theatre. See our shows, explore our programs. We are here to serve you!

Nirbhaya, written and directed by Yael Farber, runs at the Harbourfront Centre Theatre from November 18th-28th. You can find out more information about the show and purchase your tickets by clicking here. To find out more about Nightwood Theatre’s 2015/2016 season as well as the other programs they offer, check out their website.