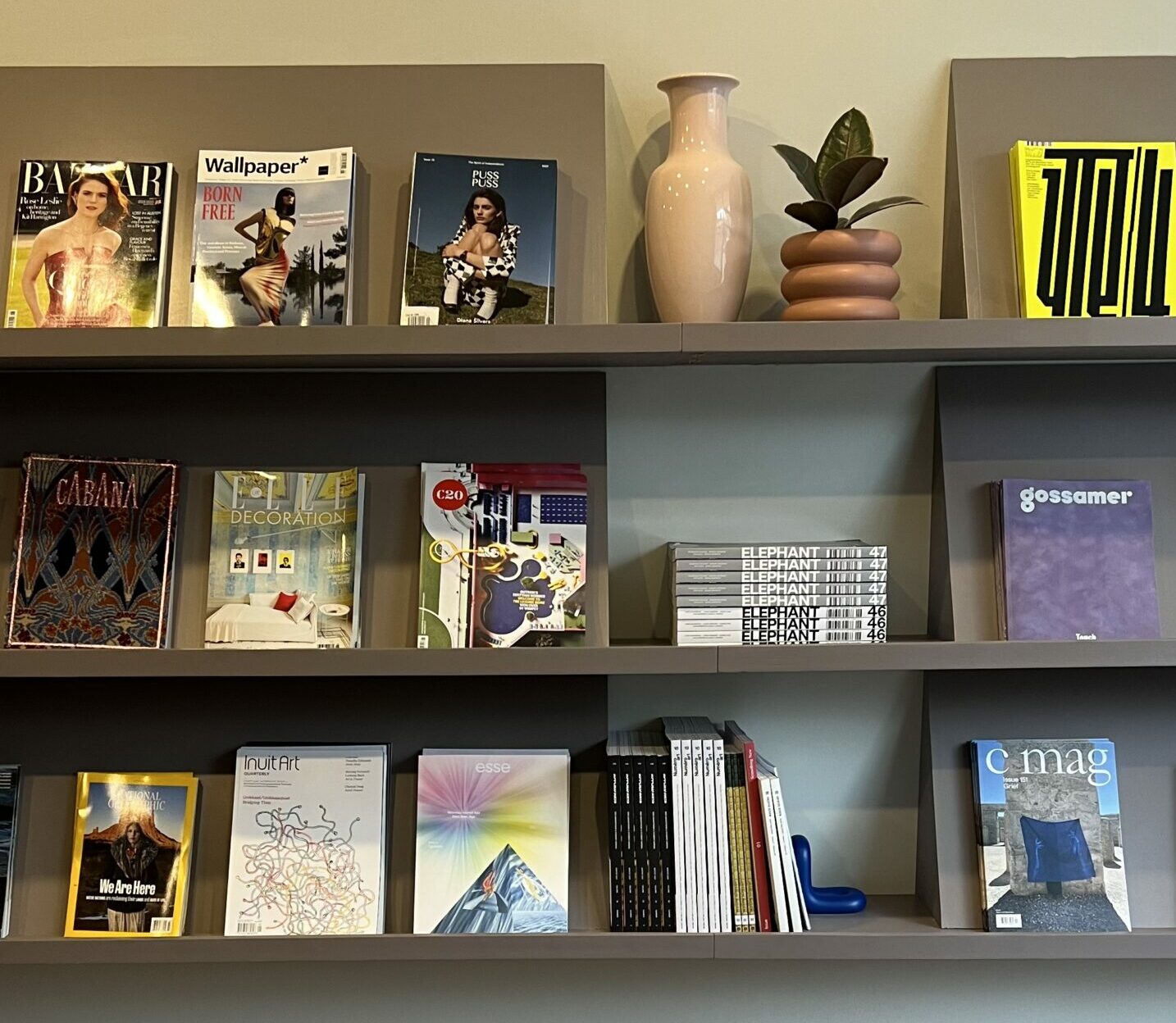 "I'm hoping to inject some energy, have a space where we can actually see all that hard work on the wall, flip through it, discover it, see the energy, connect to the global community — that's sort of the vibe I'm hoping for."
Art & Design

Nicola Hamilton refuses to believe that print is dying, and she’s launching a magazine shop to prove it. Issues is a one-of-a-kind boutique in Toronto — and a must-visit for any magazine lover.

Issues carries the mainstream, commercial magazines you know and love, but also a curated selection of independent and hard-to-find titles from around the world, with niche content ranging from interior design and fashion to cannabis, soccer culture, records and redheads. They’re also selling magazines online and shipping copies Canada-wide—one of only a few Canadian retailers to do so.

Hamilton has been working in the magazine industry for more than a decade as a graphic designer and art director. She’s spent time at some of the most beloved Canadian publications in the biz, beginning her career at The Grid, helping with Chatelaine’s redesign, working on alumni magazines for various universities, Air Canada’s in-flight magazine, and most recently, Best Health.

It’s not only her professional track record that makes her the perfect person to launch this shop. Simply put, she’s obsessed with magazines. “My hypothesis is that there’s more people like me that wanted something like this here,” she said. “I really hoped that somebody would open something like the shops I’ve seen elsewhere in the world that do both the commercial and the really special stuff, the sort of things to discover and stumble on and seek inspiration from. And no one did it.”

The shop is set to open next week; and on our Zoom call she shows me several magazines within arms reach, more copies piled on a table nearby, and more to unpack from boxes. Displaying the magazines is a priority for Hamilton — she finds joy in arranging them with care, in a way that reflects all the work lovingly poured into them. “One of the things that really makes me sad is walking into convenience stores where the magazines are dusty and folded over and they all look sad.”

There is a heavily repeated phrase that has loomed over the magazine industry for a while: “print is dying.” Hamilton doesn’t believe it is.

“The first instance of that statement, print is dead, landing in the zeitgeist that I know about is from the movie Ghostbusters in 1984. That’s a really long time for an industry to be dying,” said Hamilton, who points out that 122 new print magazines were launched in the US last year. 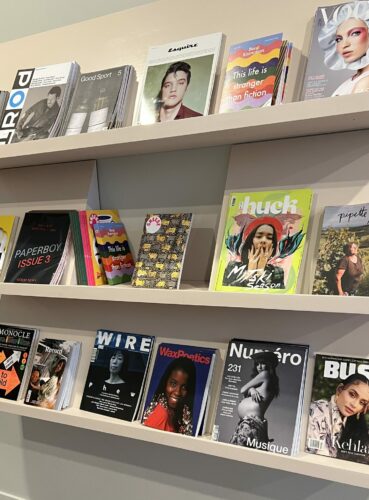 Compared with the diversity of genres and authors you can easily find in any bookstore, that same range isn’t as easily accessed with magazines. Factor in the monopolies that large magazine distributors have in Canada, and getting your hands on independently published magazines can be a real challenge.

But the people pouring their hearts into the creation of these magazines are still there, largely behind the scenes. While she loves being part of a community that’s passionate about keeping print alive, Hamilton notices some cynicism that can creep in, especially when magazine teams keep getting smaller and are expected to do more with less.

“What we do is actually very fucking cool, and there’s this sort of negativity around it. I’m hoping to inject some energy, have a space where we can actually see all that hard work on the wall, flip through it, discover it, see the energy, connect to the global community — that’s sort of the vibe I’m hoping for. A lot of optimism and a lot of fun and joy of discovery and inspiration.” 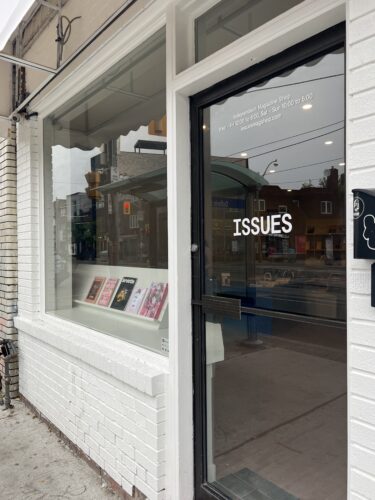 She envisions Issues growing into a sort of clubhouse, a hub for photographers, writers, artists, illustrators, and anyone else who loves print. “It’s a tiny community, but one that really does show up for each other. I’m hoping that sort of feeds into this clubhouse.”

Hamilton said there’s been some buzz about the shop so far from magazine enthusiasts, and her peers in the industry, and she’s hoping that will translate into sales. Until then, she’s eager to open the doors and do exactly what she loves most.

“I’m so looking forward to putting magazines on the shelves and starting to talk to people about magazines, which is my favourite thing in the whole world.”

Issues marked their soft launch this week, and their grand opening will be on July 20. The shop is located at 1489 Dundas St. W, and you can also shop online.

"I'm hoping to inject some energy, have a space where we can actually see all that hard work on the wall, flip through it, discover it, see the energy, connect to the global community — that's sort of the vibe I'm hoping for."