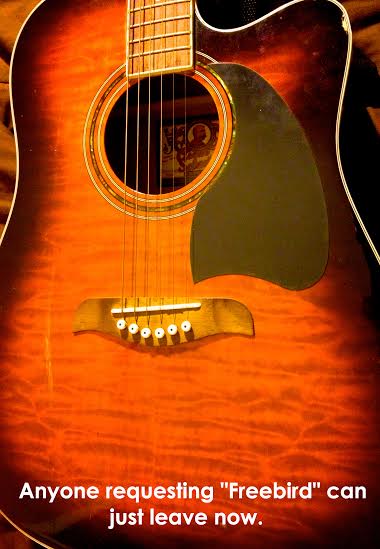 "With so much of our lives conducted by text and email and therefore devoid of tone and body language, it feels easier than ever to obsess over what people think of us."
Life Stories

It Wasn’t that Bad: A Bar Band Reminded Me to Stop Caring What Others Think

"With so much of our lives conducted by text and email and therefore devoid of tone and body language, it feels easier than ever to obsess over what people think of us."

To the casual observer, we were just a bunch of inebriated louts in a Pointe Saint-Charles restaurant delivering an off-key rendition of “Sweet Caroline.” In reality, it was my grandmother’s wake and my parents, siblings, uncles, aunts, and more cousins than you can shake an Irish stick at were celebrating her life by participating in our ultimate family tradition: the sometimes clumsy, always festive sing-along.

According to my dad, the sing-alongs started around 1973 or so, making the tradition at least 40 years old. I associate them with my grandmother’s old house where my siblings, my Montreal-dwelling cousins, and I would spend afternoons running around the neighbourhood (running in her house was STRICTLY forbidden). After a day of hotdogs and soda, we’d gather with the grown-ups to sing Beatles, Johnny Cash, and Peter, Paul, and Mary classics. One uncle played guitar. Another played piano. It was simple yet decidedly magical, and it brought all of us together. Whether you were classically trained or tone deaf was irrelevant. All that mattered was heart. In that brief moment, we didn’t have to care about what anyone thought of us—we just sang.

With so much of our lives conducted by text and email and therefore devoid of tone and body language, it feels easier than ever to obsess over what people think of us. I once decided that a person I barely knew hated me after misreading a short email from them. Facebook and Twitter keep me keenly aware of how popular I am with people I hardly know, because this is how to measure how much I’m winning (or losing) at life. And as logical as it would be to ignore all these barometers for how interesting a person I am, I pay a lot of attention to them and judge myself accordingly. Truth be told, it’s fucking draining.

So Friday night, I met my husband at a local bar. He’d texted me to say there was a band playing, wondering if I’d rather go elsewhere. Too tired to think of anywhere else to go and too desperate for a drink, I told him to stay put. Maybe the band would be great. And they were, but not in the way I expected.

They were a duo: a woman with incredible pipes and a man with gifted guitar hands. But instead of performing songs they knew, they were taking requests. It didn’t matter what the song was; if they could find the words and figure out a way to play it, it was happening. This was about having fun. They asked everyone to participate, perfection be damned. People requested “Walking in Memphis” and “American Pie;” I was surprised to realize I knew all the words to both. During their rendition of “Thank God I’m a Country Boy,” I turned to my husband and said “It’s just like a family sing-along!” “You mean, because it’s John Denver?” he asked. “No. Because we’re all singing and none of us cares how we sound!”

Sure, it might’ve been the liquid courage, but for a brief moment in time, we all seemed to let go of what anyone thought of us, celebrating life in a way that would make my grandmother so proud, she’d probably tweet about it from the great beyond.