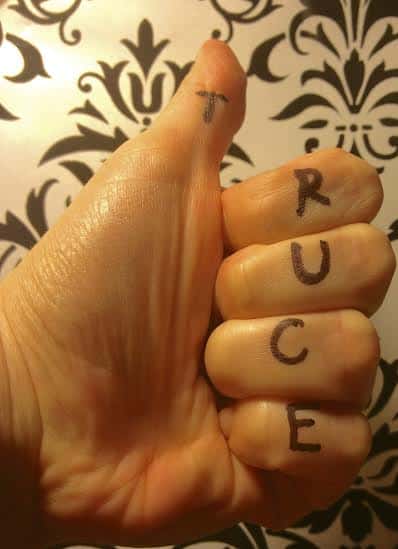 It Wasn’t that Bad: Possibly the Only Time Something Good Happened After Seeing an Ex on Facebook

The “People You May Know” section of Facebook is a heartless wench. I mean, sure, sometimes it gets it right, like when it allowed me to reconnect with a long-lost high school friend I now see regularly. For the most part though, its soulless, illogical algorithms ensure that friends-of-friends’-cousins of my mom’s old choir buddies are lumped into the same category as people I used to have impure thoughts about in high school. (Because what’s the difference, eh Facebook?)

Such was the case a few days ago when Facebook ventured that “Leslie” was a person I might know. Oh yes, I know Leslie. Leslie was one of the first people I obsessed over who was neither a celebrity, a rock star, a fictional character, nor dead. (I had a thing for Romantic poets, deal with it.)

When I look at old pictures of Leslie, I think of beef tartar—that is to say, I don’t understand the appeal. Leslie wasn’t particularly good-looking, save for their perfect bum. They weren’t particularly smart and were an average level of nice. Their taste in music was questionable at best (at least for teenage me who tried to hide her elementary school love for Paula Abdul with the unwarranted musical snobbery of someone who acted like they discovered Radiohead). But good god, was Leslie funny. That was what did it for me (along with the bum, naturally).

Leslie and I saw each other on and off, but we weren’t a couple in the real sense of the word. We never made any promises to each other in the form of a ring or an ID bracelet or whatever it was people typically used to make promises to each other in the 90s. But I liked Leslie. A lot. Probably altogether too much, one might say, since I was devastated when I found out they were seeing someone else. Since we had been operating under a falsely breezy, unspoken no-promises pact, though, I had to disguise my fury of a woman scorned, turning it all inward—obviously the healthiest possible option.

Leslie and I hadn’t spoken since that time. I hadn’t heard anything about them in 10, maybe even 15 years. But there they were on Facebook. A person I might (and did) know. I hesitated before looking at Leslie’s profile. No good could come of it. Did I really want to revisit that time in my life? Would some deep-seated rage surface? Logic lost the battle. I took a breath and clicked.

Confronted with a picture of Leslie, their partner, and their children, something weird started happening to my face. A slow grin turned into a smile I couldn’t control. Leslie just looked so HAPPY. Really, really happy. And there I was, so happy FOR Leslie. Not the reaction I expected at all. Like many people, the only time I’m usually happy about seeing an ex online is if they’ve gotten fat. And isn’t Facebook supposed to make me feel bad about myself and my lack of accomplishments? That’s why it was invented, right?

But no, for some bizarre reason, I sat there, realizing all the anger I used to feel towards Leslie had disappeared, replaced by a genuine sense of joy for the life they had now, and a sense of relief that sometimes—not often, but sometimes—social media can be a great thing.

Tags: Exes, Facebook, It Wasn’t That Bad, Moving On

Tinder’d Out? Facebook Dating Has Just Launched in Canada!