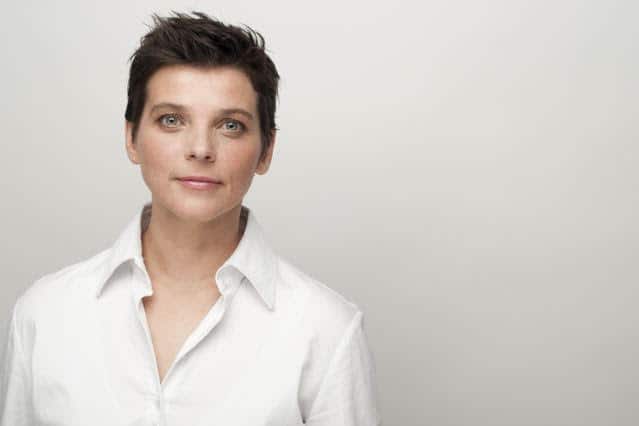 Joanne Vannicola is an Emmy Award-winning actor and writer and has also been nominated for a Genie, a Gemini, and an ACTRA award. She is the Chair of the first LGBTQ+ committee for the actors union, ACTRA, and sits on the sexual assault ad hoc committee at ACTRA for women in film and television. Joanne founded the non-profit organization, Youth Out Loud, to raise awareness about child abuse and sexual violence. Her memoir, All We Knew But Couldn’t Say (Dundurn Press), came out last month.

We chatted with Joanne this week.

JV: Any place that has an ocean and vibrant culture where I can learn about other communities and how people live, the art, politics, and social experiences in other countries. I love wildlife, walks, time to write, and learn, and try new things, no matter what. Adventure.

My recently published memoir is commanding a lot of my time and attention. It was just released and there have been a number of events and workshops I’ve attended because of it, which have been incredible. Also new writings and collaboration with others on projects for screen and print.

That I am capable of so much. That I am determined and strong, and even when things are horribly difficult, I can find my way through the cluttered path to a brighter space.

Fun facts are not what I’m known for! Lol. I’m obsessed with photography and wildlife. And I’m a big kid. I really do love to play. Anything. Games, sport, water adventures, exploring the world, anything with wheels. I think I’m making up for having to grow up so quickly.

Okay, so I saw a film on FGM called In the Name of Your Daughter by Giselle Portenier. These brave girls—children—who run from their families in order to not get cut at the age of 8 or 10. It’s heartbreaking and yet so inspiring all at the same time to witness the strength and conviction of the girls and their teachers and support workers. And the show When They See Us also tore my heart out, about the Central Park Five by Ava Duvernay. Genius. Book: Long Way Down by Jason Reynolds. He writes about youth in such a way that gets to the heart. The book is an entire story written as one long poem.

Maybe the most complex would be to hide my expression of gender, being non-binary, and my identity as a lesbian. Some might think it’s “good” advice in terms of having more access to employment, but it’s toxic. We must change culture so that there is more employment and access, and eradicate misogyny and homophobia. No one should ever feel invisible or less than in their own skin or be discriminated against, or be impoverished.

Every day I wake and try to remember to be a better human, to work for change for those most in need: women, youth, and LGBTQ people from all races and beliefs. Maybe it’s to remind myself of others, no matter how challenging life gets.

I want my book to be successful and want it to reach many people. My goal is to keep working so that I create more employment for myself through writing, acting, speaking, and advocacy, but also, that the years of work I put into my book must not stop now that it has just been released. My dream is to get it to Oprah and Ellen DeGeneres and others. Dream big, I say. And more writing. I am co-creator with two women on a show we will hopefully pitch soon. We shot a video/short for the pitch. Fingers crossed.

What was the most challenging part of your memoir to write, and why?

I had to consider the living and reactions to exposing such intimate details. They are mostly my experiences; however, it is still difficult to write about dysfunctional parents and the fallout. Also, revealing my most raw moments as a teen and young adult was difficult to put on paper. But I did not want to sugarcoat the writing about eating disorders, or violence, or saying goodbye to a dying parent, and how these moments and years attach themselves to our core. Working that out takes effort, and the writing of it took time, but I found it, like deep diving into old wounds and trusting I would be fine. Then writing about healing, death, family struggles, community, and triumphant discovery. All big in terms of writing.

To keep going and to not give up. I wasn’t sure for a while if my book would get published, but it did because I refused to stop going until it was out, and I’m grateful.

Live on my own as a teenager in a new city. If you’d have asked me then, I wouldn’t have known how courageous it was. It was just survival.

Quiet. If it’s summer—finding water, or taking pictures. Watching a show or a movie, or listening to music, things that fill me up. And, did I mention play earlier?

I want an electric scooter.

Discovering I can speak to Siri and she can type messages for me. I know, boring.

Many surprises. Perhaps because my book was just published, but so many people have been generous and supportive and life-affirming, or they open up to tell me their stories. No small talk. It opens a door to real exchange. I’m literally an open book now and it somehow gives others permission to reveal themselves, I believe.

No, I’m not where I thought I would be. But I also did not understand the culture when I was a young female and feminist. I believed that when I grew up, parity and equity would be achieved for all humans. I did not understand how misogyny and homophobia would impact my life. But now that I have lived through it, well, it’s not for lack of hard work on my part, but the barriers have been so big. It’s designed that way so that those with most power can keep it.

We must break down those barriers, fight, and work through it so that we dismantle that power structure, and open up the gates for women, POC, and LGBTQ people. I believe in change, have hope. I believe things can and will improve. I have also achieved great things too, and success. The barriers only made me want to work harder.