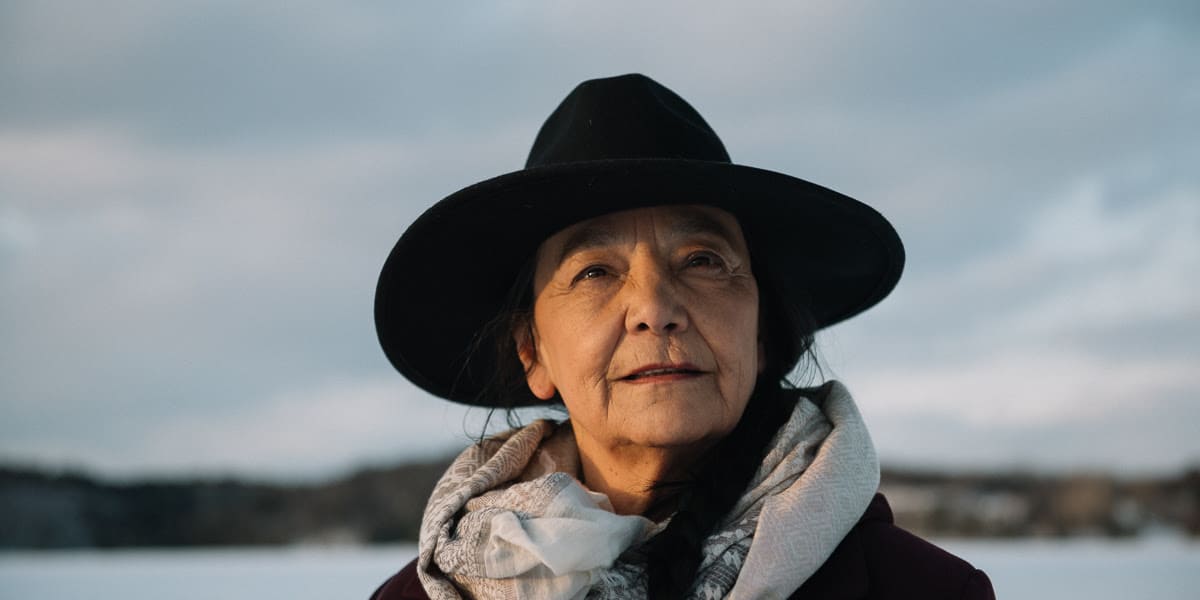 If hitting a drive-in movie is on your summer bucket list, and you want to be wowed by great cinema, then consider heading to Ontario Place next Tuesday (July 27) for imagineNATIVE’s FREE screening of Falls Around Her.

Darlene Naponse’s stunning film, starring the legendary Tantoo Cardinal, was the opening gala film at the 2018 imagineNATIVE Film + Media Arts Festival, and was such a hit that it cinched the Audience Choice Award. Critics have also praised Naponse’s dramatic thriller, with Macleans Magazine describing Cardinal’s stunning performance as “scarily powerful.”

The film follows Mary Birchbark (Tantoo Cardinal), a world-famous Anishinaabe musician, on her journey back home to her northern reserve. After a long time on the road, Mary is in search of peace and quiet, but finds herself being followed. As she tries to combat a constant series of requests for her time, she also begins to fear that she is being trailed by an unwanted pursuer. The trailer gave us chills.

We connected with Naponse back in 2019, when the film first released, and the Anishinaabe Kwe writer and filmmaker shared a little bit of her story with us. Gripping from the get-go, securing your spot at this this screening definitely promises an enthralling Tuesday night, as well as an opportunity to support Indigenous storytelling and learn more about imagineNATIVE.

Tickets are still available, but we suspect they’ll move fast.

Gates open at 8:00 PM and drive-in spots are on a first-come first-served basis. Ticket-holders must arrive by 9:15 PM to secure their spot and beyond that time, remaining spots will open up to the rush line. The screening begins at 9:30 PM. Concessions will be available for purchase in a drive-through format exclusively upon entry; they will not be available to purchase once guests have passed the concession stand. Enjoy!