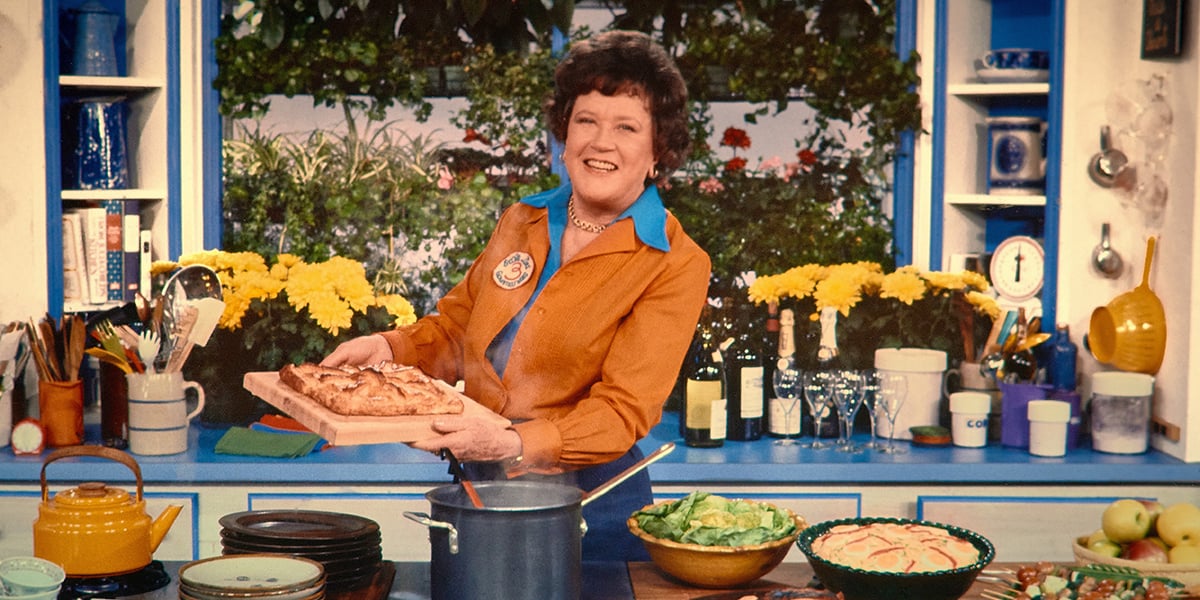 Julia is the third documentary that Julie Cohen and Betsy West have co-directed. On a mission to highlight the work of phenomenal American women, the duo have already brought audiences the Oscar-nominated RGB, which details Supreme Court Justice Ruth Bader Ginsburg’s life and landmark work on women’s rights, and A look at the life and ideas of Pauli Murray, which explores the work of Pauli Murray, a non-binary Black lawyer, activist, and poet. Julia is an in-depth look at Julia Child, the chef and TV personality that changed the way food was seen and enjoyed in America.

Like their other films, Julia is dense with fascinating factual information, revealing countless intriguing stories about the icon. It’s an absolute pleasure to watch—a film that activates all senses that will have you dreaming of a vacation in France, and inspire you to get creative in the kitchen.

Before Julia Child, Americans were eating jello salads and fixated on TV dinners. The idea of convenience had surpassed taste. She ignited their imagination, and taught the country how to use garlic, how to be generous with butter, how to make the perfect omelette, roast a chicken, filet a fish, and respect and enjoy all the steps that go into creating a meal with love.

Born in 1912, the film begins with Julia Child’s privileged and conservative childhood in Pasadena, California. As a young adult, Julia moves to New York City in search of adventure, and shortly thereafter, World War 2 begins. Julia crosses the ocean to Sri Lanka, where she works as a research assistant in the Secret Intelligence division. It is there where she meets the love of her life, Paul Cushing Child. Post-war, the couple move to Paris, France, where Paul is stationed as an Exhibitions Officer, part of the United States Information Society. It is in France where Julia discovers herself, her passions, and her purpose, and Julia captures this exciting chapter with fervour.

Exploring the French markets, cafés and bistros, Julia begins her love affair with French food, which eventually leads her to study at the Cordon Bleu cooking school in Paris. Julia is the only woman pupil, but at an impressive height of 6ft5, towers over most of her classmates.

While the doc shares all of her successes, this is a film about perseverance and finding one’s true calling. Nothing comes easy for Julia. It took several years before she was able to get a publisher to believe in her idea for a cookbook about French food. Once she finally found a publishing house that saw potential, Mastering The Art of French Cooking was born, forever altering the American food landscape. It continues to be one of the top-selling cookbooks of all time.

Julia’s career began in her fifties, and at age 87, she launched a 22-episode series on PBS, Julia and Jacques Cooking At Home, with French chef Jacques Pepin. Even at a very old age, her joie de vivre showed no signs of diminishing.

Food lovers will enjoy this documentary for its many scenes over a steaming hot oven, but more than anything, this is a story about reinventing oneself at any age. Julia is an absolute joy to watch.

Julia is now playing at Hot Docs Cinema, and opens in select theatres across Canada December 3.