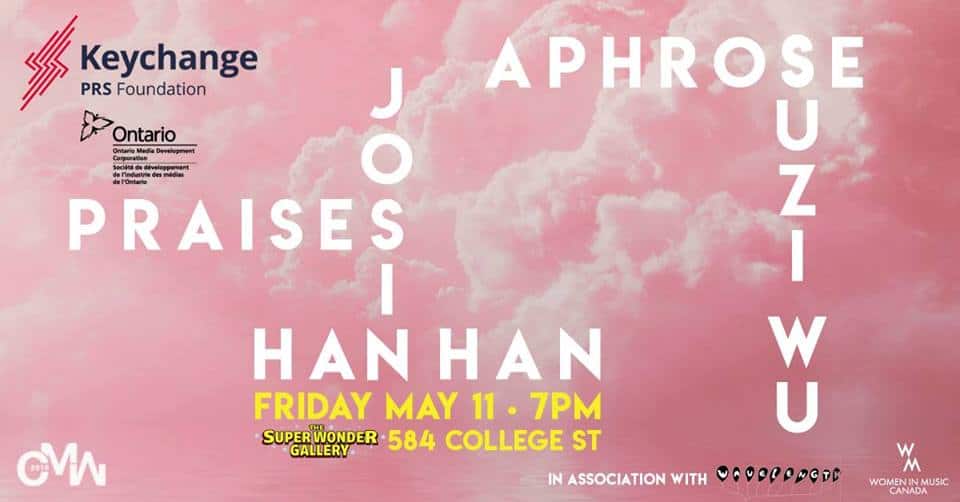 Canadian Music Week has signed on to a new initiative, Keychange, which empowers women to transform the future of music. Its goal? To achieve a 50:50 gender balance at festivals and music conferences by 2022.

“I think there are a lot of myths that need to be dispelled in terms of why women don’t get programmed on festival lineups and why women aren’t at conferences,” says Marina Adam, Manager at Ontario Music Office. “You hear everything from ‘There aren’t enough women in the talent pool’ to ‘Women don’t sell beer at festivals!’ At conferences, you hear there aren’t enough qualified women in executive or professional positions to be on these panels. Working with Keychange is a really good opportunity to dispel those myths and provide festivals and conferences with more resources.”

With Keychange, the goal is to assist conferences and festivals in expanding their horizons and to point out the economic benefits that can be reached from including more women. The initiative started at the end of 2017 with six festivals signing on–that number has swelled to forty-five. Here in Canada, CMW, NXNE and Mutek have already signed on.

As a consumer, you can show support in where you choose to spend your money. “When I look at festival lineups,” says Adam, “I’m really conscious of noticing who is programmed. We all love music, but it’s just being a bit more conscious in choosing the festivals that have that diversity, because I think in the end, it’s a lot more interesting. When we see the inclusion of more gender parity and more diverse communities, it’s going to up the production value of festivals and expand audiences. Be aware of what’s out there, and choose to go outside the box.”