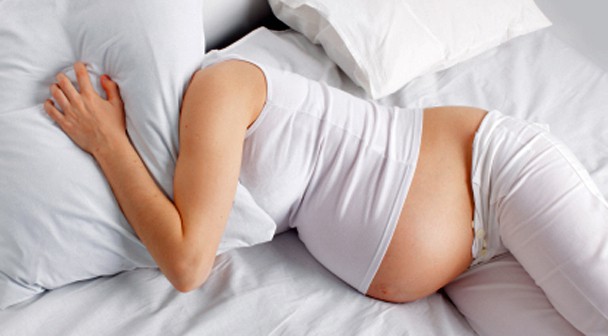 Knocked Up? 10 Tips To Navigate the Weird World of Pregnancy

Last September, I found out I was knocked up.

I’ve never been pregnant before, and it has been one weird ride (my ribs are currently being pummeled from the inside – a discomfiting sensation, to say the least). Here is what I’ve learned so far, along with some tips to help you if you find yourself in my state anytime soon.

People will want to touch your stomach. Maybe they want to feel the fetus reaching back through your skin, Aliens-style. Maybe they want to confirm there’s a baby in there and not just a pile of cheeseburgers. It’s up to you whether or not to allow this. If you want to be alone, create a forcefield of farts around you.

You may want to bang all the time. Or never. Most days I am good to go. A few months ago, however, I was so sensitive that a tongue flick made me feel like barfing and punching someone. Get it while you still want to. You may not be so randy later on (I’ve heard).

Pissing all the time. Soon, you will be peeing thirty times per minute (rough estimate). At night this will be particularly irksome. You will be half asleep, so clear a path free of debris and tripping hazards.

Barfing all the time. I had morning sickness for about 3 months straight, a constant unending nausea. Every where I went, I was hyper-aware of where the restrooms were. (Don’t lie, I know you’ve got a gross staff washroom down in that basement!) Mercifully, Diclectin (which contains vitamin B-6 and the antihistamine doxylamine) worked its’ sweet, sweet medicinal magic and kept me functioning. You can also try vitamin B-6 on its own, which doesn’t require a prescription (plus it’s way cheaper).

If they don’t ask, don’t blather. Some people will be curious about your new state, some may be thrilled and want to discuss your birthing plan and give you unending advice. Some people couldn’t care less. Others may be struggling to get pregnant and don’t want to hear you gush about onesie shopping. Be attentive to people’s cues. Don’t forget that everyone is going through their own thing.

Don’t mind her face. When I was getting my second ultrasound (where they determine gender and note any visible defects), the screen was angled away so I couldn’t what the ultrasound tech was looking at. All I could see was her blue-lit face as she scowled at the screen and knitted her brow. “Is everything OK?” I stammered. “I…think so,” she muttered, ominously. “We shall see.” WHAT. Her resting bitch face lent itself to vague, negative inferences. Everything turned out normal, but if I had a do-over I would not have searched her face for clues.

Judgers gonna judge. The child-free judge the moms (and vice-versa), pregnant women judge other pregnant women and parents will divide themselves into camps on any number of issues; sleep training, breastfeeding, discipline, weight gain, cloth or disposable, epidural or no, and on and on ad nauseum. Fanatical ideologues will appear on social media, hell-bent on your conversion to their way of thinking. Remember: It’s your body, your baby, and no one’s mind was ever changed by a Facebook argument.

Milk it. You face months of being quasi-uncomfortable, and you can’t even get a little buzz on to distract yourself from it all. So milk this whole pregnancy thing for all its worth. If people want to bend over backwards to accommodate you, so be it. Say yes to all offers for snack runs, back rubs and seats offered up on the bus.

Don’t Stress About Your Regimes. I had the greatest intentions of keeping up my fitness level and maintaining a disciplined workout schedule throughout pregnancy. Fast forward 29 weeks and I have already pulled my groin and now shuffle everywhere. Listen to your body, friends. Listen well.

Stay the hell inside. Pregnancy is a great excuse to get out of nearly every social engagement you’re less-than-thrilled about attending. This is convenient, especially in winter when it’s cold and you’d rather just burrow into your couch for a long night with Frank Underwood. It’s the ultimate Get Out of Jail Free card.

Tiffy Thompson is an editor at She Does The City. To read more sordid pregnancy tales, visit her blog, Don’t Say ‘Preggo’ (I’m Not Tomato Sauce).