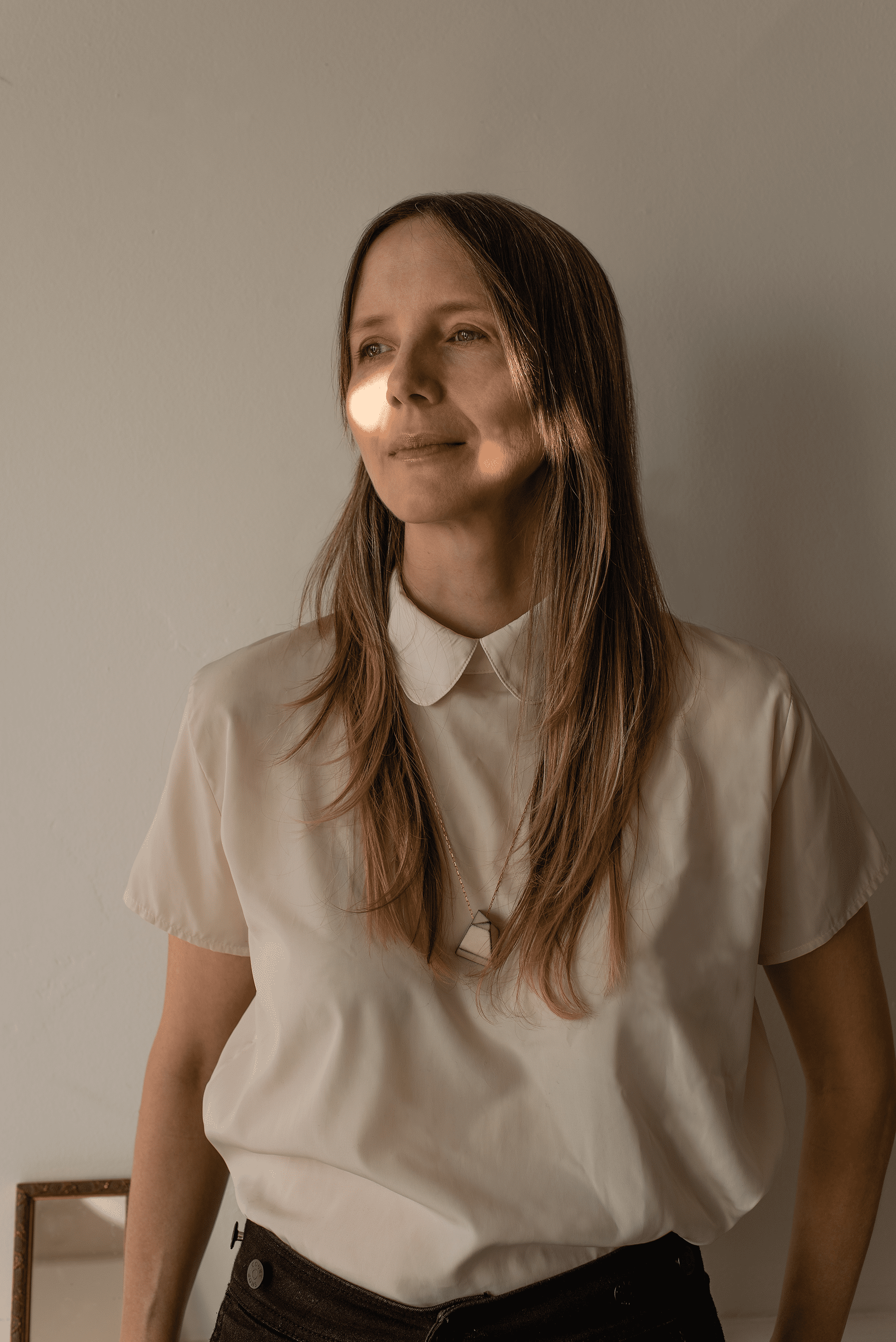 La Faute is the solo project of Peggy Messing, a visual artist, multi-instrumentalist singer-songwriter from Winnipeg, now based in Toronto. She’s a lifelong bedroom artist, creating art and music in her private factory. Her latest EP tackles themes of altered mental states, how we perceive our own actions, and how we remember.

“I have been sleep-deprived for years and have worked late into the night, so I am often working in a half-dream state, where I am quite happy to be,” says Messing. “When I am in these foggy states, I am trying to describe these pictures I see, these memories and dreams that I can never quite get a hold of. I sometimes see this process as taking incomplete notes on garbled communications from ‘the beyond,’ or maybe from my true self from whom I am too remote to fully hear.”

Her single, Count of Three, dropped this week.

SDTC: What was happening in your life that informed your latest album?

PM: The way I write or make art has always been like taking dictation from a distant radio with a fragile signal. I slowly wrote the songs for this EP after my daughter was born. I had her prematurely and we had to shield her from germs for a long time, so we were home a lot, sort of quarantined. I also began having a waxing and waning autoimmune illness that I still deal with. I wrote in a dream-state. The cycle of waking and sleeping became a hypnotic routine of love and tiredness, and I was up alone late in the night very often. My brain was changed, my body, my relationships. I wrote these songs in altered states, feeling my way along.

Who/what has had the greatest influence on your music career?

Volunteering as a coach at Girls Rock Camp Toronto was life-changing. I had spent some years in very male musical environments. Until I went into Rock Camp, I hadn’t even noticed how much I was used to always bracing myself against getting steamrolled, having to be a good sport about sexist stuff, and working extra hard to be listened to.

At GRCT, it felt like some annoying background white noise that had been there forever got turned off. Then I saw eight-year-old kids and awkward teens pick up instruments they had never played and write and perform songs from the heart with total courage. It made me pull up my socks. I started playing electric guitar and beefing up my music theory knowledge, which has always been my sore point. I read a million manuals and watched tutorials to understand the gear and recording/production side of things. I think I will always be learning and struggling with music, and I may always feel like an imposter, but I hold dear the ethos of Girls Rock Camp and try to do my thing with courage.

What song always makes you get up and move?

So many. There’s one by a local act called The Sorority that’s great called “Wildin’” that has a nice slow BPM to suit my lazy dancing ways.

That elusive feeling—it’s never where I’m looking for it. I go in two directions. One is when I feel my daughter’s small body relax completely against me; it’s magic, it stops time. On the other hand, I also love being alone. I like to take the bus or the train by myself to places where no one knows me, and just walk around seeing a place with new eyes. I like to stay up late to write and make things. The air is thinner when everyone is sleeping, and I can dial in to whatever it is I’m listening for.

Tropical Joe’s is a hidden Guyanese gem in the Gerrard Square mall in the east end of Toronto. The Winnipegger in me likes food that you don’t have to dress up to eat.

Angry Inuk by Alethea Arnanuq-Baril. It’s free on NFB. It’s a doc about Inuit and their relationship to seals and the land and the rest of the world. Beautiful, funny, smart and infuriating.

I just finished Heartbreaker by Toronto author Claudia Dey. It was a puzzle with darkness and humour.

I am from Winnipeg and Montreal, so sometimes the fanciness and wealth of Toronto overwhelms me. I like the ramshackle homeliness of the Tranzac and visiting the Toronto Reference Library with its weird drawers full of cut-out magazine pictures. I love the Monkey’s Paw bookstore, and this café where I write lyrics that I call the ASMR café because of its relaxing acoustics.

I want to see Daniel Barrow perform his latest piece, “I Can’t Stop Looking at You.” I missed him last time he was here but I love anything he does.

Matches, a sturdy tent, a guitar, a cozy bed and flares. I would relax and linger for a while, record some ideas, then get super lonely and have fun setting off flares calling for a timely rescue. This actually sounds like kind of a good vacation, if I replaced the tent with a deluxe geodesic dome of some kind.

The time I forgot to go home from half-day kindergarten because I was working so hard on my drawing. I looked up and there were all these other kids in the room. The teacher forgot about me.

I’m trying to do what I can with what I have. I am very aware that my daughter is watching me and learning. What I want for her, things like justice and compassion for self and others, I try to have also.

I always need to get better at guitar. I’d like my live show to develop more this year.

Take off the brakes. Don’t edit your creative work while you are first thinking of it. Save the evaluation for later. Also, it’s never too late to start.

My favourite clothes make me look like I’m in uniform or like a studious librarian of either gender.

Decolonizing. More specifically, I have been very interested in supporting efforts by Inuk activists to bring attention to ongoing colonization practices that are happening in Nunavut. A lot of us in the South are unaware of the incredibly high cost of food and rent there, and that there are discriminatory hiring policies that privilege Southerners getting jobs with subsidized staff housing and living allowances that aren’t usually made available to Inuit.

Canada forced Inuit to move into towns and join the cash economy in the fifties, and we extract millions in resources from their land in a one-way flow of money. I feel like as a Southerner, a settler, I could do my part to push the federal government to uphold its end of the Nunavut Land Claim Agreement and to try to get more of my fellow Southerners to push for fairer conditions for Northerners.

I feel like I am getting closer to making the work I mean to make. Things never come out the way you picture them in your head, but I might be getting nearer.

I want to try to share the things I have been making with people, and maybe partner with other musicians for live shows, after working alone [for so long]. I want to bring other people up if I go up. I want to stay healthy and go at my own pace. And, of course, I am always excited about the next song that isn’t written yet.